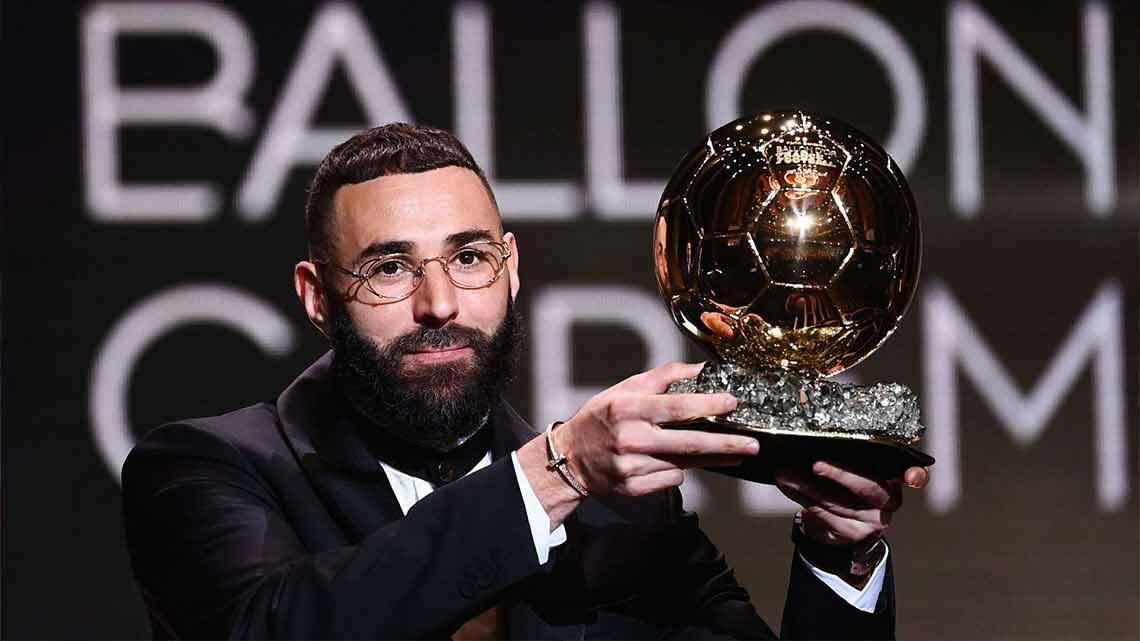 PARIS – Karim Benzema is first time named as the 2022 Ballon d’Or Man Player of the Year.

The 34 years old striker who will turn 35 in two more weeks, is the sixth French player to be awarded this honour, and the ninth Real Madrid player to win this title.

Benzema, who was also named as the UEFA Player of the Season 2021/22, had scored 44 goals in 46 matches last season, and helped the Spanish giant club to win the UEFA Champions League and LaLiga titles, he is also the top scorer for both competitions.

The French striker performed his best in the qualification stages of Champions League last season, scoring ten goals in six matches from the round of 16 to the semi-final, including two hat-tricks against Paris Saint-Germain at home and Chelsea in the away game, a deciding goal in the home match to eliminate Chelsea, and three goals in the two rounds against Manchester City in the semi.

Although at an age close to his retirement, Benzema still maintained top performance in recent years, as well as this season, when had scored once in the “Spanish derby” to defeat Barcelona 3-1 last weekend.

The Era Without CR7 and Messi

In the list of Ballon d’Or best players, the two legends Cristiano Ronaldo and Lionel Messi were out of the top 19, for the first time in 17 years.

Ronaldo, the five times winner, is ranked 20th in this year’s list, while Messi, the record holder who was named seven times, is even out of the 30’s.

The absence of these two phenomenon players probably indicates the new era after the reigning decades of CR7+M10.

Mbappe is Not in the Top 3

Liverpool’s top player Mohamed Salah is in fifth place, while the French talented superstar Kylian Mbappe is sixth. The PSG attacker who is the currently most valuable player, predicted himself to be in the top three before this ceremony.

Tottenham Hotspurs’ Korean forward Son Heung-Min is in 11th place, making the best position for an Asian player in the history of this event. Son was the Golden Boot winner of the Premier League last season.

In the other categories of Ballon d’Or, Belgian Thibaut Courtios is awarded the Yashin Trophy (best goalkeeper of the year).

Meanwhile, Gavi from Barcelona won the Kopa Trophy (best young player of the year), to praise the aged 18 talent who represented the Spanish national team as well.

Manchester City surprised the public by winning the club of the year, defeating Real Madrid and Liverpool.

The English Premier League reigning champion won the league titles fourth time in five years but was eliminated by Real Madrid in the Champions League.