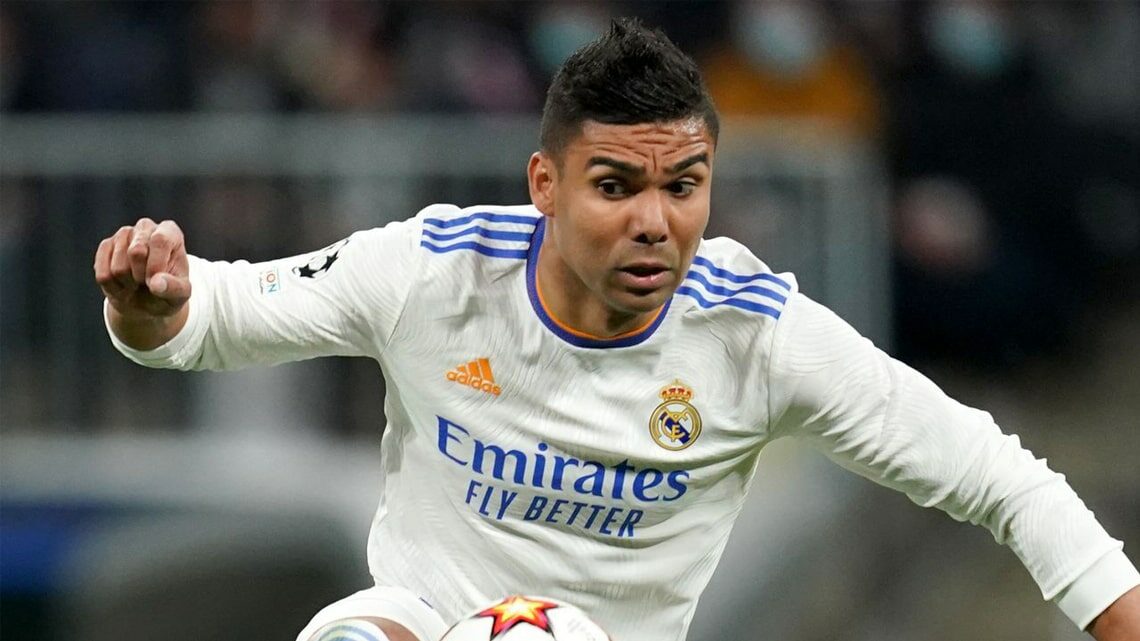 LONDON – Brazilian Casemiro is close to joining Manchester United from Real Madrid, reported by several mainstream media in the UK and Europe.

Media said that the 30 years old defending midfielder is about to sign a contract within 48 hours, after completing his physical examination.

Sources claimed that his transfer fees is as high as € 60 millions, with another floating fees of 10 millions, meanwhile, his new annual salary at The Red Devil is £ 9 millions.

Casemiro is the first choice of position as a defending midfielder in both the Brazil national team and Real Madrid.

Manchester United, which is now struggling in The English Premier League, is desperate to import a powerful defensive player to save their terrible backline.

They had lost both games in the first and second matchday, with 1-2 lost to Brighton at home, and 0-4 shameful defeat to Brentford in the away game.

United’s coach Erik ten Hag is under great pressure, as the new manager is facing the risk of being fired by the club after the poor beginning of this season.

Casemiro is still having three years of contract with the Spanish giant, but he lost his place in the first eleven after Real Madrid bought the French star Aurélien Tchouaméni.

Reliable sources stated that Manchester United is hoping to complete the transfer on Friday, to put the Brazilian into their first squad during their rival against Liverpool next Monday.

Erik ten Hag: The Favourite Coach to be Sacked

The betting platforms are offering the odds of the most potentially EPL coaches to be sacked in no longer time.

Among the list, Erik ten Hag is the second favourite manager to be fired, while Southampton coach Ralph Hasenhüttl is the top choice, Frank Lampard from Westham United is the third.

Where Do Ronaldo Go?

Meanwhile, the fate of United’s phenomenal player Cristiano Ronaldo said that he will announce his future in the coming weeks.

The great Portuguese superstar is speculated by the public with his future destination, as he is having a minor conflict with the team, also losing confidence among the club management.

Another Billionaire Want to Buy MU

Who wants to buy MU?

Few days ago, the world ‘s richest man, Tesla CEO Elon Musk said on Twitter that he is “buying Manchester United”, but clarified that he is just joking a few hours later, and has no interest in buying any football club.

However, this Wednesday, the Ineos group boss James Ratcliffe said through his spokesperson, that he is interested in buying The Red Devil.

Ratcliffe is also the richest person in the United Kingdom now. With a net worth of £ 13.48 billions, this tycoon is a royal MU supporter, and desires to regain the club’s reputation and overall strength. Ratcliffe had owned the Nice club in French Ligue 1.

Source said that despite the offer from this British billionaire, the Glazers family, owner of Manchester United, had no interest in selling the super value football club, which could be worth around £ 5 billions.

The attitude of Glazers had brought the anger among The Devils’ fans, which saved their funds by not purchasing high value players, while refusing to sell out the club to a more generous party.