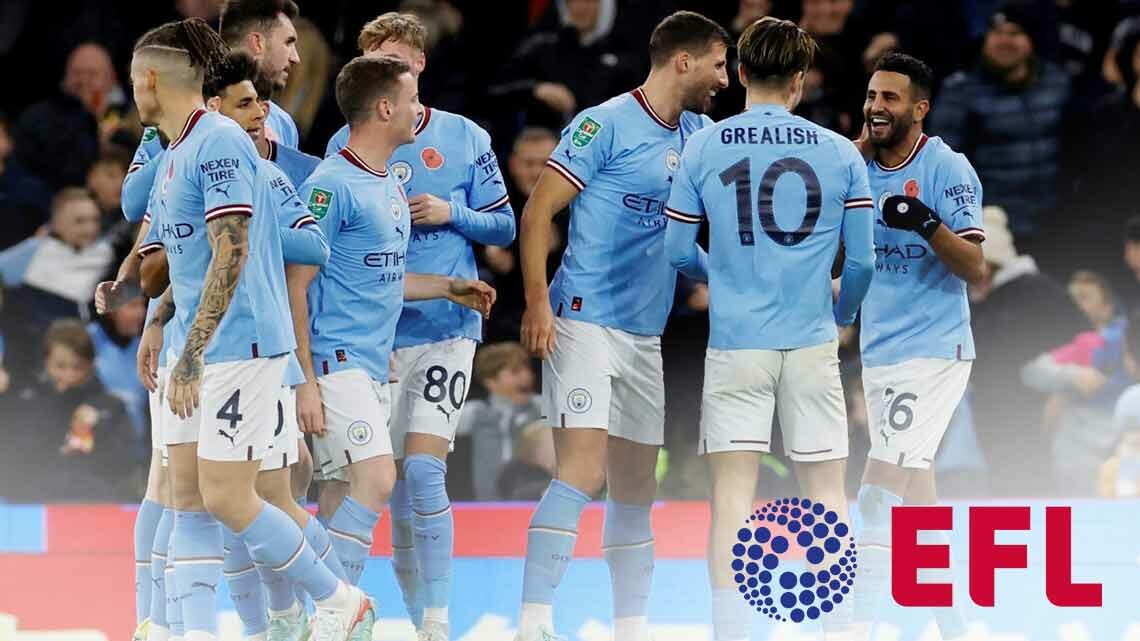 LONDON – The English Football League (EFL) Cup or known as Carabao Cup, finished the most matches of the third round on Tuesday and Wednesday.

In the focused match yesterday, Manchester City defeated Chelsea 2-0 at Etihad Stadium, booking a ticket into the round of 16.

With half of the first team players absent in this clash of giants, the City still hailed a victory with goals from Riyad Mahrez and Julian Alvarez.

In another favourite game between two Premier League clubs, Arsenal surprisingly lost 1-3 to Brighton at home, losing the title in the early stage.

The EPL leading club sent on most players from second squad as well, accepted their failure at Emirates Stadium with goals from opponent players Danny Welbeck, Kaoru Mitoma and Tariq Lamptey.

Due to the less importance of the EFL Cup and tight schedule with multiple competitions, most of the giant clubs reserved some of their top players to skip this cup event, not to mention the coming FIFA World Cup which is the players’ priority.

Meanwhile, Liverpool, the defending champion, closed to lose the trophy after a thrilling win against Derby County through the penalty shootout.

The nine time EFL Cup winner faced a goalless situation with the opponent from League One in 90 minutes, making the game straight into the shootout section.

The Reds’ goalkeeper Caoimhin Kelleher became the hero of the home team, as he saved three penalty shots from Derby, the result ending with 3-2 in total.

In another battle between two EPL clubs, Nottingham Forest beat Tottenham Hotspurs 2-0 at home to qualify into the fourth round.

Goals from Renan Lodi and Jesse Lingard gave Forest a remarkable win against the team from Big Six, although they lost a player as Orel Mangala had been sent off in the second half with a red card.

Not just Liverpool, there were also three more EFL Cup matches who decided their winners by penalty shootout yesterday.

Southampton drew 1-1 against Sheffield Wednesday in the 90 minutes, the Saints marched into the Last 16 after a 6-5 victory in the penalty shootout.

In another game involving two EPL clubs, Newcastle and Crystal Palace couldn’t finish the match in 90’ with 0-0 score, the Magpies finally won 3-2 at home through the shootout.

Meanwhile, West Ham United who equaled 2-2 with Blackburn Rovers, eliminated by the guest team from the EFL Championship, after a thrilling penalty shootout ended with 9-10.

In the earlier matches on Tuesday night, Leicester City grabbed a seat in the round of 16 after defeating Newport County 3-0 at home.

The Carabao Cup will proceed to the draw of the fourth round on 10th November 2022, after the last match between Manchester United and Aston Villa finished.

The round of 16 will start from 19th December, after the FIFA World Cup Qatar 2022 finished.