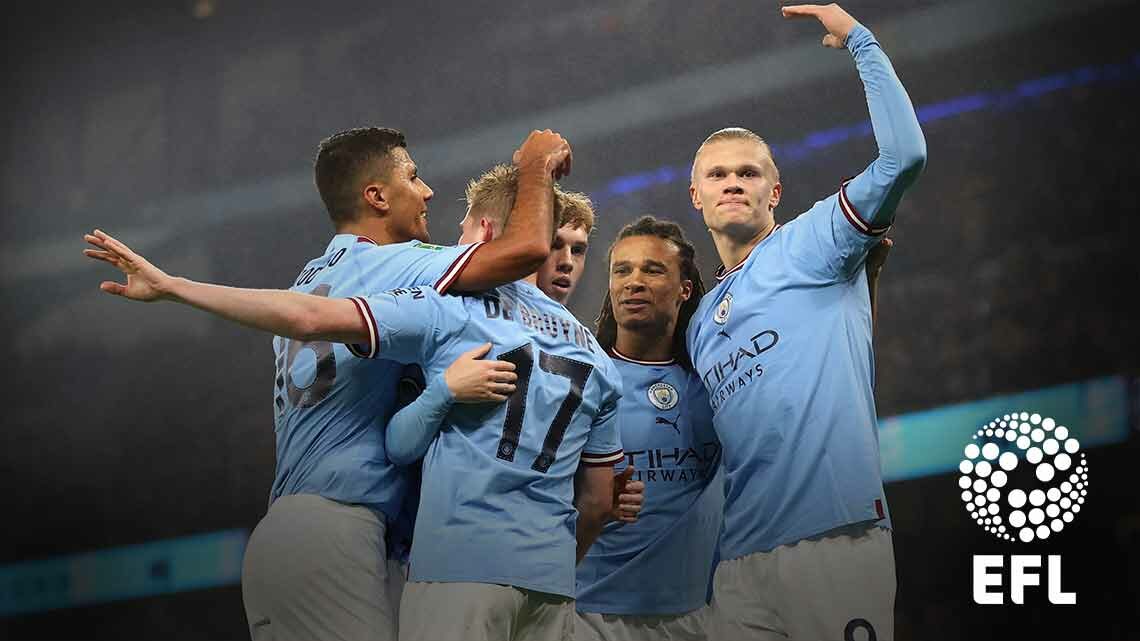 MANCHESTER – The Manchester duo are among the eight teams into the quarter finals of EFL Cup (or known as Carabao Cup).

In the clash of giants on 22th December, Manchester City defeated Liverpool 3-2 at Etihad Stadium in the EFL Cup round of 16.

The Premier League reigning champion showed their remarkable firepower after the club rested for more than a month due to the FIFA World Cup Qatar 2022.

Both teams are the most successful clubs in the competition’s history, where Liverpool won 9 times and Man City 8.

Although the key players from both sides, Erling Haaland and Mohamed Salah missed the Qatar tournament, they are still in hot performance on the field by scoring last night.

The Cities’ Norwegian striker netted the opening goal to help the home team take a lead, while the Egyptian once brought the Reds to equalise the score 2-2, before Nathan Ake hit the deciding goal in the 58th minute.

Man City had also avenged their 0-1 loss on 16th October at Anfield in the EPL.

Haaland had scored 24 goals in all the 19 matches this season, including the domestic league, UEFA Champions League and Carabao Cup.

The Cities’ playmaker Kevin De Bruyne proved that he is still one of the best midfielders worldwide, by assisting twice last night, although he had a sad ending in the World Cup this winter, where team Belgium were eliminated in the group stage.

One day earlier, Manchester United advanced as a quarter finalist as they knocked Burney out at Old Trafford.

The Red Devils sent on a few of their main players who were back from Qatar after their own World Cup journey, including Marcus Rashford, Bruno Fernandes, Christian Eriksen and Casemiro.

United hailed a 2-0 victory over the leading team of the EFL Championship League, with the opening score from Eriksen, and a fantastic goal from Rashford.

The Carabao Cup quarter finals will be played on 9th January 2023, to find out the semi finalists.

The English Premier League will resume on 26th December which is also the Boxing Day after Christmas.

Among the focused matches, Aston Villa will play against Liverpool, Arsenal vs West Ham, Chelsea vs Bournemouth, Manchester United vs Nottingham Forest and Leeds United vs Man City.

Don’t miss out on the hot matches of the English Premier League every game week!

Join 24.live now to watch EPL live streaming for free, in HD quality, with quick buffering and smooth loading, and most importantly, for free.

Watching your favourite EPL club playing at 24.live, in high screen quality without any charges now!