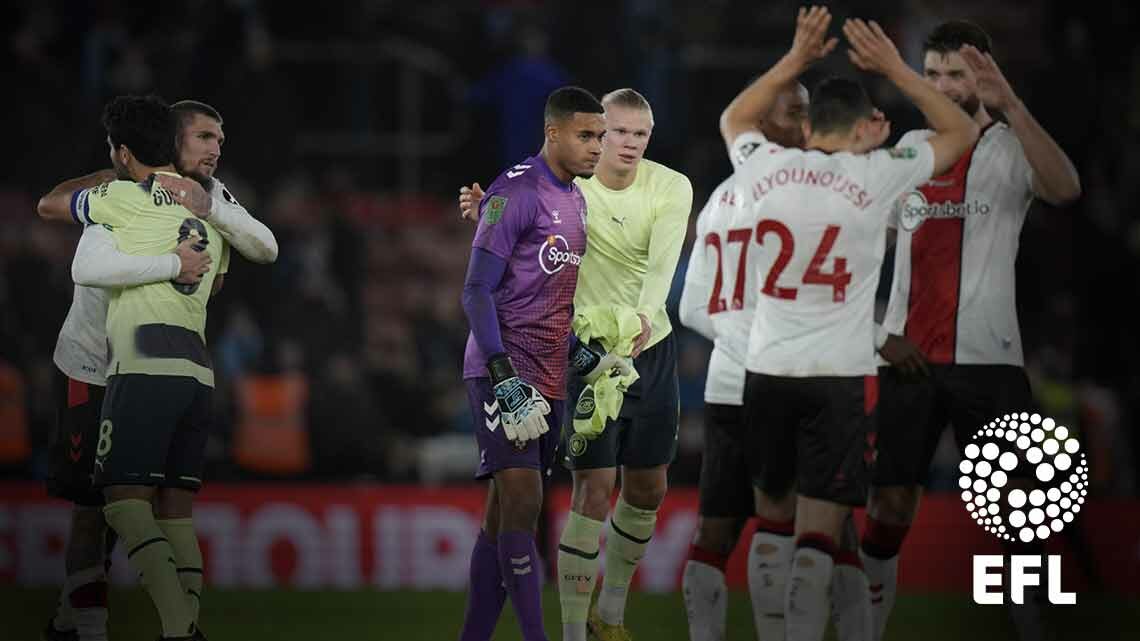 LONDON – The biggest upset appeared in the EFL Cup or known as the Carabao Cup season 2022/23 on Wednesday night.

Manchester City shockingly lost 0-2 to Southampton in the away game, being eliminated in this cup event, failing to win all four domestic and European titles this season.

The English Premier League reigning champion is widely expected to beat the Saints, which is at bottom of the EPL before yesterday’s game.

However, a goal from Sekou Mara in the 23th minute and a wonderful shot from Moussa Djenepo in five minutes after, helped Southampton to create a surprising victory against the Cities.

The currently EPL number two sent on several top class stars as first eleven, including Phil Foden, Jack Grealish, Julian Alvarez, Iker Gundogan, plus substitutes such as Erling Haaland, Kevin de Bruyne and Rodri, it doesn’t bring them back from the deadly loss.

However, Pep Guardiola’s team still have high chances to fight for titles of the Premier League, FA Cup and UEFA Champions League this season.

The Semi Finalists are Here

In another match which finished earlier, Nottingham Forest drew 1-1 against Wolverhampton in the 90 minutes, the home team won the penalty shootout 4-3.

After the EFL Cup quarter finals were completed, the semi finalists had also been revealed.

Southampton will play against Newcastle, while Manchester United face Forest.

The semi final will be played in double rounds. The first leg is scheduled on 24th January, and second leg on 31st.

Among the four teams, United is the only one from the Premier League’s Big Six, this gives them a bright opportunity to win their first championship in this season.

However, Newcastle, which has rapidly improved and had great performance in past months, probably will challenge the Red Devils in the final.

The Magpies stayed unbeaten for 15 consecutive games before their loss against Sheffield Wednesday in the FA Cup third round last Saturday.

Besides, the tight schedule of multiple competitions are also making the 13 times EPL champions to maintain their outstanding condition for longer.

Upcoming: Battles of Manchester and Reds

The Devils seek revenge in the second Manchester derby this season, as they were being crushed 3-6 in the first round.

The Gunners, who are leading the EPL, had their only loss in the domestic league this season so far, which was beaten 1-3 at Old Trafford last September.

If Manchester United is able to gain at least three points in these two clashes of the Top Four, the current number four might get closer to first and second place.