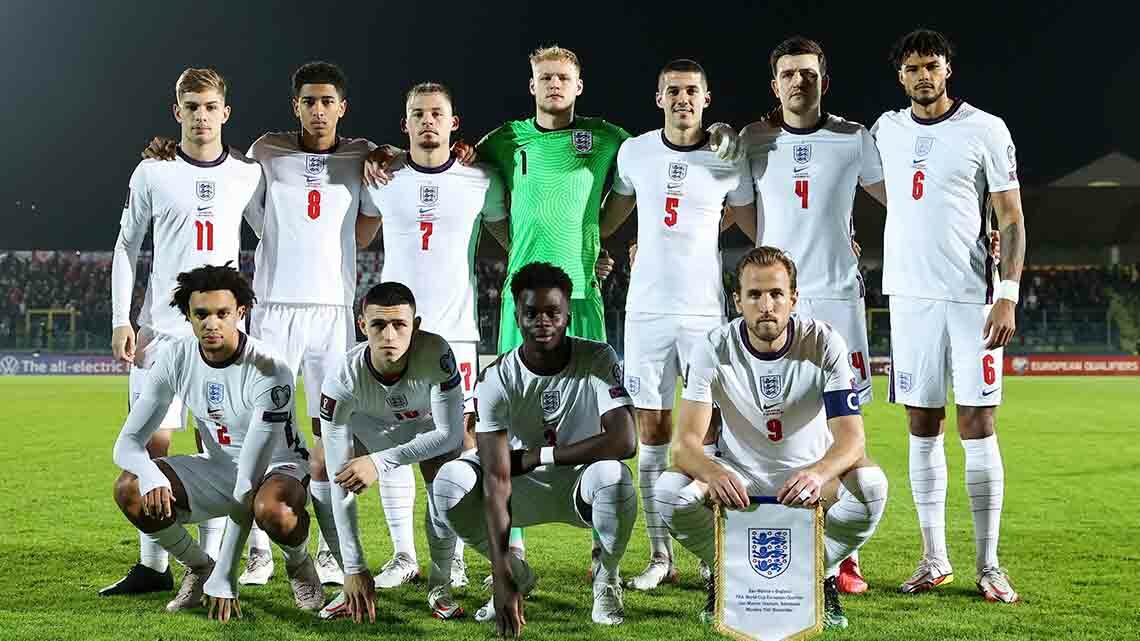 The England national team is one of the favourites to win the FIFA World Cup Qatar 2022.

Known as the Three Lions, which are shown in their team badge, England has always been popular among football fans worldwide over the decades.

They are often treated as a top choice before every major tournament started, such as the FIFA World Cup finals and the European Championship (Euro Cup).

However, in football history, this national team had only won the World Cup title in 1966, which was held in their homeland.

Team England achieved their best result of European competition in Euro Cup 2020 which was played in 2021, by completing as the runner-up, as they lost to Italy in the final after a penalty shootout.

One of the reasons that the England national team is famous among football lovers, is the popularity of the English Premier League.

The EPL which is the most favoured football league in Europe and worldwide, getting almost a billion fans all over the world to support those giant clubs such as Manchester United, Liverpool, Manchester City, Arsenal and Chelsea.

Those Premier League clubs are served by many English local players, either raised by the clubs themselves or transferred from other clubs.

In the three decades after the EPL was established, certain England players had risen to fame in every era, becoming famous in both clubs and national team.

In the early 2000’s, the England football team once built their reputation with a few of world top class players, including the iconic superstar David Beckham, as well as top striker Michael Owen, midfielder Paul Scholes and defender Rio Ferdinand.

The Current Squad: Kane and Youngsters

The current Three Lions squad are having some top players who have already proved their ability in the Premier League or European events, giving their fans’ a hope that the national team might go further in the Qatar tournament.

Leading by Tottenham Hotspurs’ first striker Harry Kane, England are equipped with a few of great attacking players, such as Marcus Rashford and Raheem Sterling, plus several young stars including Bukayo Saka, Phil Foden and Jadon Sancho, who are energetic to charge in the frontcourt.

In the midfield, England also had plenty of both experienced and talented players, such as Mason Mount, Kalvin Phillips, Jordan Henderson, even the aged 19 Jude Bellingham was famous enough to become a world class star.

Southgate’s Challenge to Team Up

Having many top class players makes the England team head coach Gareth Southgate an issue to organise his best squad to play in the FIFA World Cup 2022.

If Southgate succeeds to form the team similar to the Euro Cup 2022 tournament, they might stand a chance to get an outstanding performance in the Qatar competition.

However, with less integration, lack of playmaker or team spirit, the Three Lions are not expected to win their second World Cup title this year.

As an England team fan, you surely won’t miss every match of them in the FIFA World Cup 2022!

Here, you can watch FIFA World Cup live for all the 64 matches played in Qatar this winter, from the opening match to the final.

We provide the FIFA World Cup live for free, in HD quality, with quick loading, smooth network and no pop-up ads.

Just a simple registration to become our members, then you can enjoy the best performance of FIFA World Cup 2022 live streaming on your PC, mobile phone or onto TV using the screen mirroring.