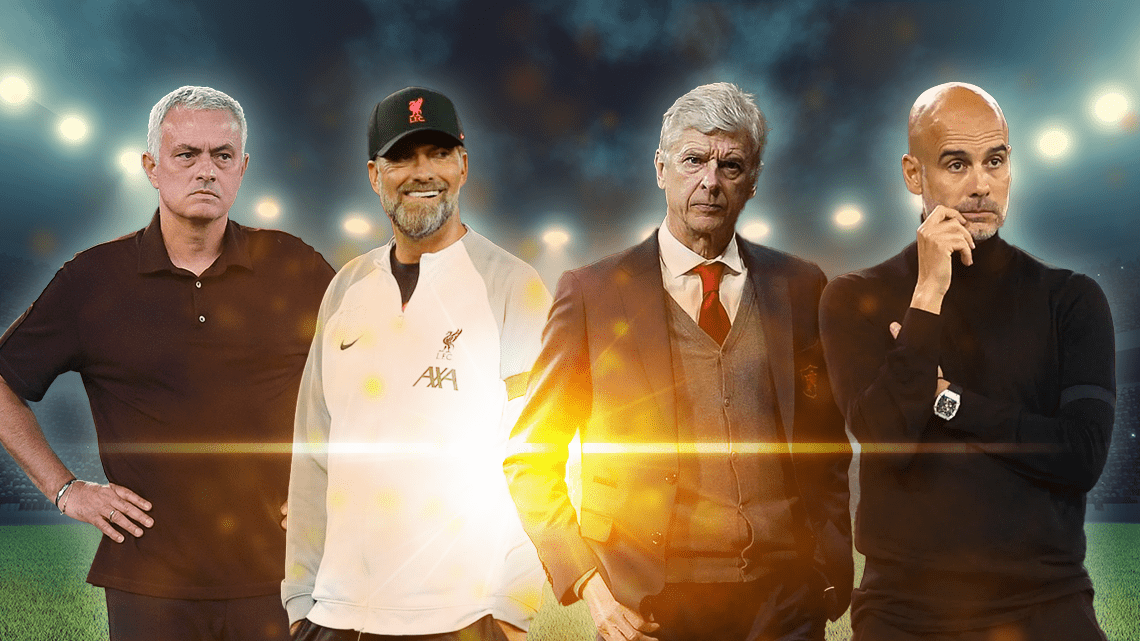 Among thirty seasons of the English Premier League, not just many great players were born, but also plenty of famous coaches had raised their fame here.

Those great coaches are mostly from the Big Six, they led those clubs to win many trophies and honours, while practicing the great strategies to perform many classical or epic matches.

Sir Alex Ferguson is widely regarded as the greatest EPL coach of all time. Under his management, Manchester United became the most successful English club to win 13 Premier League titles.

Ferguson, hired as The Red Devils’ manager in 1986, helped the club to win the EPL championship once the league was established in 1992-93 season. He had also led the team to win two UEFA Champions League trophies.

After the Scotland legend retired in 2013 after bringing the team’s thirteenth league title, Man United had declined and was unable to win any EPL championship until now.

Wenger is the team coach who managed a club for the longest time in EPL history.

The Frenchman who served Arsenal for 22 years, joined the Gunners in 1996 and left in 2018 by announcing his retirement.

With the nickname “The Professor”, he led Arsenal to win three Premier League championships, challenging the dominance of Manchester United.

Wenger is well known for his realistic management of a football club, which spends a low budget to sign high-quality players. While his team is in high positions during the seasons, the club is having a great financial situation as the profitable operations in transfer windows.

Mourinho is one of the greatest football coaches worldwide, he has led his clubs to win eight domestic titles, two UEFA Champions League trophies, one Europa League championship, and a title Europa Conference League.

Having the nickname “The Special One”, the Portuguese led Chelsea to win three Premier League titles, ending the empires of Manchester United and Arsenal since EPL was founded.

As a team manager who is much controversial, Mourinho is also famous for his radical game strategies, such as a command for full defense while the team is leading the score.

Mourinho didn’t bring an EPL team to win a Champions League, while he achieved it by leading Portugal club Porto and Italian club Inter Milan.

Guardiola is widely regarded as the best EPL coach in recent years. He has led Manchester City to win four league championships in five years.

The Spanish are well known for their strategy of short passing in the game, which is called as “Tiki Taka”, where he was brought into The Cities from his previous club Barcelona.

Named as FIFA World Coach of the Year in 2011, Pep had also won three times of Premier League Manager of the Season, the last time in the 2020/21 season.

Klopp has led Liverpool to rebuild their reputation, by winning the Premier League trophy in the season 2019/2020.

The German coach raised his fame during his service in Bundesliga club Borussia Dortmund and continued his achievement after moving to the EPL.