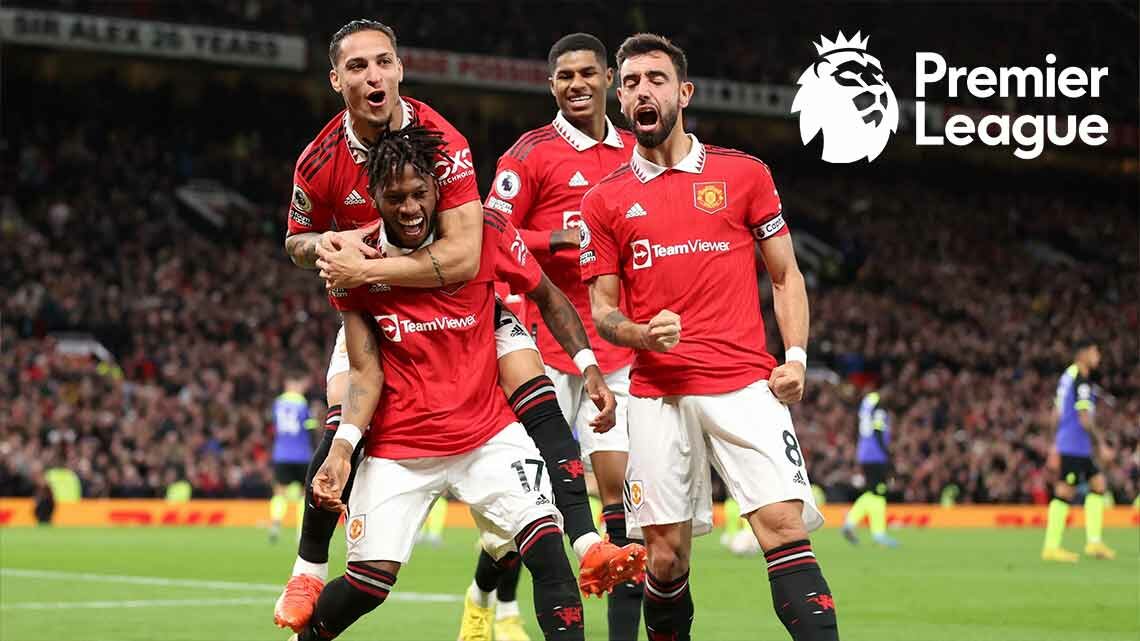 The English Premier League season 2022/23 continued matchday 12 on this Tuesday to Thursday night, challenging all the clubs with a tight schedule.

In the focused match, Manchester United beat Tottenham Hotspurs 2-0 at Old Trafford Stadium, to get their third win in the last five league matches.

Both goals from the Red Devils were made in the second half, by Brazilian Fred and team captain Bruno Fernandes.

United’s N0.7 legend Cristiano Ronaldo was listed in the substitution last night, he left the bench before the match was ended, being rumoured that he was angry with not being sent to play in the home game.

After the victory, Man United are in fifth place with 19 points, one point behind Chelsea, while one point more than Newcastle but one game less.

The Spurs hold the third place after the loss, three points more than Chelsea but one more game played.

Chelsea could only collect one point after a 0-0 draw against Brentford in the away game, ending their form of four consecutive wins in Premier League.

The Blue Lions’ goalkeeper Kepa Arrizabalaga again showed an outstanding performance, by making at least five significant saves in this match, including two blocks on the headers by Brentford’s striker Ivan Toney in close distance.

Under the well guarded by the Spanish keeper, the London club had kept clean sheets for five consecutive games for both EPL and Champions League.

Kepa who joined the Lions in 2018 with transfer fees of 80 millions Euro, breaking the record as world most expensive goalkeeper, is now gaining the faith of their manager Graham Potter, after his remarkable performance and stable condition in recent matches.

Chelsea will face Manchester United in the coming Saturday, this clash of giants will probably affect the standings of top six.

Liverpool won 1-0 over West Ham United at Anfield, the same result as their victory against Manchester City at home last match.

The Reds recorded their only goal by Darwin Nunez in the 22nd minute with a header, while the Uruguayan striker had also wasted a few chances, including a long shot which hit the post.

The Hammers were close to equalising the score in the bottom of the first half, but a penalty kick from Jarrod Bowen was saved by the home team’s goalkeeper Alisson Becker.

After the two consecutive wins, Liverpool is now in seventh place with 16 points, two points behind Newcastle but one game less.

Newcastle defeated Everton 1-0 in another EPL match, thanks to a score from Paraguayan forward Miguel Almiron in the 30th minute.

The Magpies had remained unbeaten for the last five league games, including a 0-0 draw against Man United last match.

In the other results of EPL matchday 12, Brighton drew 0-0 against Nottingham Forest, Crystal Palace won 2-1 over Wolverhampton, and Southampton beat Bournemouth 1-0 in the away game.

The Premier League’s rally continues this Saturday as matchday 13.