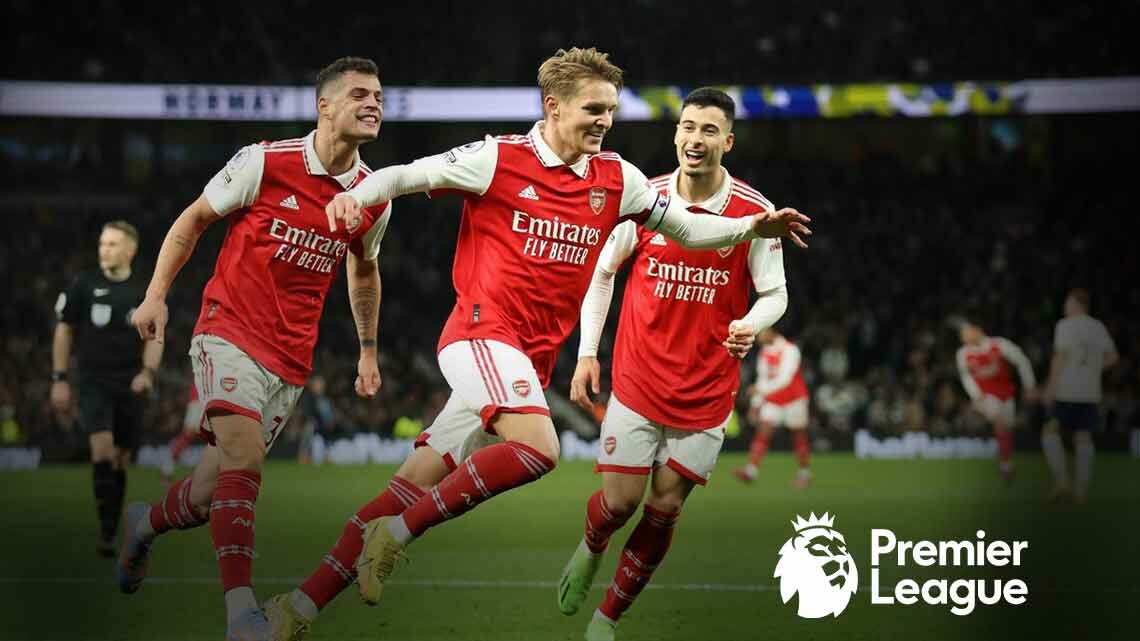 In the most focused Manchester derby, United performed a great comeback to beat City 2-1 at Old Trafford, to stand at fourth place with 38 points, the same points as number three Newcastle but one game less to play.

The Red Devils once fell behind with the opponent’s goal from Jack Grealish in the 60th minute, but two scores from Bruno Fernandes and Marcus Rashford made them end with zero to three points.

Rashford had scored in seven matches in a row, helping his team to hail nine consecutive wins in all competitions.

After avenging their 3-6 loss in the first round of EPL battle against the Cities, Manchester United is now only one point behind the Blue Moons, nine points away from the leading Arsenal.

In the rivalry last Saturday, home team’s manager Erik ten Hag and his squad was widely praised with their recent performance, which could be the best among the Premier League for the last few weeks.

Although their equalising goal in the derby show was being controversial, as Rashford who was offside is said to interfere Bruno’s score, it can’t be denied that United was playing in fiery condition with plenty of chances.

Oppositely, Manchester City had low performance recently, only two victories among five matches, both beating Chelsea in the EPL and EFL Cup, while losing to United and Southampton plus a draw against Everton.

The Premier League defending champion’s top striker Erling Haaland has also been goalless in his last three appearances, giving himself a huge stress to pursue the Golden Boot award this season.

Their distance from first place makes head coach Pep Guardiola struggling to retain their league title, as well as their fifth championship in the last six seasons.

Meanwhile, in the London derby which was played on Sunday, Arsenal defeated Tottenham Hotspur 2-1 in the away game, enhancing their leading advantage to eight points from City.

The Gunners continued their brilliant condition this season, depressing the home team with an own goal from the Spurs’ goalkeeper Hugo Lloris and a long shot from captain Martin Odegaard.

The Red London club is now one step further to their fourth EPL title since 2004. 19 years ago, Arsene Wenger created the record who led his team to stay unbeaten in the entire season.

Now, with the outstanding coaching by Mikel Arteta, Arsenal could end the dominance of Manchester City, by maintaining their performance in the second half of season.

In the other Premier League results last weekend, Chelsea beat Crystal Palace 1-0 at Stamford Bridge, ending their three consecutive loss to stay at tenth place, the same 28 points as Liverpool but one more game played.

Newcastle took Fulham down with the same result to stay at third place, thanks to the only goal from Alexander Isak in the 89th minute.

Liverpool was humiliated by Brighton in the away game with a 3-0 score, received two consecutive losses in EPL, now ten points behind the top four, suffering to hold a ticket into the UEFA Champions League next season.