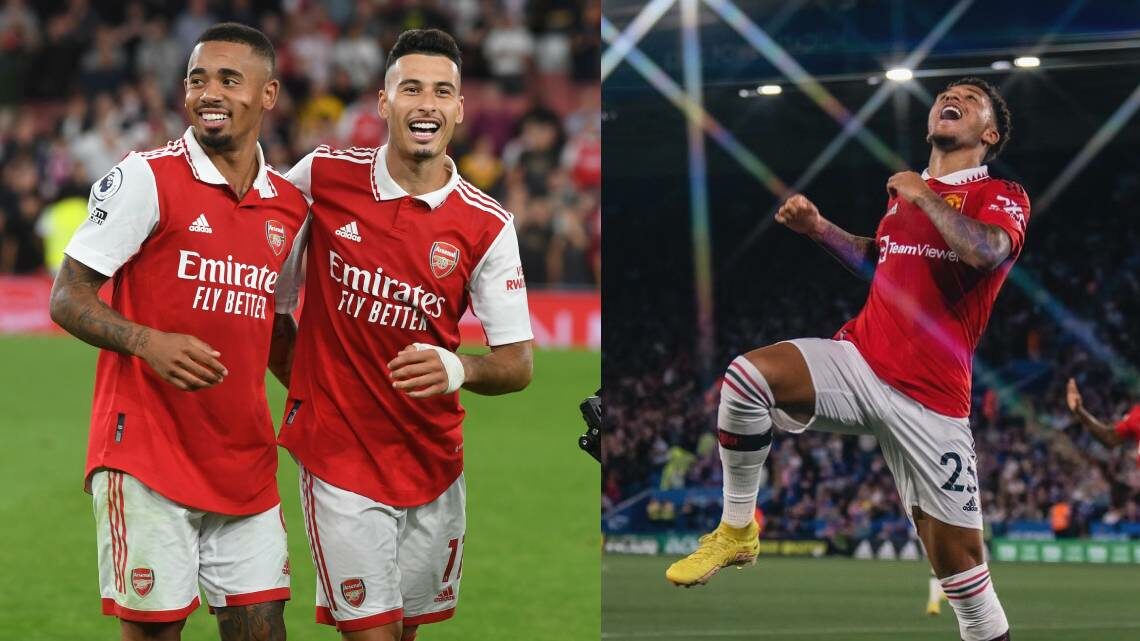 The English Premier League completed the matchday 5 in 1st December 2022, with all ten matches competed in the weekdays, from Tuesday to Friday.

Arsenal still lead the EPL standing after a 2-1 victory over Aston Villa, thanks to goals from “Duo Gabriels” – Jesus and Martinelli.

The Gunners continue their outstanding performance in this season by winning all the five matches, the only team to collect 15 points in EPL now.

The defending champion Manchester City kept on pursuing the top place, with a 6-0 huge win against Nottingham Forest at Etihad Stadium, collecting 15 points to take over the first position anytime.

Haaland’s goals in this season is even more than each of the other 15 EPL clubs, including Manchester United who have only five goals and Chelsea which have six goals.

13 times EPL champions Manchester United made their consecutive wins, by defeating Leicester City 1-0 in the away game, thanks to the only goal from England star Jadon Sancho.

The Red Devil performed a brilliant comeback after two losses at the beginning of season, including beating Liverpool in the fourth match, and have now risen to fifth place of standing with nine points.

The rivalry between United and Arsenal in matchday 6, which is playing next Sunday, is a focused game to challenge the full-win position of Arsenal.

Brighton & Hove Albion, the dark house of this EPL season, had their first defeat by losing 1-2 to Fulham in the away game.

However, the Seagulls are still standing at the fourth place with ten points, leading giant clubs such as Manchester United, Liverpool and Chelsea.

Meanwhile, Chelsea faced the second losses in this season by 1-2 defeats by Southampton in the away game.

Raheem Sterling’s third goal in this season doesn’t help The Lions to secure a point, the club is now standing at 10th place with only seven points.

Liverpool, who made their record of biggest winning in their EPL history by slaughtered Bournemouth 9-0 in matchday 4, decreased their firepower by defeating Newcastle 2-1 at Anfield Stadium, thanks to goals from Fabio Carvalho in the 90+8 minutes.

The Reds are now standing at sixth place with eight points, one point behind their viral Manchester United.

The EPL matchday 6 will be held two days only after the previous round, the tight schedule would challenge the clubs’ players of their stamina, as well as the substitution strength of every team.

Furthermore, the UEFA Champions League is starting their group stage in the coming Tuesday and Wednesday, giving another task for the four participating clubs which are Manchester City, Liverpool, Chelsea and Tottenham Hotspurs.