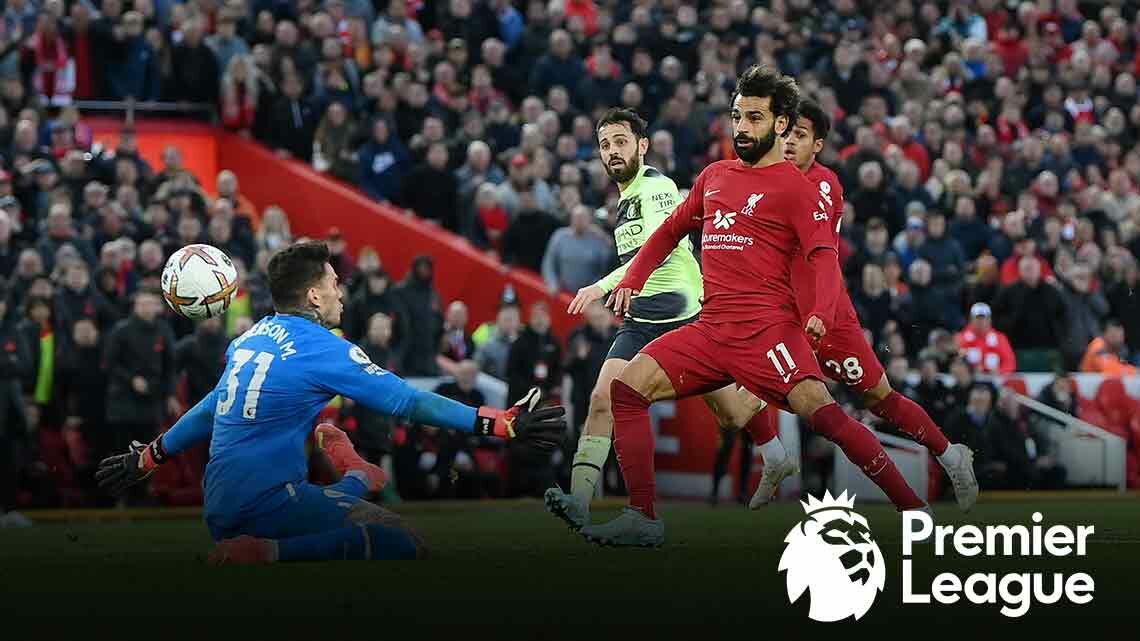 The English Premier League season 2022/23 completed the matchday 11 last weekend after 10 matches had been played.

In the most focused match in this season, Liverpool surprisingly defeated Manchester City 1-0 at Anfield, thanks to the only goal from Egyptian star Mohamed Salah.

Liverpool, who were not to be favoured before this game as their mediocre condition this season, were expected not to stand a chance against the City who were in outstanding performance recently.

However, the Reds again showed their strength in the home stadium, with a brilliant performance in attacking and defending, not just threatening the away team with few dangerous attempts, also remarkably blocked the City’s firepower, especially Erling Haaland who had scored for ten consecutive matches before this.

With the disappointing result, Man City had ended their unbeaten record of this season after ten matches in EPL and four in the Champions League, falling behind Arsenal with four points in the Premier League table, same points with Tottenham Hotspurs now.

Arsenal beat Leeds United in the away game, thanks to the score from Bukayo Saka in the 35th minute, to gain three points and expand their advantage in the EPL standings.

The Gunners continued their outstanding performance this season, getting nine wins in all the ten league matches, making them the second favourite of champions, other than the City.

Meanwhile, Chelsea hailed their four consecutive wins in EPL after defeating Aston Villa 2-0 in the away game, to stand in fourth place.

Both The Lions’ goals were from the British midfielder Mason Mount, who scored in the early sixth minute by catching the home team defender’s poor mistake, and a fantastic free kick goal in the 65’.

Chelsea are now in fourth place in the EPL table with 19 points, four points behind both Tottenham Hotspurs but one game less.

Tottenham Hotspurs won 2-0 over Everton at home on Sunday, to keep on track in the rally of the championship.

England national team top striker Harry Kane scored a penalty in the 59th minute, to celebrate his 400th appearance for the London club where he was raised from.

Meanwhile, Manchester United could only gain one point after a 0-0 draw against Newcastle at Old Trafford.

In the match between the fifth and sixth places, the Red Devils who led by Cristiano Ronaldo were unable to make a score, as well as the Magpies who had scored nine goals in two games before this.

Both teams remain in the same position now, but United are three points behind Chelsea, missing the chance to get closer to the top four.

The English Premier League will proceed to matchday 12 from this Tuesday to Thursday, while matchday 13 will be back to back in the coming weekend.