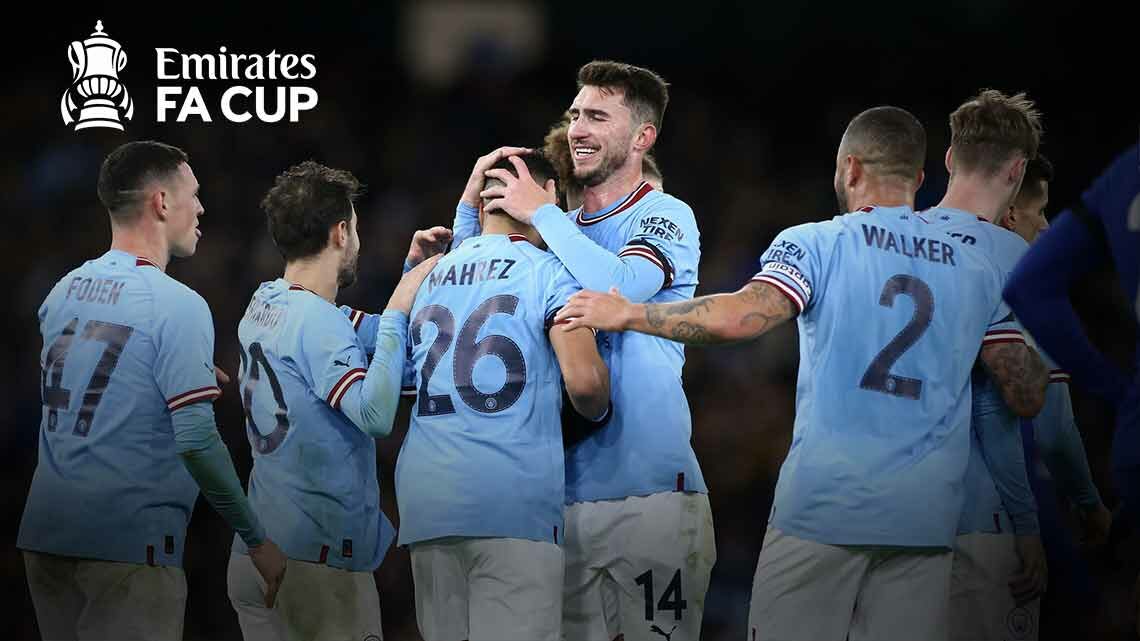 MANCHESTER – The English FA Cup season 2022/23 completed most of the third-round matches, with several clubs from the Premier League qualified into the next stage.

In the focused match on Sunday, Manchester City surprisingly hailed a big victory by crushing Chelsea in the clash of the Blues duo, to grab a ticket into the round of 32. 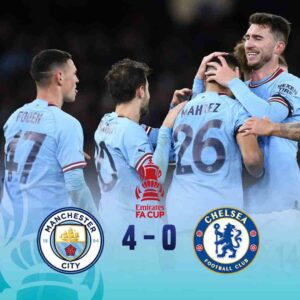 This is the Cities’ second win against the Lions in four days after they won 1-0 at Stamford Bridge on 5th January in the EPL.

The Blue Moons eliminated the London club’s hope for revenge, with two goals from Algerian Riyad Mahrez, plus each score from Julian Alvarez and Phil Foden.

Another loss of Chelsea gives their club manager Graham Potter huge stress, as his team had not just been knocked out from this cup competition, they are also struggling in the Premier League by standing in 10th place.

Potter’s Fate in The Lions

The Englishman who took the job in September last year was unable to bring the Lions back on track in the domestic league, some more getting worse than their performance under former coach Thomas Tuchel.

The American chairman who took over the club from Russian billionaire Roman Abramovic at the end of May 2022, doesn’t seem to put enough afford to maintain the Stamford Bridge home team as a European giant.

The winner of UEFA Champions League in 2012 and 2021 is facing huge difficulty to end this season as top four in the EPL, to participate in the European competition next season.

Win and Draw for The Red Duo

With goals from Antony, Marcus Rashford and an own goal from Conor Coady, Erik ten Hag has brought the Red Devils to fight remarkably recently, by motivating his players such as Rashford, Bruno Fernandes, Casemiro, Anthony Martial and Christian Eriksen.

Besides advancing into the FA Cup fourth round, United is also having promising performance in the Premier League, highly likely to stand in third place soon.

Meanwhile, Liverpool continued their unstable condition by drawing 2-2 against Wolverhampton at Anfield on Saturday night.

Both teams will continue the second leg at Wolves’ home stadium on an unchosen date.

The only match yet to play in the FA Cup third round will be Oxford United meeting Arsenal on Monday night.

The home team from the League One challenges the EPL leading club, fight for the last ticket of the FA Cup round of 32.

After this game, the Premier League will continue the matchday 20 on Friday, 13th Jan.

The Manchester derby between United and City on Saturday must be the most focused match this weekend.