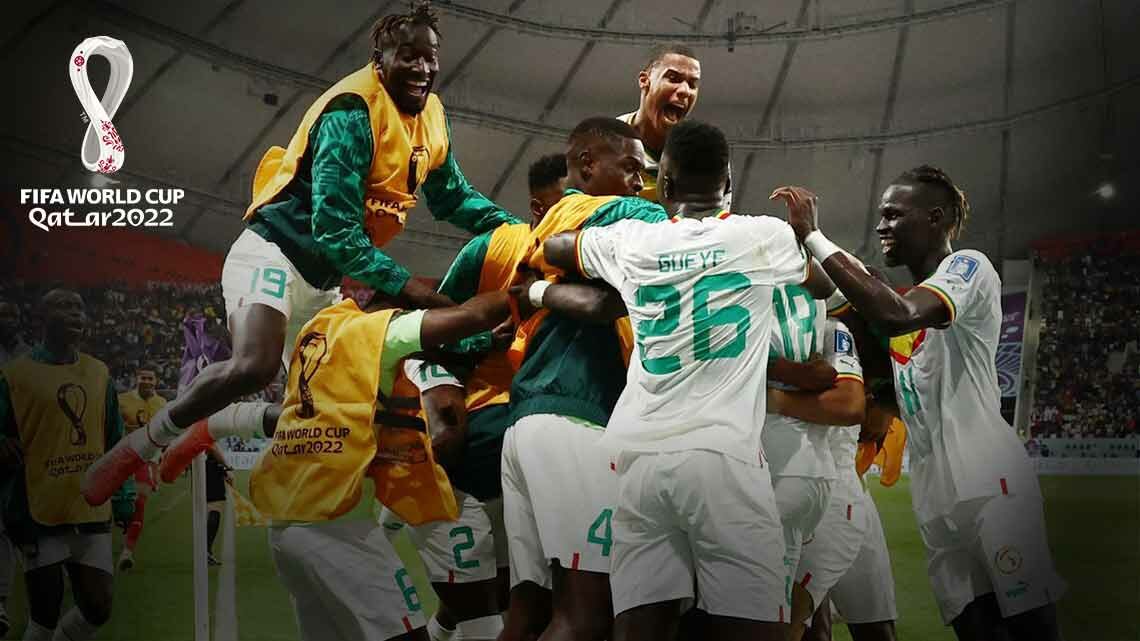 QATAR – The FIFA World Cup Qatar 2022 finished all the matches of Group A and B, four teams from there had qualified into the round of 16.

In the Group A matches played earlier on Tuesday, Netherlands defeated Qatar 2-0 to lock the first place with seven points.

The Orange Squad were three times runner-up in World Cup history, giving the home team their third loss in this winter’s tournament, with goals from Cody Gakpo and Frenkie de Jong.

23-year- old Gakpo who is serving PSV Eindhoven, had scored for three consecutive games in the group stage, raising his own value among the clubs which desire to sign him after the competition.

Qatar ended the journey in their own land, by losing all three matches and scoring a goal in total, becoming the World Cup hosting team with the worst results in history.

In the same group, Senegal hailed a significant victory against Ecuador, to eliminate their opponent and advance into the next round.

The African champion was in the third place with one point behind Ecuador before the match, however, they performed an outstanding strike back with a penalty score from Ismaila Sarr and a deciding goal from Kalidou Koulibaly, to overtake the South American and grab a qualifying ticket.

England Beat Wales to Lock No.1

In Group B, England beat Wales 2-0 in the Britain derby, to secure their first position in the group stage.

The Three Lions showed their highest value among all national teams worldwide with a brilliant performance. Manchester United striker Marcus Rashford shone in the rivalry with double scores, including a fantastic freekick.

Manchester City winger Phil Foden contributed another goal, which ended the fate of the Red Dragons to be knocked out in the group stage.

Wales could only stand in the bottom with one point after three matches, their top player Gareth Bale bid farewell to his last World Cup tournament with regret.

Meanwhile, the United States overtook Iran to grab a seat into the knockout stage with a 1-0 victory.

The USA was still in third place with two points, one behind Iran before yesterday. With a precious goal from Chelsea star Christian Pulisic, the Yankees completed a counter attack to eliminate the Persian.

After the four matches last night, two games of the round of 16 had been revealed.

The Netherlands will face the USA on 3rd December, while England will play against Senegal on 4th Dec.

On Wednesday, Group C and D will complete all their matches to decide the four qualifying teams.

Argentina will meet Poland to hold a chance into the next round with a no-lose situation.

Lionel Messi and his teammates who shockingly lost to Saudi Arabia in the first match, going back on track by beating Mexico 2-0.

The two times champion will confirm to qualify with a victory against the Polish, but would be knocked out if they lost.

Meanwhile, team Poland led by Robert Lewandowski, needed only one point to book a ticket into the 16s.