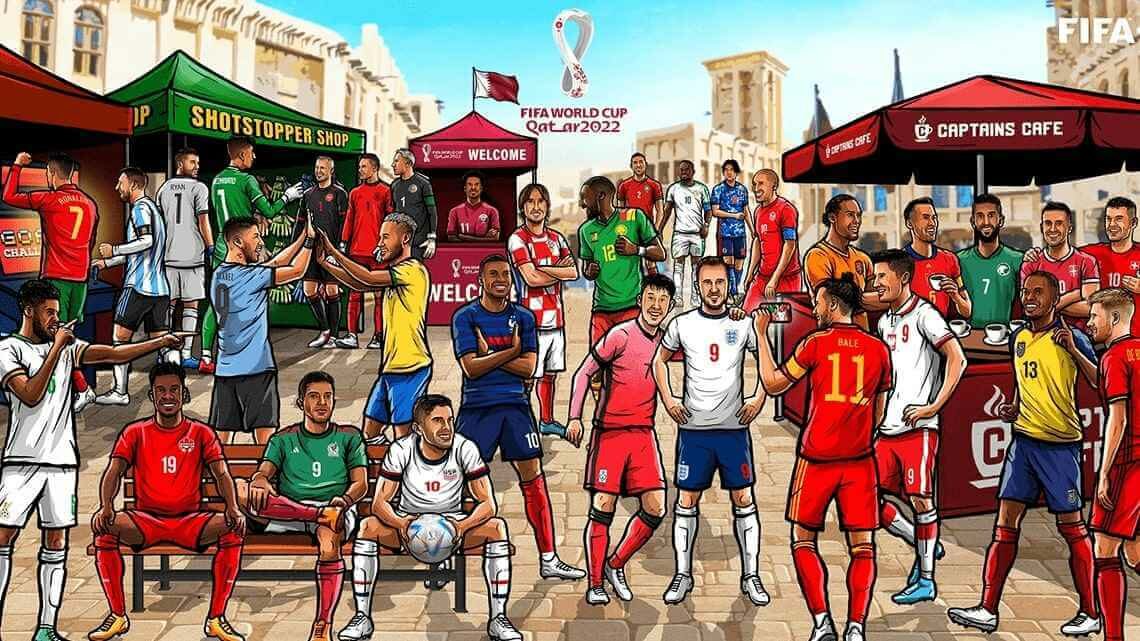 The FIFA World Cup 2022 will be held in Qatar from 21st November to 18th December this year. It is the 22nd run for this tournament since it began in 1930.

The event will be participated by 32 national teams from six continents, including Asia, Europe, Africa, South America, North and Central America, and Oceania.

Those 32 teams are selected for the tournament after several qualification matches in each continent. The Qatar World Cup will be the last time this competition involved 32 teams, as it will expand to 48 in the next event in 2026, which will be jointly hosted by the United States, Canada and Mexico.

In FIFA World Cup 2022, at least five nations are treated as the favourite teams, they not just have the strength and ability to compete for the championship, also popular and reputed in football history, while having many famous players.

France is widely regarded as the top favourite among all teams, to win the trophy for two consecutive times.

However, Les Bleus are having low performance most of the time this year, they had only one win in six matches of the UEFA Nations League group stage and were knocked out. Besides, their key players are being doubtful about their performance and physical condition, especially Pogba who is recovering and Benzema.

Brazil is another favourite of champions, they are now seeking for their sixth World Cup title since 2002.

The five-time winner declined since their golden era two decades ago, however, with the rising of top players such as Vinicius Junior, Raphinha, Rodrygo, Antony, Richarlison, plus the experienced players including Neymar and Gabriel Jesus, the Samba squad are showing their ability to reclaim the trophy.

Brazil is anyway having a weakness in their defending, which lacks top-class defenders, as some backcourt players are above 30 years old and have stamina issues.

Argentina is one of the national teams who are capable of winning the golden trophy in Qatar.

The two-time champions, led by the great Lionel Messi, had just lifted the Copa America last year, and are now in third place in the FIFA world ranking.

35 years old Messi is looking forward to this winter tournament, as it should be his last time participating in this world’s largest football competition. However, he is facing the difficulty of less support from top-class players than his teammates.

Germany again became the favourite FIFA World Cup winner, as they are having steady performance in most of the major competitions, while often advancing into further stages in previous events.

The four-time champions are well known for their remarkable fighting spirit, great team cooperation and strong physical condition of players.

England – Popular But Not Powerful?

Meanwhile, England again has been treated as a popular national team but seems not powerful enough to compete for the title.

The champion in the 1966 tournament had shown their strength as a top-class team, by marching into the final of European Championship last year, while losing to Italy in the penalty shootout.

The Three Lions are having many famous players from several EPL clubs, including Harry Kane, Raheem Sterling, Jadon Sancho, Phil Foden, Bukayo Saka, Marcus Rashford and many more, however, their issue is to gather those stars into the national squad, build their cooperation and integration.

Besides, the England team also need at least two great midfielders who are experienced in international major competitions, as a leader to bring the squad to fight strong opponents, and also as playmakers to practise different tactics during different situations in the match. Watch the football match live for free now!