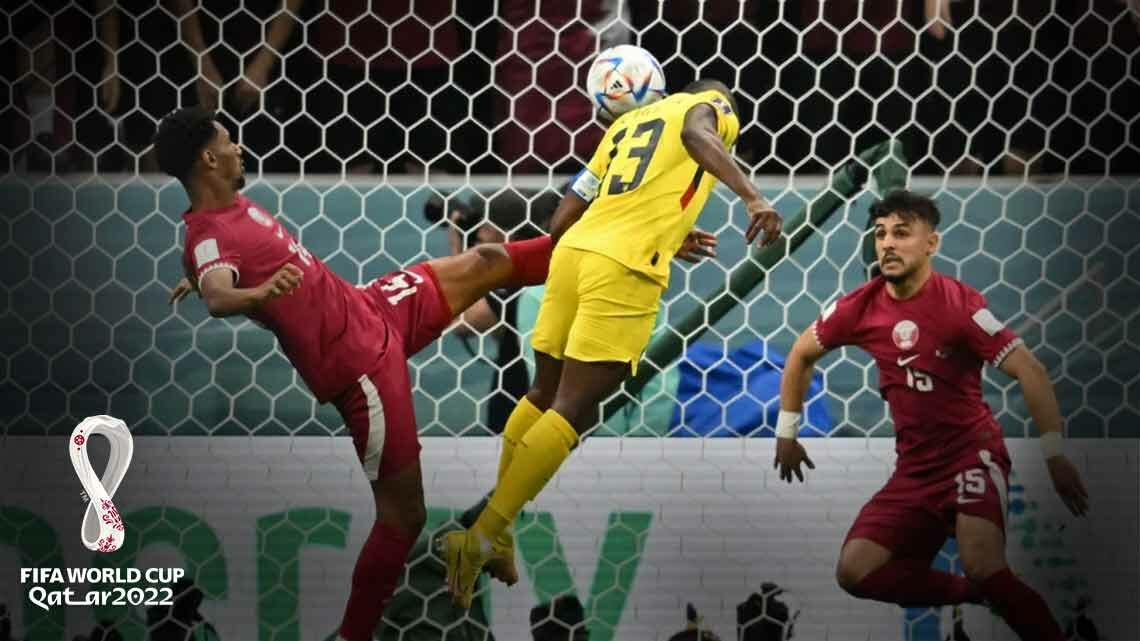 QATAR – Qatar became the first host team in the FIFA World Cup history, who lost the opening match in a tournament.

In the first game of FIFA World Cup 2022 finals, Qatar, the home team, lost 0-2 to Ecuador, unable to gain a point in front of their supporters.

The Arabian who played in the tournament for the first time in their history, failed to show their identity as the Asian champion in 2019.

Automatically qualified as one of the 32 participating teams, Qatar is also the only team in this year’s event which is playing in this world’s grandest competition for the first time.

Ecuador grabbed the first victory in this winter tournament, leading Group A with three points, while the host team fell into the bottom.

The South Americans showed their strength in the World Cup 2022’s opening game, with two goals from their captain Enner Valencia.

The aged 33 forward who is also the national team’s all time best scorer, almost completed a hat-trick, but his header in the first half had been refused by the referee as offside.

This decision had caused a rage among the guest team’s fans, luckily Ecuador hailed their victory at last with better performance.

In their second group match on 25th November, Qatar will face Senegal, while Ecuador will challenge Netherlands.

On 21st November, England will be the first favourite team of champions to appear in the Qatar FIFA World Cup 2022.

The Three Lions, who are regarded as the most valuable team in this event, shall prove their worthiness in their debut.

The 1966’s champion featured plenty of superstars such as Harry Kane, Phil Foden, Jude Bellingham and Bukayo Saka, having a bright chance to lead Group B after tonight.

In the same group, Wales, another team from Great Britain, will play against the United States.

The Red Dragon qualified in this competition for the second time since 1958, seeking a pretty performance under the lead of their captain and team spirit Gareth Bale, who is playing in the World Cup for his last time.

Dutch VS The African Champion

Meanwhile, back in Group A, Netherlands will meet Senegal in the third match of this winter’s World Cup.

The Orange Squad who never won a world championship, but always treated as a favoured team, having a slight chance to hail their first golden trophy in Qatar.

The Dutch featured Liverpool defender Virgil van Dijk, who is considered as the best centre back worldwide, looking for a good start by defeating the African champion.

Senegal, who is reputed for their tough fighting spirit and great stamina, faced a huge frustration before the event, as they lost their best player Sadio Mane who is recovering from injury.