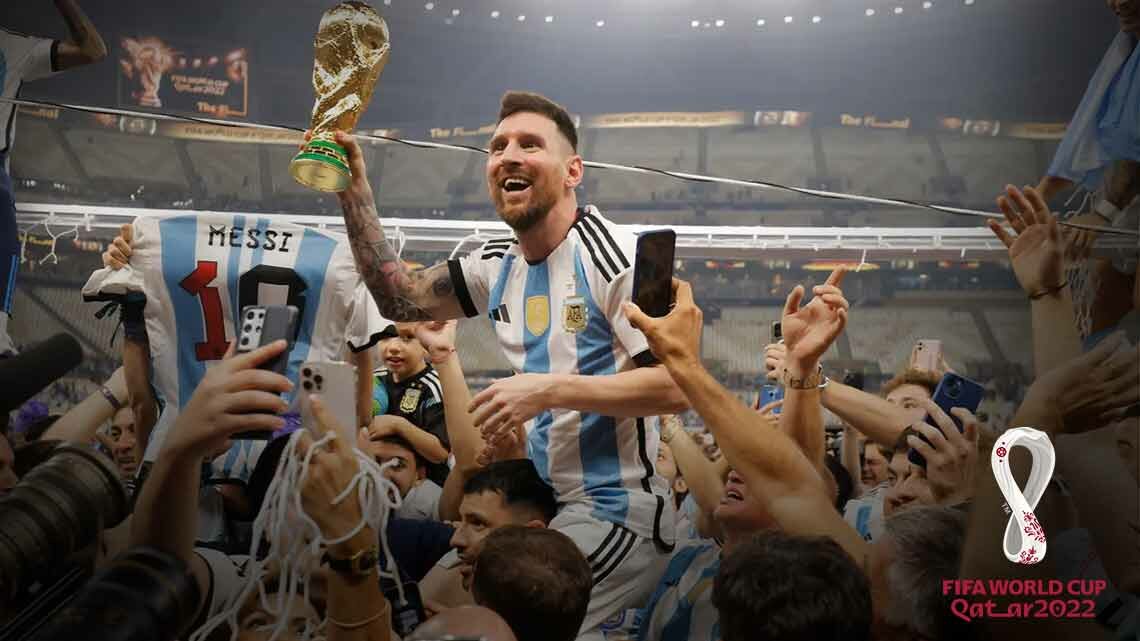 QATAR – The crazy night of the final had the best ending, as Lionel Messi finally hails his first FIFA World Cup trophy in his last appearance in this competition.

In the grand finale of FIFA World Cup Qatar 2022 which was played on 18th December, Argentina defeated France in the penalty shootout, to celebrate their third world championship in history.

The South American had a great start in the first half, as Messi scored a penalty in the 23th minute, and Angel Di Maria netted the second goal in 36’, leading to a 2-0 advantage.

However, team France, who had low performance most of the time, started to strike back in the bottom of second half.

The defending champion’s key player Kylian Mbappe scored a penalty in 80’, and quickly equalised the score with his second goal in one minute after.

The game then dragged into the extra time. LM10 scored his second goal in 108’ to help the Eagle of Pampas take another lead, but Mbappe again amazed the world by netting his second penalty in 118’, to perform a hat trick.

This is also the second hat trick to be made in World Cup history, after England player Geoff Hurst who did it in the 1966’s event.

With his eighth goal in this Qatar tournament, one goal ahead of Messi, the 23 years old superstar was also awarded the Golden Boot.

The Fate of Penalty Shootout

The final had to be brought into the penalty shootout with a 3-3 result after extra time.

Messi and Mbappe made a good start for their team by scoring in the first round, but France fell into trouble after Kingsley Coman and Aurelien Tchouameni missed their shots in the second and third rounds.

Gonzalo Montiel, who takes the fourth shot, netted the penalty to help the South American win the title with 4-2 score in the live or death stage.

Argentinian goalkeeper Emiliano Martinez who saved once in the penalty shootout, also several blocks in the whole match, was awarded the Golden Glove of Qatar 2022.

Messi, who performed as the most valuable player in the final as well as the entire tournament, has no doubt to be honoured with the Golden Ball award.

This is his second World Cup MVP title in his career, where he once won in the 2014’s event, finishing as the runner-up.

Tonight, the football icon showed a perfect comeback after eight years of disappointment, and also avenged their loss to France four years ago in the round of 16.

The seven times Ballon d’Or winner escalated his identity as the football GOAT (Greatest of All Time) with a golden trophy, making him the same level as the late Argentinian legend, Diego Maradona.

Although has been on top of the world, the 35 years old phenomenon doesn’t plan to retire so soon. He is still ready to wear the Argentinian No.10 jersey with three stars on it, also the PSG shirt to keep shining in the French Ligue 1 and UEFA Champions League.