France in Qatar World Cup: The Quest of Defending Champion 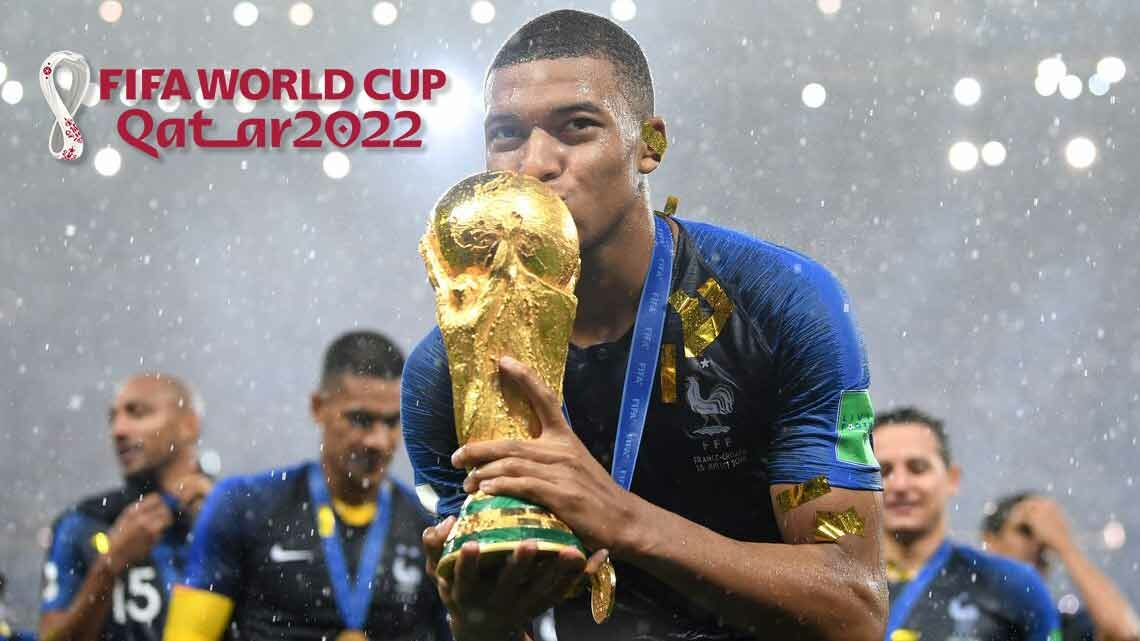 The 22nd FIFA World Cup finals which will be played from 20th November to 18th December 2022 in Qatar, is the last time this world largest football competition will be participated by 32 teams.

In the 2026’s event which is held by the United States, Canada and Mexico, the World Cup finals will involve 48 teams, giving a chance to more countries to compete in this major tournament.

The Qatar FIFA World Cup 2022 gathered most of the great national teams worldwide, which were formed by many top class players.

The favourite of champions among the 32 participating teams included France, the reigning world champion.

The Injuries and Recent Performance

The France national team defeated Croatia 4-2 in the 2018’s final, hailed their second golden trophy since the 1998’s event which was held at home.

Les Bleus are treated as one of the four top choices to win the title this year, along with Brazil, Argentina and Germany.

However, the blue squad are having trouble with their team injuries and low performance in the last few months.

N’Golo Kante, one of the best defending midfielders in the world, had confirmed to quit the Qatar competition as he will receive a hamstring surgery.

Meanwhile, Paul Pogba, the top class attacking midfielder, will also be absent from the major tournament as he is unable to recover from his knee surgery, before the Qatar matches started.

Besides, team France had poor results in the last six months, only getting one win in all the six matches of UEFA Nations League group stage, while losing to Denmark twice and Croatia once.

The Rising Stars: Mbappe and Others

The bright side of the World Cup’s defending champion is, they have plenty of young players who are famous and showed their ability in their clubs.

Kylian Mbappe, the most focused French player, had risen to fame in the 2018’s tournament, by scoring four goals including one in the final.

The 23 years old PSG superstar’s performance in Qatar, will probably decide the result of his national team, and how far they can go.

Besides, Aurélien Tchouaméni, aged 22 defensive midfielder from Real Madrid, might be the best replacement for Kante to play in the World Cup this winter.

Another midfielder from Real Madrid, Eduardo Camavinga who is only 19, also has potential to represent his nation in the coming major event.

The Challenge in Qatar

In the journey to hold their title, France football team will play against Australia, Denmark and Tunisia in Group D.

With less challenge in the group stage, Les Bleus are expected to qualify into round of 16 as the top two places, along with Denmark.

However, they shouldn’t forget the tragedy in the 2002’s tournament, where they had been eliminated in the group stage as a defending champion.

France team head coach, Didier Deschamps, who brought the highest glory to his nation four years ago, might rely on both young and older players who had experience.

Besides Mbappe, Karim Benzema, the aged 35 striker from Real Madrid who had won the Ballon d’Or last month, probably will be relied on by Deschamps too as his last appearance in the World Cup event.

Whether France’s supporters or not, you are welcome to watch FIFA World Cup 2022 live streaming for free at 24.live, the best platform for football matches live streaming in Malaysia.

24.live provides live streaming for all the 64 matches of Qatar FIFA World Cup 2022 for free, with HD quality, no ads and quick loading.

Join us now to feel the excitement of this world’s largest football competition, watch FIFA World Cup live at 24.live, without paying for the TV channels or visit other websites with low quality, slow loading and annoyed by pop-up ads.