France in Trouble As Kante Out of World Cup 2022 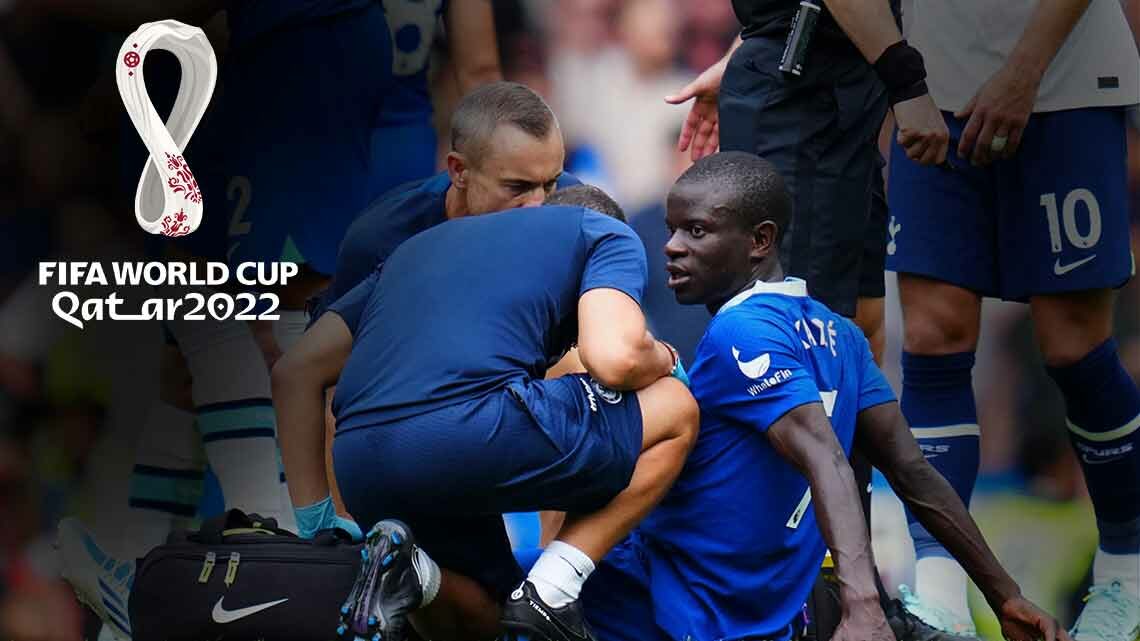 LONDON– Chelsea Football Club announced on Tuesday that their main player N’Golo Kante will be absent from their matches for four months, as he is ready for a hamstring surgery soon.

This statement means that the French star had been ruled out from the FIFA World Cup finals, which will be held in Qatar starting 20th next month.

The 31 years old defending midfielder who had injured in the match against Tottenham Hotspurs this August, doesn’t see a positive effect for his treatment, hence the club decided to arrange an operation for him.

Kante will not only miss the World Cup tournament, but also many of Chelsea’s important matches, including two matches of UEFA Champions League group stage, and the clashes of giants against Manchester United, Arsenal, Man City and Liverpool in upcoming EPL matches.

The Absence, The Problem

Kante, who is widely regarded as one of the best defending midfielders in the current football world, will surely affect the squad of both Chelsea and the French national team.

The star who is famous for his tough defence, strong physical and full stamina, is one of the main players to help France win the World Cup trophy in 2018.

Without Kante guarding the backcourt side in the midfield zone, the defending champion of Qatar World Cup is having trouble finding the best replacement for him, before the tournament started one month after.

The French team head coach Didier Deschamps will probably choose Aurelien Tchouameni as their new defending midfielder, the 22 years old player who joined Real Madrid before this season, with a total fee of 100 millions Euro, showing his brilliant performance in both LaLiga and Champions League. However, his less experience in major competitions might be a disadvantage.

Despite the injury list, the two times World Cup champions are still considered one of the top favourites of this year’s title, as they have plenty of top players such as the new Ballon d’Or winner Karim Benzema, the currently most valuable player Kylian Mbappe, Antoine Grizemann, Kingsley Koman and Eduardo Camavinga.

Not just Kante, Les Bleus are also worrying about another main player Paul Pogba, who is trying his best to catch up the Qatar competitions.

The attacking midfielder who is now serving Juventus, is recovering from his surgery which was done a month ago.

Media reported that he had returned for training in the Italian club’s camp, and hoped to return to the match in early November.

The former Manchester United star is also the key player of his national team’s glory four years ago, which scored in the World Cup final to help France defeat Croatia 4-2.

Jota Out From World Cup Too

Meanwhile, Portugal national team are also troubled with the injury news, as their striker Diogo Jota had ruled out from the Qatar tournament as well.

The 25 years old forward who is now serving Liverpool, hurt his leg during the clash against Manchester City last Sunday, being sent off in the second half.

The Reds’ manager Jurgen Klopp confirmed that Jota will miss the World Cup finals this year, although he doesn’t have to receive a surgery.