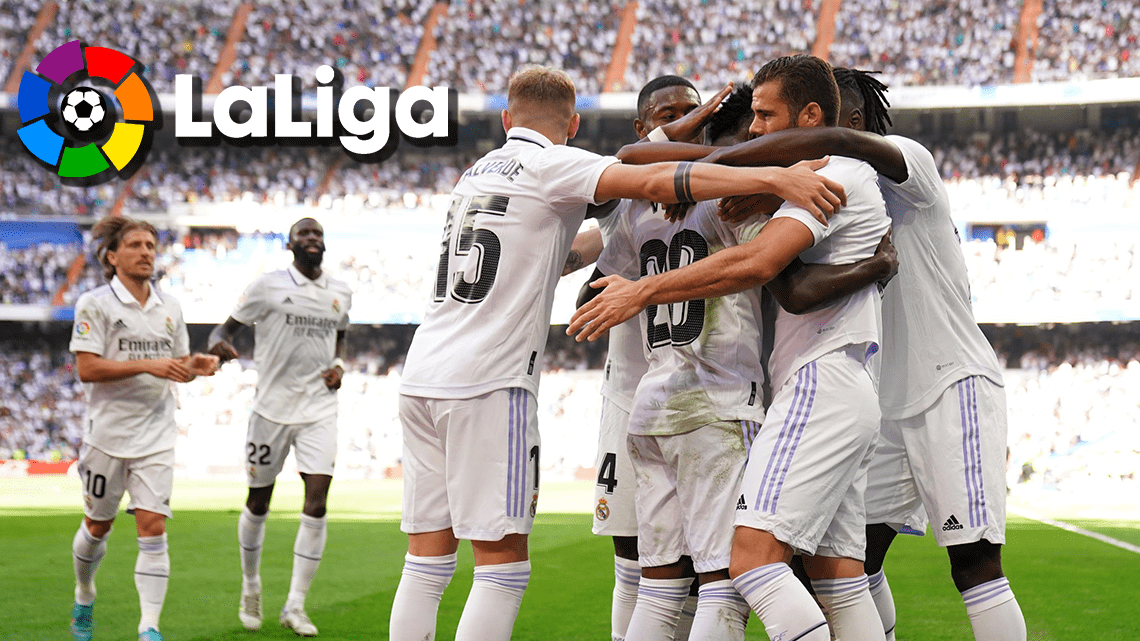 The Spanish LaLiga completed the matchday 5, as Real Madrid defeated Mallorca 4-1 at Bernabeu Stadium, keeping at top of the league with 15 points.

The defending champion is now the only club in the European five major leagues who won all the matches in season 2022/23.

With goals from Valverde, Vinicius Junior, Rodrygo and Rudiger, the Los Blancos showed their firepower which is strong enough, although their top striker Karim Benzema was absent due to leg injury after his match during the UEFA Champions League group match against Celtic last week.

Benzema, who is also the number one striker of the current French national team, is now buying his time to recover as soon as possible, to participate in the FIFA World Cup 2022 which will be held in Qatar starting 21st November.

Aim For Spain and Europe Champions

With great condition and outstanding performance under the coaching of Carlo Ancelotti, The Madrid giant club are now targeting the champions for both domestic and European leagues.

They are playing in a comfortable zone for the UCL event, as their competitors of group F are considered outmatched, including Shakhtar Donetsk, RB Leipzig and Celtic.

Meanwhile, for the LaLiga, their greatest rival Barcelona is the biggest threat to them, which is now right behind them in the standings with 13 points.

Barca had beaten Cadiz 4-0 in the away game, with goals from super striker Robert Lewandowski, Frenkie de Jong, Ansu Fati and Ousmane Dembele.

Betis and Villarreal at 3rd and 4th

In the match to fight for third place in the LaLiga standings, Real Betis defeated Villarreal 1-0 at home, thanks to the only goal from Rodri in the 61st minute.

After the tough victory, Betis is now standing at third place with twelve points, two points more than Villarreal, Athletic Club and Atletico Madrid with ten points each.

Athletic Club won 4-1 over Elche in the away game, with an own goal from opponent player Nicolas Fernandez, and also scores from Oihan Sancet, Nico Williams and Berenguer Remiro.

Meanwhile, another club from Spain’s capital, Atletico Madrid recorded a pretty victory 4-1 over Celta Vigo, to stand at sixth place now and hold the chance to march into top four by any time.

With goals from Angel Correa, Rodrigo De Paul, Yannick Carrasco and an own goal from Unai Nunez, Atletico had shown their ability to compete steadily in both the Spanish and UCL leagues.

The Challenge of UCL Clubs

There are four Spanish teams who are competing in the UEFA Champions League at the same time, the tight schedule and tiring travel as an away team, might be a challenge for their players to keep on their stamina and top condition.

Barcelona will fly to Germany to face the Bundesliga giant Bayern Munich this Tuesday, as the rivalry in group C. Atletico Madrid will also visit Germany to play against Bayer Leverkusen on the same day.

Real Madrid, also the defending champion of UCL, have a better schedule as they are facing Leipzig at home on Wednesday. Meanwhile, Sevilla will travel to Denmark to play against Copenhagen on Wednesday too.