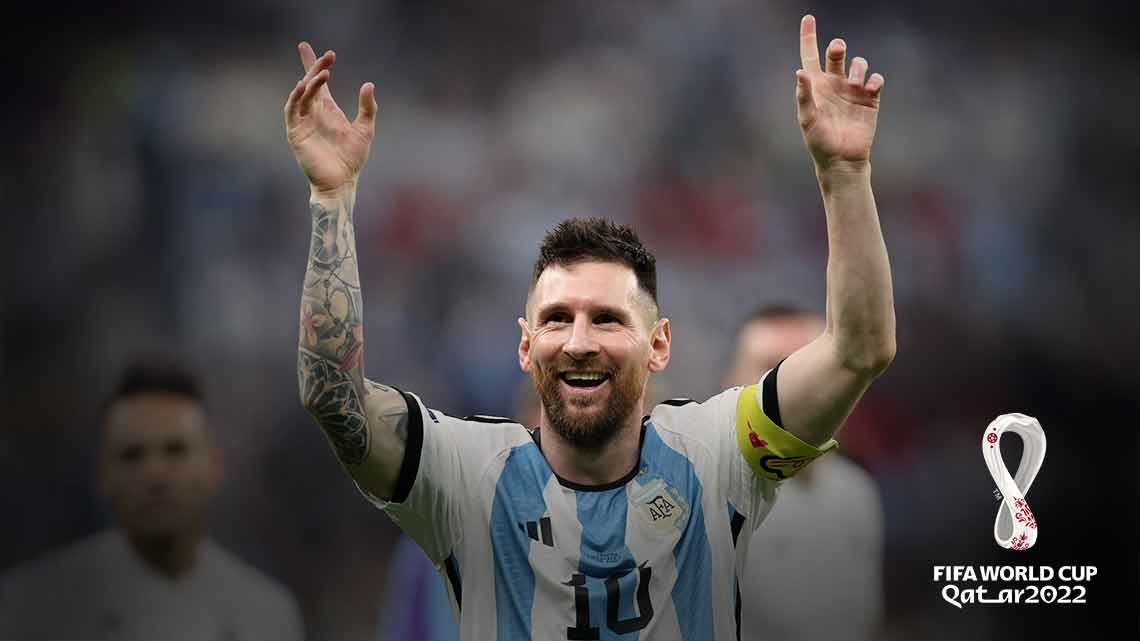 QATAR – Lionel Messi needed only one more match to hail his first ever golden trophy in his career.

Argentina beat Croatia 3-0 in the semi final of FIFA World Cup Qatar 2022, becoming the first team into the final which will be played on 18th December. 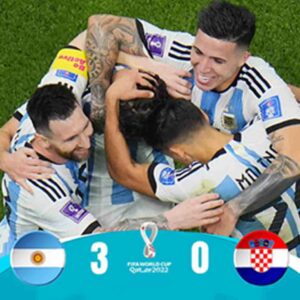 The Argentinian completed a perfect revenge on the Croatian, who lost to them in World Cup 2018’s group stage with the same result.

With a penalty kick from Messi and two goals from Julian Alvarez, the South American destroyed the hope of the Checkered Ones to march into the final for two consecutive times.

However, the runner-up four years ago led by 37 years old Luka Modric, are leaving this tournament proudly as a semi finalist, by eliminating the Five Stars Brazil in the quarter final.

The Eagles of Pampas will face France or Morocco in the battle of championship, to fight for their third World Cup title since 1978 and 1986.

Team Argentina showed a perfect comeback in this Qatar event, where they were once frustrated by losing 1-2 to Saudi Arabia in the opening match. 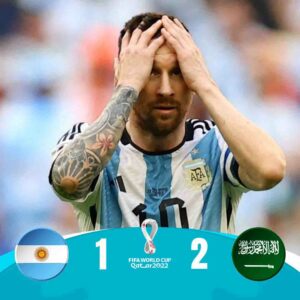 The Blue and White Squad then quickly recovered to defeat Mexico and Poland to qualify as first place in the group stage, then eliminated Australia and Netherlands before the semi final.

The Argentinian now in the World Cup final again since 2014’s competition. They lost 0-1 to Germany after extra time eight years ago.

If they are playing against France in the final this Sunday, Argentina will be looking forward to another revenge. They were eliminated by Les Bleus in the round of 16 four years back, including two goals from Kylian Mbappe who was only aged 19 that time.

After the victory last night, Messi confirmed that the final of Qatar 2022 will be his last ever World Cup appearance.

The 35 years old football icon who won seven Ballon d’Or awards, was speculated with his possibility to participate in the world’s largest tournament in 2026.

Although at the age of retirement, the Paris Saint-Germain superstar still had a great performance in Qatar, he scored five goals, leading the scorer board together with Mbappe.

Messi said that he will enjoy the final as his last match of the World Cup competition.

“Yes, this is for sure (the final as his last World Cup match), the next tournament is still years to go, which I don’t think I can make it, so it’s best to end in this way.”

France will face the challenge from Morocco to grab another ticket into the grand finale.

The defending champion who defeated England 2-1 in the quarter final, proved their ability to retain the title although they missed a few top players due to injuries.

However, the Atlas Lions had amazed the world as a super dark horse, becoming the first African team into the World Cup semi final.

So, it is not a surprise again if the Moroccan could knock France out, to appear in the final, even winning the World Cup trophy.