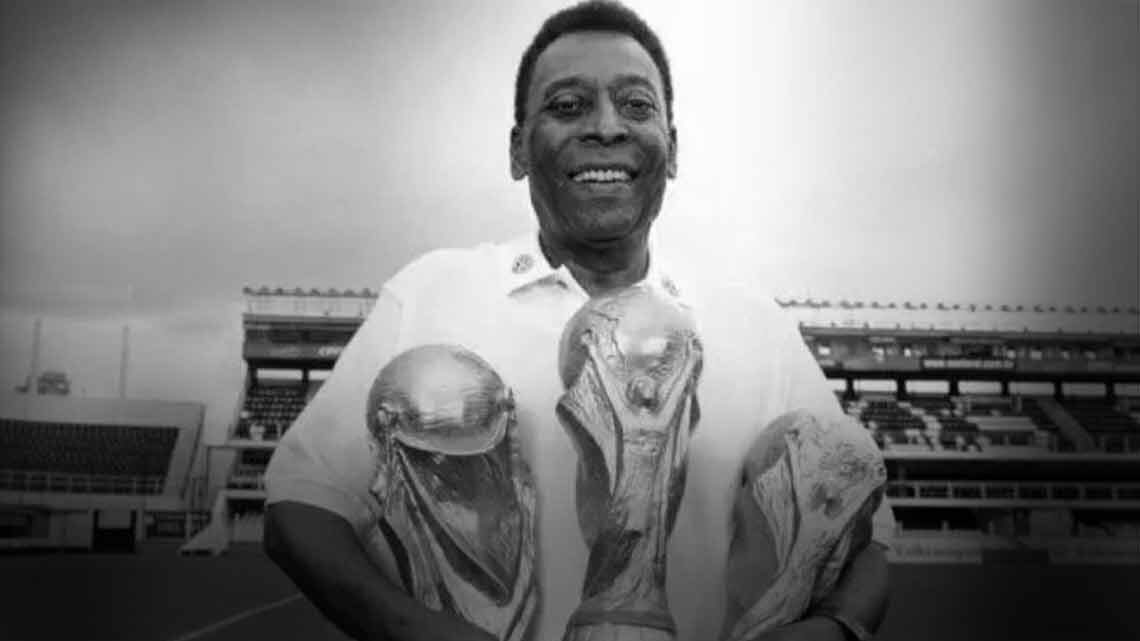 The world fell into sadness when Pele passed away yesterday.

Sao Paulo’s Albert Einstein hospital confirmed on 29th December, that the Brazilian legendary football player had died on Thursday at the age of 82.

Their statement showed that he left the world at 3.27pm, due to multiple organ failures caused by conor cancer, plus his previous medical condition.

Pele had been sent into the Brazilian hospital weeks ago. As his health didn’t improve, there were rumours that his family and related parties had prepared for his funeral days ago.

Pele is widely regarded as the greatest football player of all time, as well as the 20th century, giving him the title of King of Football.

He helped the Brazilian national team win their first FIFA World Cup trophy in 1958 at the very young age of 17, including two goals in the final to defeat Sweden 5-2.

Pele then joined the Samba Squad to play in the next three tournaments, and won another two titles in 1962 and 1970. He scored again in the 1970’s final to beat Italy 4-1.

With Pele’s epic performance, Brazil was given the Jules Rimet Trophy to keep it forever, as a reward for the first team in history who won three World Cup championships.

As the only player in history who collected three golden trophies, it is an achievement too difficult to be equal with for now and future.

Pele and Maradona: The Late Legends

Pele was another football legend who left the world, two years after the death of Diego Maradona.

Maradona, who is well known as the two greatest players in the 20th century, along with Pele, had passed away on 25th November 2020.

Risen to fame a decade after Pele’s achievement, Diego helped Argentina to win the World Cup 1986 title with an unbeatable performance, including the “Hand of God” and the “Goal of the Century”.

During Maradona’s funeral, Pele once said that they will meet again in heaven.

All the world is mourning Pele, including current football stars, national teams and clubs.

Lionel Messi and Cristiano Ronaldo, the two greatest players in the past decade, paying their tributes to the King of Football.

“I send my deepest condolences to Pele’s family and all the Brazilians,” Ronaldo said this in social media, while sharing a photo where Pele sent him the Ballon d’Or award in 2008.

Messi wrote on his page, “Rest in peace, Pele,” with a photo of him and Pele.

FIFA officially stated, “People called him the King of Football, he is one of the most reputed players. The Brazilian legend passed away on 29th Dec. Rest in peace.”

The Brazilian national team shared a photo where Pele celebrated victory during his player’s career, stating “Pele, The King.”