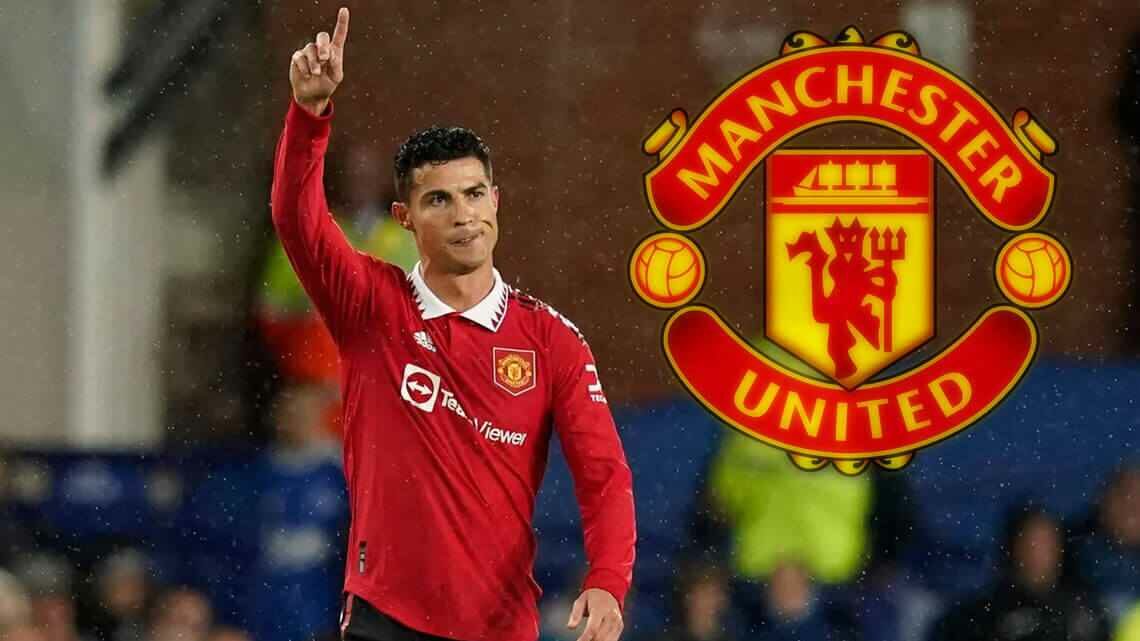 In the English Premier League matchday 10, Manchester United defeated Everton 2-1 in a thrilling away game, to collect three points and rise to fifth place in the EPL table.

The home team led the score early with a goal from Alex Iwobi in the fifth minute, making the Red Devils feel intense as the poor defence caused them a hard situation.

However, United performed an outstanding comeback after Brazilian young star Antony Santos equalised the score and the deciding goal from the Portuguese legend Cristiano Ronaldo in the 44th minute.

Ronaldo was sent in as a substitution to replace Anthony Martial who had been slightly injured, making his own record, to become the first player in football history who scores 700 club goals in a career.

The CR7 had scored 144 goals by representing Manchester United, for the current term since 2021 and the previous term between 2003 to 2009. Besides, he had scored 450 goals for Spanish giant Real Madrid, 101 for Italian club Juventus and 5 goals for his nation’s club Sporting.

Both Records of Club and National Goals

Not just the player’s record of club goals of all time, the United’s No.7 iconic star is also the record holder of national team scorer in football history, which made 117 goals by representing Portugal.

At the retiring age of 37, the football phenomenon is still committed to contributing to his lovest club, although he has been listed as a substitute player most of the time.

The score against Everton was Ronaldo’s first goal in this EPL season, also the first non-penalty goal for all competitions including UEFA Europa League. However, he is still highly popular among club fans and audiences, as well as respected among his teammates.

Ronaldo is not just famous for his scoring ability and acting as the core of the team attack, also well known for his multi skills of scoring, including free kick, long shooting, heading and short distance shooting.

According to the statistic, among the 700 club goals in his career, Ronaldo had scored 461 goals using his right foot, 124 with his left foot, 113 with a header and 2 with other positions.

The CR7 had performed 50 hat-tricks in his club career and spent 109.8 minutes averaged to score a goal, showing super high efficiency.

Near the time of retirement, Cristiano Ronaldo is having his one last significant mission in his career, which is to lead Portugal in the FIFA World Cup Qatar 2022 this winter.

The national team captain, who brought the European Championship title for his nation in 2016, is hoping to make a memorable performance in his last participation in this major tournament.

Ronaldo helped Portugal to march into the semi-final in the 2006’s event, however, after he became the team spirit and core player, his team were not performing well in the past three times tournaments, either being kicked out in the group stage or stopped in round 16.

Besides, the matches in Qatar are much more exciting or expected by football fans, as Cristiano and his greatest rival, Argentinian legend Lionel Messi are both competing for their last-ever World Cup event.