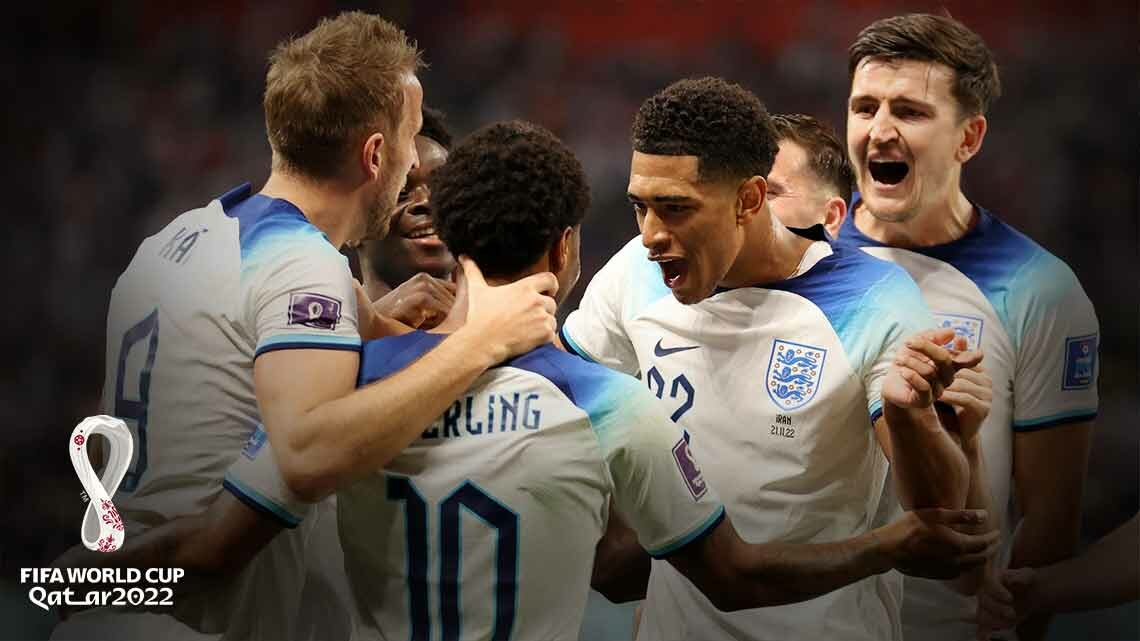 QATAR – The FIFA World Cup Qatar 2022 completed the second match day, as three games had been played on Monday evening and night.

In the focused match which finished earlier, England crushed Iran 6-2 to hail their victory in the debut.

Regarded as the most valuable national football team worldwide, the Three Lions showed their worthiness by dominating the game against the Arabian.

With double scores from Bukayo Saka and each goal from Jude Bellingham, Raheem Sterling, Marcus Rashford and Jack Grealish, England proved their strength to fight for their second world championship in history.

After the match, Gareth Southgate’s squad stood in the first place of Group B, ahead of Wales and USA with one point each. The Persian in the bottom after the loss.

Wales, another team from Great Britain, drew 1-1 against the United States in the later game.

USA once led with a score from Timothy Weah, son of the Liberia president George Weah who is also a football legend.

The Red Dragon equalised the result with a penalty kick from their team spirit Gareth Bale in the 82nd minute, to secure one point in their first appearance in World Cup since the 1958 event.

England will play against the USA on 25th November, while Wales will meet Iran.

In Group A, Netherlands beat Senegal 2-0 to lead the group together with Ecuador.

The Dutch collected three points with scores from Cody Gakpo and Davy Klaassen, getting the initiative to advance into round of 16.

Although they lack famous stars among the squad, the Oranje who have Liverpool defender Virgil van Dijk as their captain, are still considered one of favourite teams in this winter’s event.

The African champion fought hard most of the time, but broke their defence in the last 20 minutes.

Without their top player Sadio Mane, Senegal seems to lack quality in attacking and shooting.

On the first day of the World Cup 2022 finals, Qatar lost 0-2 to Ecuador, becoming the first host team to lose the opening match in history.,

The Netherlands will meet Ecuador on 25th Nov to fight for first place, while Qatar will face Senegal.

The upcoming matches of the FIFA World Cup group stage featuring Argentina and France, who will be playing on Tuesday.

Argentina, led by the legendary Lionel Messi, will face Saudi Arabia in the early game of Group C.

All football fans worldwide will see the LM10 performance in his last participation in this world’s largest tournament.

Meanwhile, France will begin their journey in Group D to defend the championship by meeting Australia.

Les Bleus who lost several main players before the competition such as Karim Benzema, N’Golo Kante and Paul Pogba, having a huge difficulty to hail the trophy for two consecutive times.

Another match of Group C includes Poland against Mexico, where the Polish captain Robert Lewandowski will appear in the FIFA World Cup for the last time.

Denmark will meet Tunisia in another game of Group D.