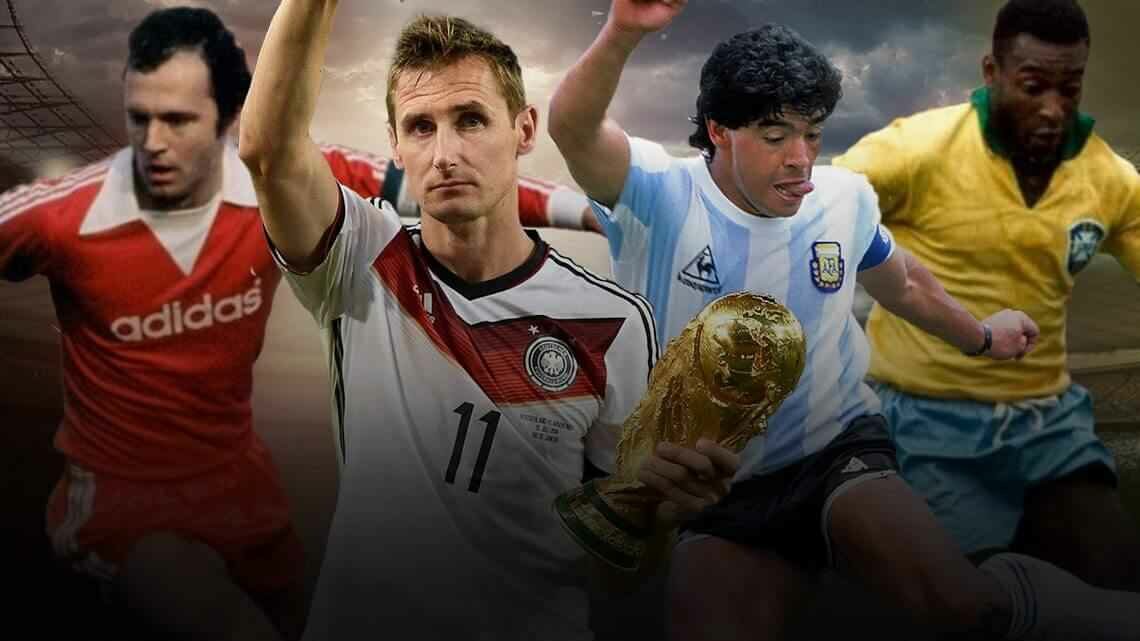 The FIFA World Cup 2022 will be held in Qatar from 21st November to 18th December 2022, which is just around the corner. This will be the 22nd running of this largest single sport tournament.

The FIFA world cup has been historically held in May and June, this is the first time it’s held in November and December. This is to keep away from the hot weather of the Western Asia. The Qatar World Cup will be the first World Cup to be held in the Arab world.

In Malaysia, where football is one of the national sports and home to many football fans, Qatar World Cup is the most anticipated event. It’s been customary for fans to gather for the game, finding joy in cheering for their team and predicting the match, some will even bring the excitement to another level by trying their luck on their prediction.

There have been 21 events since the tournament was initiated in 1904, many records were made and legends was born along the way. Here we are going to share about the four greatest players of all time.

Football legend Miroslav Klose scored a total of 16 goals in four World Cup tournaments and has put his place in the World Cup history as the player who scored the most goals. Klose helped Germany winning the runner-up in 2002, 3rd place in 2006 and 2010 and champion in 2014. Being a renowned player for his heading skills, 7 out of the 16 goals by Klose were scored by head, which five are from the 2002 FIFA World Cup.

Pele – The Only Player Who Win 3 Times

Pele stamped his talent in the FIFA World Cup at the age of 17, with a hat-trick (three goals in a match), and two goals at the final, winning the tournament in 1958. Brazil won two more tournament in 1962 and 1970 with Pele help, making him the sole person who won the FIFA World Cup for three times in history. Pele’s legendary achievement has earned him the icon for Brazil national team and being regarded as GOAT, which means Greatest of all time.

Diego Maradona – Hand of God and Goal of the Century

The “God of Football” Diego Maradona shares the “FIFA Player of the Century” title with Pele. At the quarter final in 1986 against England, Maradona scored two legendary goals known as the “Goal of the Century”. Apart from that, he was also acknowledged by the FIFA World Cup as the “Hand of God”. Despite the controversies, Maradona remains as the winning factor and holds the title of the best individual performance in World Cup History.