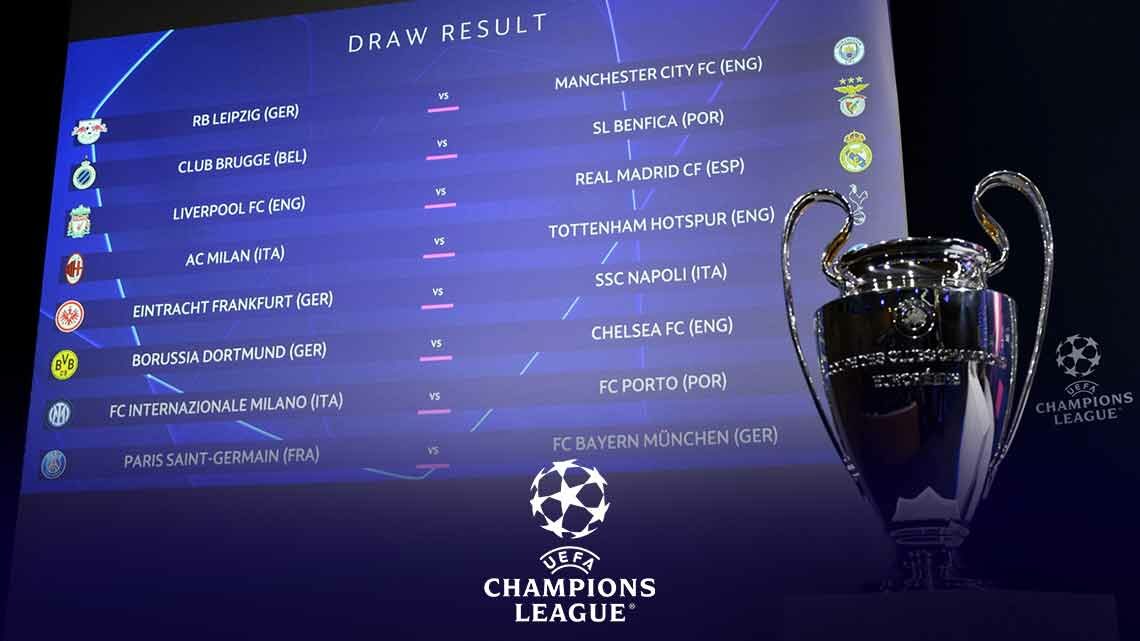 The UEFA Champions League season 2022/23 completed the draw of Round of 16 yesterday.

In the focused games, Liverpool will fight against Real Madrid, replay the grand finale last season.

Madrid defeated the Reds 1-0 on 28th May 2022 with the only goal from Vinicius Junior, hailed their 14th European championship.

Liverpool faced a tough fate after they finished the group stage as second place, with the same points but disadvantage of head-to-head results against Napoli.

Meanwhile, Paris Saint-Germain will challenge Bayern Munich in another clash of the giants.

The French rich club which set up their highest target in this competition, with the Super Trio Lionel Messi, Neymar and Kylian Mbappe, had met the huge obstacle in the upcoming stage.

Bayern showed their strength to fight for the UCL title this season, as they won all the six games in the Group C by beating both Barcelona and Inter Milan twice.

Milan VS Spurs, Dortmund VS Chelsea

AC Milan will meet Tottenham Hotspur as another favoured match.

The Italian club who won seven time European trophies, seeking to march into quarter finals by eliminating the Premier League club, who was the runner-up of UCL’s season 2019.

Another London giant team Chelsea will face Borussia Dortmund, to fight for a ticket into the Last 8.

The Blue Lions who won two Champions League titles, last time in 2021, expecting a tough battle from the German club, who qualified in the same group with Manchester City.

Meanwhile, City had a lucky draw as they faced RB Leipzig, giving them a bright hope to advance into the quarter finals.

The EPL reigning champion aimed for their first ever European trophy, getting a better chance with the more powerful squad, especially the fiery striker Erling Haaland.

The UEFA Europa League had also drawn their knockout round play-off ties on the same day.

In the most favoured game, Manchester United will play against Barcelona, this clash of giants will surely grab attention from both the English and Spanish clubs’ fans.

In other matches, Juventus will meet Nantes, Leverkusen against Monaco and Ajax facing Union Berlin.

The eight teams who won the Europa League playoff, will draw again to fight with another eight from the first place of UEL group stage, to form the Round of 16.

UEFA Champions League Round of 16: