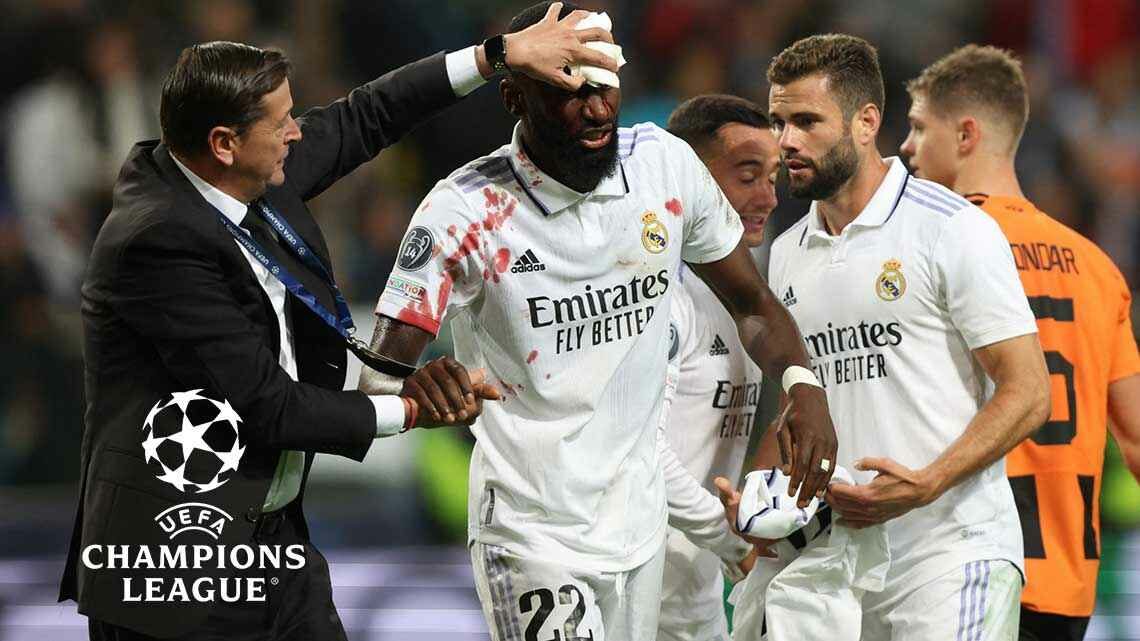 MANCHESTER – The UEFA Champions League (UCL) group stage completed the first half of matchday 4, as the few favourites of the champions were unable to get a win on Tuesday.

The top favourite of the UCL champion this season, Manchester City could only get a 0-0 draw against Danish club Copenhagen in the away game.

The City played with 10 players after Sergio Gomez was sent off with a red card in the 30th minute, while Riyad Mahrez missed a penalty kick in the 25th minute.

With the fiery striker Erling Haaland listed as a substitution in the entire match, the English giant club were goalless and ended their three consecutive wins in Group G.

The defending champion, Real Madrid, also broke their winning streak in Group F, after a 1-1 draw with Shakhtar Donetsk at Polish Army Stadium.

The home game of the Ukrainian club was held in Poland, as their nation is suffering from war against Russia.

Madrid’s German defender Antonio Rudiger headed a thrilling equaliser in the 90+5th minute, while he was bleeding on his face from a collision with the opponent’s goalkeeper.

After the matches, Man City and Real Madrid are still leading each group with 10 points, they will both advance into the round of 16 with the first place if they won matchday 5.

Another favourite of champions, Paris Saint-Germain drew 1-1 against Benfica again, the same result as last week when hosted by the Portuguese club.

The French giant put the legendary Argentinian Lionel Messi to rest, with super duo Kylian Mbappe and Neymar Jr to play, and only collected a goal from Mbappe with a penalty score.

After two wins and two draws, PSG still leads Group H with eight points, the same as Benfica, while Juventus and Maccabi Haifa are in the third and fourth with three points each.

In another game of the group, Maccabi defeated Juventus 2-0 at home, giving the Italian big club their third loss in this season’s Champions League.

Chelsea beat AC Milan twice in a week, with a 2-0 victory in the away game, to collect their second win in Group E.

The Blue Lions had a good start as the home team’s Fikayo Tomori was sent off in the 18th minute with a red card, and led with a penalty score from Jorginho afterwards.

Gabonese striker Pierre-Emerick Aubameyang assured the London club’s victory with a score in the 34th minute, making them score five goals against Milan in two rounds.

Chelsea performed a great comeback in the group after the win, which rose to first place with seven points, one point ahead of RB Salzburg, while Milan and Dinamo Zagreb at third and fourth place with four points each.

In the other UCL group matches on Tuesday, Borussia Dortmund drew 1-1 against Sevilla, Dinamo Zagreb drew 1-1 with Salzburg, and RB Leipzig won 2-0 over Celtic in the away game.