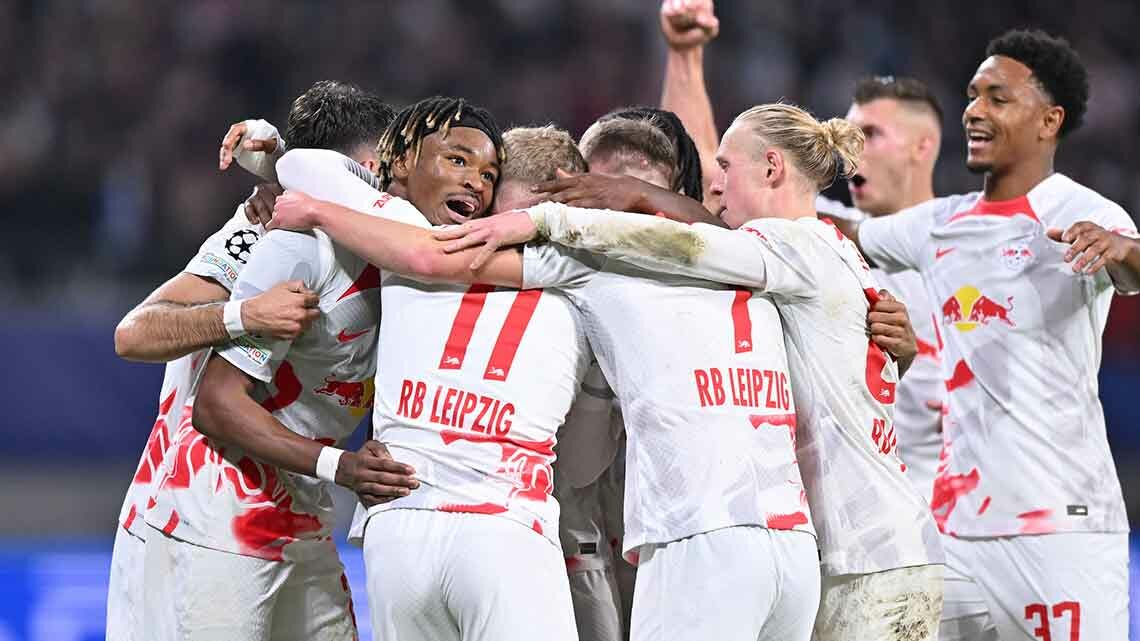 The UEFA Champions League season 2022/23 finished the half of group stage’s matchday 5 on Tuesday night.

In one of the focused matches, Real Madrid lost 2-3 to RB Leipzig in the away game, to have their first loss this season, for both the UCL and Spanish LaLiga.

The defending champion for both competitions had stayed unbeaten for all 16 matches before their visit to the German club yesterday.

After the loss, Carlo Ancelotti’s team was still at the top of Group F with ten points, one point ahead of Leipzig. Both teams who had advanced into the round of 16, will fight for first place in the last matchday next week.

In Group E, Chelsea confirmed their first place in the group before the last match, after their 2-1 victory over RB Salzburg in the away game.

With the goals from Mateo Kovacic and Kai Havertz, the Blue Lions grabbed three points in Austria, leading Group E with ten points.

AC Milan defeated Dinamo Zagreb 4-0 in the away game last night, standing behind Chelsea with seven points, unable to get over them in the last matchday, as their poor head-to-head results against the London club in the group.

Another favourite of champions, Manchester City gained one point after a 0-0 draw against Borussia Dortmund in Germany.

The English Premier League reigning club who defeated the Bees in the first round, were unable to make a goal last night, while their midfielder Riyad Mahrez missed a penalty kick.

Erling Haaland, the City’s fiery striker who scored against his former club in their last battle, was goalless in Signal Iduna Park as his first visit to the stadium he was reigning once.

Paris Saint-Germain, the French rich giant club, crushed Maccabi Haifa 7-2 at home, thanks to the perfect teamwork from their super trio MNM.

Lionel Messi and Kylian Mbappe each contributed two goals and two assists, while Neymar also made a score, showing the great cooperation among the three superstars, despite the rumour of their conflicts.

With the double scores, Messi again updated his goal record in his career and in the European competition. The Argentinian legend has collected 129 goals in 160 UCL matches, 11 more goals to equalise the top record held by Cristiano Ronaldo.

Meanwhile, in the same Group H, Juventus lost 3-4 to Benfica in the away game, confirmed to be eliminated in the group stage, with a poor result of four losses and only one win.

The Italian giant club who won two UCL titles, declined this season in both the Champions League and Serie A league, even being beaten by the Israelian club Maccabi 2-0.

After the first day of group stage matchday 5, Group E to H, Chelsea, Real Madrid, Manchester City, Dortmund, PSG and Benfica had confirmed to advance into the next stage.