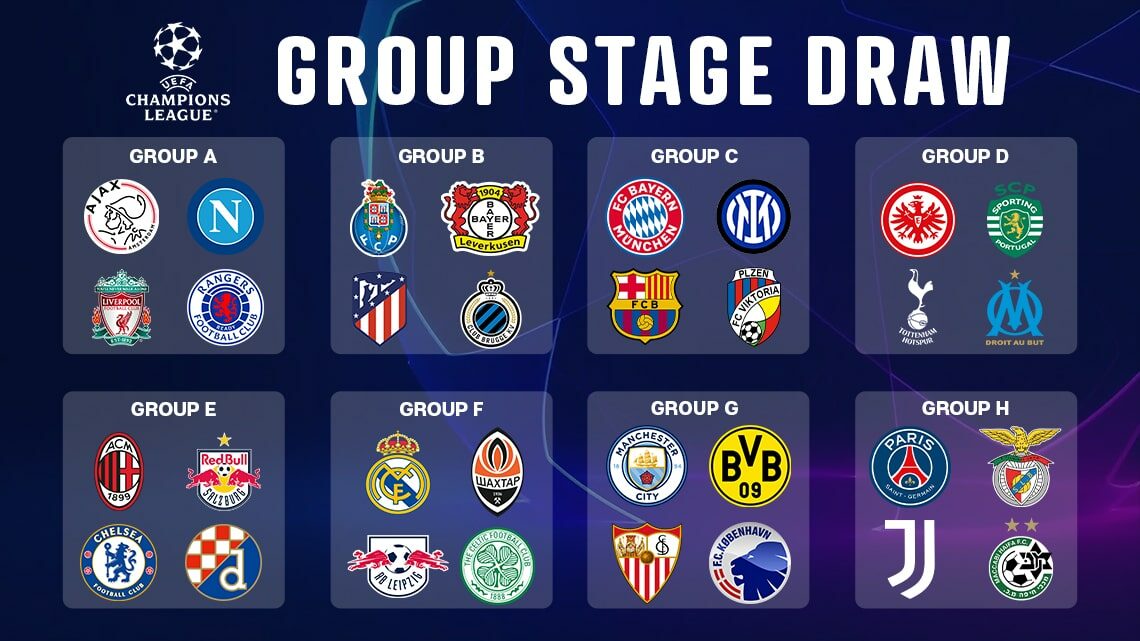 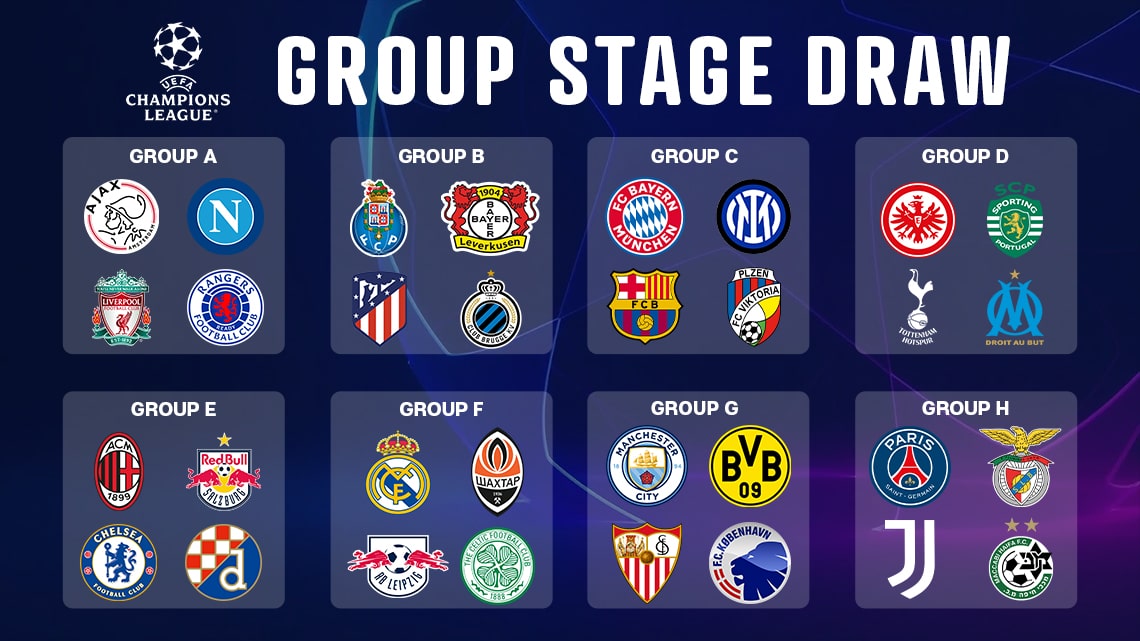 The UEFA has announced the draw of the UEFA Champions League (UCL) 2022/23 season’s group stage for 32 teams, on Thursday.

From the group A to H, some giant clubs are facing strong opponents in the same group, while the “group of death” is born in which more than two giant clubs are drawn into it.

German top club Bayern Munich, Barcelona from Spain and Inter Milan from Italy, fall into Group C, with Czech club Viktoria Plzeň in the same group, making it the most difficult and challenging group.

Meanwhile, all the other groups are having mostly two strong clubs in each group. French giant Paris Saint Germain drew into Group H, with Italian top club Juventus as their hardest opponent, as well as Benfica from Portugal and Maccabi Haifa from Israel.

English Premier League’s giant Chelsea is listed into Group E, facing the Italy power club AC milan, while Salzberg from Germany and Dinamo Zagreb from Croatia are in the same group.

Madrid and Liverpool Have Good Luck

Real Madrid, the defending UCL champion from Spain, having a lucky draw as they are listed into Group F, as other clubs are below their level, including RB Leipzig from German, Shakhtar Donetsk from Ukraine and Celtic from Scotland.

Liverpool, the runner-up of last season UCL, is also optimistic of their opponents in Group A, which have Ajax from Netherlands, Napoli from Italy and Rangers from Scotland.

Tottenham Hotspurs, the fourth participating club from EPL, drew into Group D with Frankfurt from Germany, Sporting CP from Portugal and Marseille from France.

Lastly, Group B is formed by Atletico Madrid from Spain, Porto from Portugal, Bayer Leverkusen from Germany and Club Brugge from Belgium.

The odds of champion for UCL 2022/23 is announced by several betting platforms, right after the draw of the group stage is completed.

Manchester City is the top favourite of the new UCL champion, as their odds is low as 1:3.5. PSG is the second favourite at 1:6, and Liverpool is the third at 1:6.5.

Meanwhile, Bayern Munich is in the top five of the choice of champion, with the odds of 1:7.5. Real Madrid is not expected to defend the title, with odds of 1:10.

Benzema: UEFA Player of The Year

He performed hat tricks in both games against PSG and Chelsea during the UCL qualification rounds last season, while scoring deciding goals for the three kick off rounds.

Ancelotti: UEFA Coach of The Year

Real Madrid is having huge success for this UEFA ceremony, their club manager Carlo Ancelotti is named as UEFA Coach of The Year, defeating Manchester City’s Pep Guardiola and Liverpool’s Jurgen Klopp.