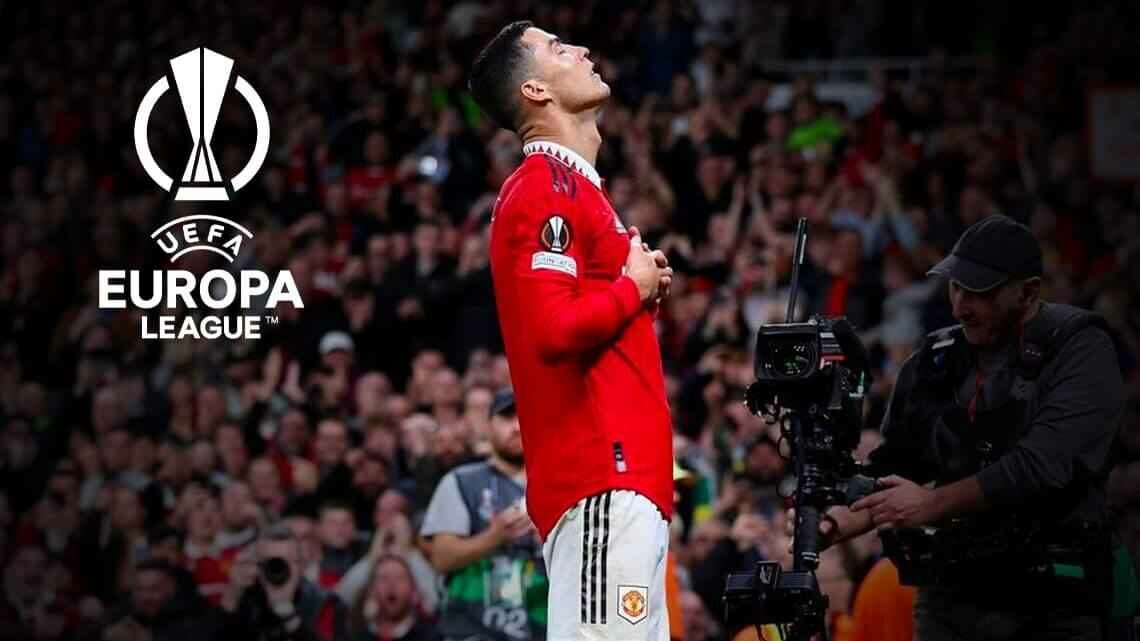 The UEFA Europa League season 2022/23 completed matchday 5 of the group stage, with 16 matches played on Thursday.

In one of the focused matches, Manchester United easily beat Sheriff Tiraspol 3-0 at Old Trafford Stadium, locked in second place in Group E to hold a chance to qualify into round of 16.

The Red Devils who are three points behind Real Sociedad, will meet the Spanish club in an away game as the last group match, to seek first place to directly advance into next stage.

In the Europa League, eight teams of the first place in every group will automatically qualify into round of 16, while the second places have to play against eight teams from the third places of Champions League’s group stage.

Ronaldo, who was banned from the last English Premier League game against, played as the first eleven yesterday, and was glad with his third goal this season, including two in the Europa League.

The legendary superstar was being controversial as he walked off the substitution seats during the EPL match against Tottenham last week, resulting in a punishment to ban him from the next game against Chelsea.

CR7 has now collected 818 goals in his professional career, including 701 club goals and another 117 from Portugal national team.

The United No.7 icon who is rumoured to leave the club in this winter’s transfer window, is striving for every minute to appear on the field, not just raising his goal records, also building his best condition to compete in the FIFA World Cup next month.

In Group A, Arsenal lost 0-2 to PSV Eindhoven in the away game, but still led Group A with 12 points, two points ahead of the Dutch club.

With two goals from Joey Veerman and Luuk de Jong, PSV who are coached by legendary striker Ruud van Nistelrooy, ended the Gunner’s full wins record in the group.

The London club who are leading the English Premier League, holding an advantage to qualify with first place, need only another three points when they face FC Zurich in the last group match.

In other group matches, Real Betis locked their first place of Group C in advance, after a 2-0 victory over Ludogorets in the away game.

The Spanish club led the group with 13 points, 6 points ahead of the Bulgarian club and AS Roma.

Roma, who are coached by the great manager Jose Mourinho, defeated HJK Helsinki 2-1 in Finland, and stand a chance to qualify as second place.

Meanwhile, Union Saint-Gilloise confirmed their top position in Group D, after they beat Malmo 2-0 in the away game.

The Belgian team grabbed a ticket to the next round with 13 points now, four points more than Union Berlin.

Berlin, the German club who are leading Bundesliga now, hold an initiative of qualification, as they just need to secure one point in the next game against USG.

The Europa League group stage will play their last matches next Thursday.