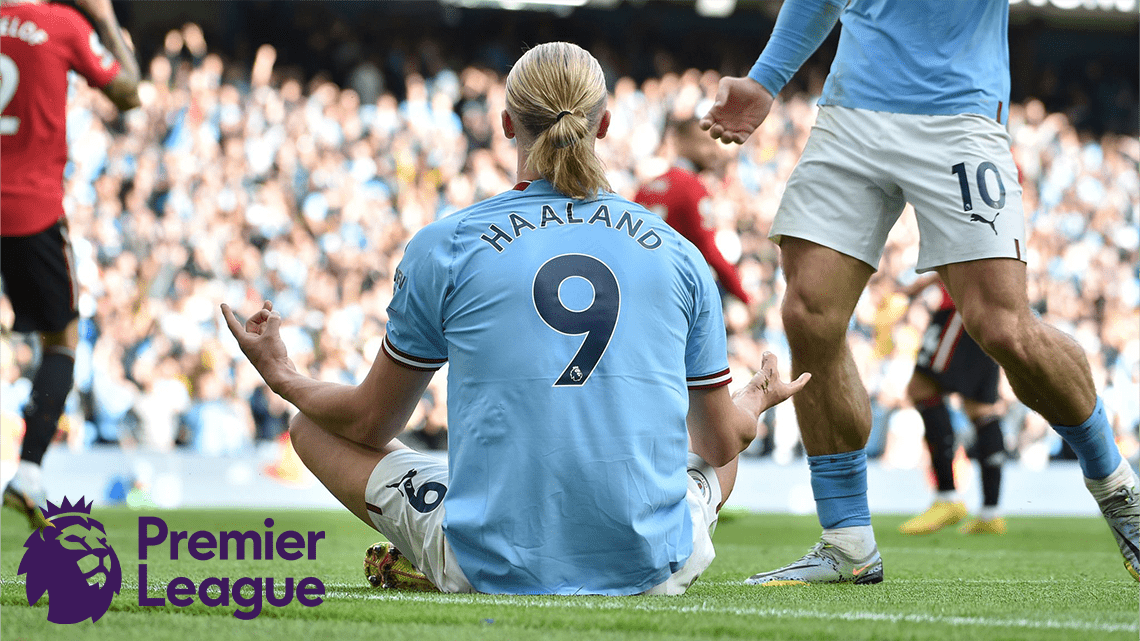 MANCHESTER – Erling Haaland is unstoppable among all EPL and European clubs.

The Manchester City striker had just performed another hat-trick during the English Premier League derby rivalry against Manchester United, to help The Blues defeat the Red Devils 6-3 at Etihad Stadium.

The Norwegian scored in the 34th, 37th and 64th minute, while his teammate, England young star Phil Foden also made three goals in the 8th, 44th and 73rd minute.

The two players’ hat-tricks in the goal show had humiliated Man United while tearing their poor defence apart, although the away team answered with three goals from Antony Santos and Anthony Martial.

Haaland, who signed by The City in July this year, continued his horrible condition this season and had scored 14 goals so far including three hat-tricks.

He broke the Premier League record with three hat-tricks in the shortest time of eight matches. Besides, he is also the first person to score three goals in three consecutive home games.

In the EPL history, there are only seven players who were able to perform three hat-tricks in a single season, including Haaland. The others are Alan Shearer, Harry Kane, Sergio Aguero, Luis Suarez, Dimitar Berbatov and Ruud van Nistelrooy.

The Norwegian Who Conquered EPL

Haaland has shown his ability to score among all clubs in the English Premier League, and he is expected to break more records as he is just 22 years old.

After matchday 9, the Norwegian himself had collected more than the other 14 EPL clubs’ goals each, including Manchester United, Chelsea, Newcastle and Fulham.

With his outstanding performance, Man City is expected to continue their victory in coming EPL matches, to take over the first position from Arsenal which is just one point behind them, and finally defend their league champion.

Hence, with the guarantee of scoring from Haaland, The Blues are also putting much hope in the European competition, to win their first ever UEFA Champions League title. Haaland had made three goals in this season’s UCL group stage, during the games against Sevilla and his former club Borussia Dortmund.

Stay In City For Three Years?

While Erling Haaland has kept crashing every team’s defence with his efficiency of scoring, his father had stated that his son might not stay in Manchester City for long years.

Alfie Haaland, who also served Manchester City during his career as a defender and midfielder, shared his thoughts regarding his son’s future on the day before the Manchester derby.

Alfie assumed that Erling might leave the City in three to five years, before his contract ended, to continue his career in other European major leagues such as Spanish LaLiga, Italian Serie A and French Ligue 1.

Erling, who had conquered the German Bundesliga, was awarded as the league’s Player of the Season 2020/21, and helped Dortmund to win the German Cup in 2021.

The Norwegian striker had signed a five years contract with Manchester City. Although he just joined the EPL defending champion this summer, many European giant clubs had shown their interest in him, including Real Madrid and Paris Saint-Germain.