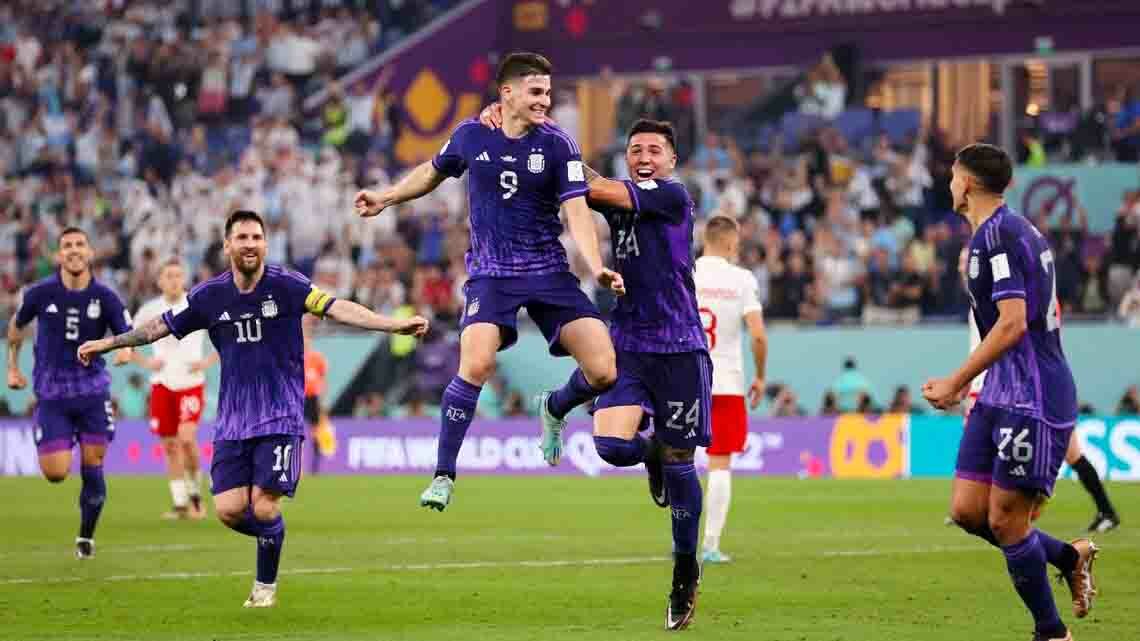 QATAR – Argentina redeemed themselves to book a ticket into the round of 16 in FIFA World Cup Qatar 2022.

In the final match of Group C which was completed last night, Argentina defeated Poland 2-0 in the deciding game, qualified as first place after an upset opening in this tournament.

Although the Polish featured Robert Lewandowski gained no points in this last group match, they still succeeded to advance into the qualification stage with only an advantage of one goal difference against Mexico.

The Mexican beat Saudi Arabia 2-1 in another match, but getting a huge disappointment to be eliminated with such an ending.

In Group D, France was still able to qualify for a first place although they lost 0-1 to Tunisia yesterday.

The defending champion sent most of their substituted players in this game, as they had confirmed to grab a seat for the round of 16 earlier.

However, the Eagles of Carthage failed to book a ticket into the next stage with this victory, as they are only four points after the match, standing in third place with two points behind Australia.

The Australian beat Denmark 1-0 in another match, thanks to the precious score from Mathew Leckie, to collect six points in total and finished in second place.

Next Round: France VS Poland

As all the matches of Group C and D had been played, another two matches of the round of 16 had been revealed.

Argentina will meet Australia on 3rd December to battle for a seat in the quarter finals. The favoured Messi is having a bright chance to lead his nation into the Last 8.

Meanwhile, France will play against Poland on 4th Dec as a focused match.

Les Bleus featured superstar Kylian Mbappe, who had scored three goals in this tournament, having higher odds to take down the Polish, and continue their journey to their second golden trophy.

On Thursday, there will be two matches in each Group E and F, to decide another four participants in the qualification round.

Spain will face Japan to find out the first or second place in Group E, where the Matadors need only a draw to lock a seat in the 16s.

Meanwhile, Germany has no way back tonight, as they must win the game against Costa Rica, to have a slight chance to avoid elimination.

The four times champion who lost to Japan and drew against the Spanish before, had only one point and standing in the bottom, are now depending on the result of Spain VS Japan to decide their fate.

The situation is getting worse for Deutschland as they have eight goals difference against Spain, it means that if the Spanish lost to the Blue Samurai with a small score, the German need a huge victory to redeem themselves to finish as second place.

You can read about FIFA World Cup: Korea-Uruguay Draw, Brazil and Portugal Wins too.