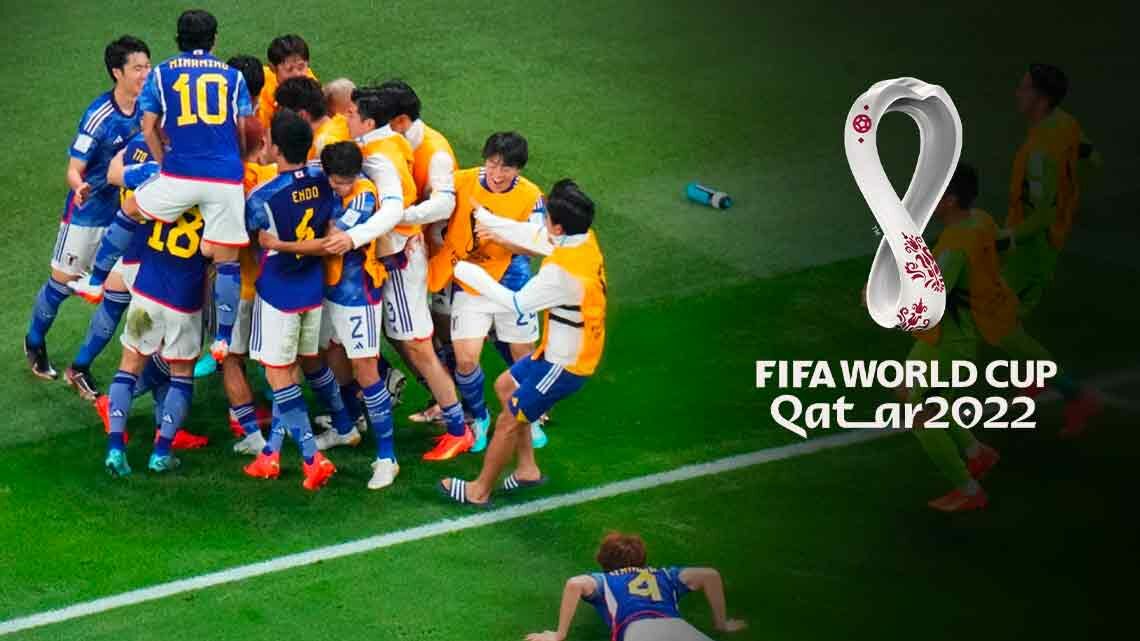 QATAR- The FIFA World Cup Qatar 2022 completed the fourth match day on Wednesday, while another upset result was shocking the world again.

Germany, one of the favourites of champion in this tournament, lost 1-2 to Japan, making all the fans and audiences hard to believe it.

The four times champion had a good start with a penalty score from Ikay Gundogan in the 33rd minute, giving them a good chance or even score more in the remaining time.

However, the Blue Samurai showed their remarkable team spirit in the second half, not just resolved every Germany’s attack, yet equalised the score in the 75th minute, and made the deciding goal in 83’, to perform an outstanding comeback to depress Deutschlands.

This is another surprising result between a former world champion and an Asian team. Argentina also lost 1-2 to Saudi Arabia the day before.

After the victory, Japan stand in second place of Group E, while Germany in third with zero points, having a huge stress to win the remaining games to avoid being eliminated in the group stage.

In the same group, Spain take the lead after a 7-0 huge victory against Costa Rica in the later match.

The 2010’s champions, who featured young players, showed their brilliant tactic and marvellous skills to dominate the game.

With a total of 17 shots and 82% ball possession, while the opponent had none of a shot in 90 minutes, the Matadors crushed the Caribbean squad to create the biggest win of this winter’s event so far.

The Spanish might not be the favourite of champion this year, as they lack top class players, instead relying on youngsters from Barcelona and Real Madrid, but Luis Enrique’s team proved that they are now ready to fight for their second golden trophy.

In the earliest match of Group F on Wednesday, Croatia, the runner-up in 2018, could only draw 0-0 against Morocco to gain a point.

Led by Luka Modric, former Best Player of the Year, Croatia dominated the game with plenty of attempts, but was unable to gain a score.

Meanwhile, Belgium lead the group with three points after a 1-0 thrilling win over Canada.

The former world number one national team collected their only goal by striker Michy Batshuayi in the end of first half, while they almost missed the victory, as the opponent’s penalty kick was saved by their goalkeeper Thibaut Courtois.

In the upcoming matches on Thursday, the focused game will be Brazil against Serbia in Group G.

The “Five Stars Samba” who are seeking their sixth world championship in Qatar, are looking forward to taking down Serbia for a great opening.

Featuring Neymar and fellow top stars such as Vinicius Junior, Rodrygo, Jesus, Raphinha, Richarlison and Antony, Brazil are undoubtedly one of the favoured teams in the Qatar World Cup.

CR7 is expecting a good start in his last journey of the FIFA World Cup, which has a bright chance to win with his quality teammates.

In the same group, Uruguay will meet South Korea earlier.