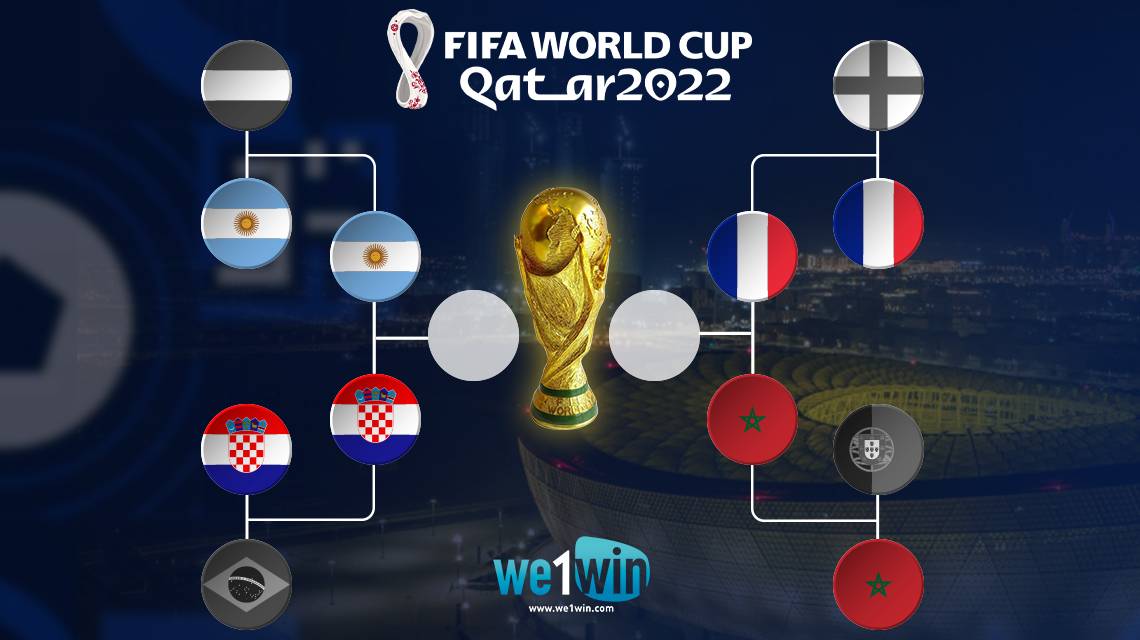 In the first match of quarter finals, Croatia again surprised the world by eliminating Brazil, the top favourite of champion in this Qatar tournament.

Although not the favoured side, the runner-up in 2018 showed their outstanding fighting spirit and tough stamina, to draw against the five times champion in the 90 minutes.

During the extra time, Brazil’s best player Neymar scored the first goal of this match in the 105+1’, however, Croatia dramatically equalised the score in 118’, to bring the game into the penalty shootout.

In the dead of alive stage, the Checkered Ones sent the Brazilian home with 4-2 victory.

Argentina is closer to their third World Cup title after knocking Netherlands out last Friday.

The South American led by Lionel Messi drew 2-2 with the Dutch after 120 minutes, the Eagles of Pampas grabbed a ticket into the semi finals after a 4-3 win in the penalty shootout.

Argentina will meet Croatia on 13th Dec to find out the first finalist of this year’s event.

Messi is now two more steps to his first world championship, while the Croatian is looking forward to advancing into the final for two consecutive times.

With the only goal from Youssef En-Nesyri, the Atlas Lions won 1-0 to become the first African team into the semi final in World Cup history.

The great Portuguese Cristiano Ronaldo who participated in his last World Cup tournament, shed tears after he failed to lead his national team to march further.

The Moroccan had surprised all people along their journey in Qatar, including defeated Belgium, Spain and Portugal, to continue their adventure as a super dark horse.

Now, it is not impossible that they could take down France in the semi final this Wednesday.

The defending champion showed their ability to retain the trophy, after a 2-1 victory over England in the last quarter final match.

Les Bleus had a good start with a fantastic long shot from their defending midfielder Aurelien Tchouameni in the first half.

The Three Lions equalised the score by a penalty kick from striker Harry Kane, while France ahead again with a powerful header from Olivier Giroud.

The English team once had a chance to draw and drag the game into extra time, but Kane who took his second penalty, shooted the ball to the stadium stand.

France expects to hail their third World Cup title, also become the third team in history who succeed to defend their championship.

However, they must not underestimate Morocco who are ready to shock the world again in this largest football competition.

If the French advance into the grand finale on 18th Dec, they will face Argentina or Croatia. There is quite a possibility that France and Croatia will meet again, repeating the battle of the championship four years ago.