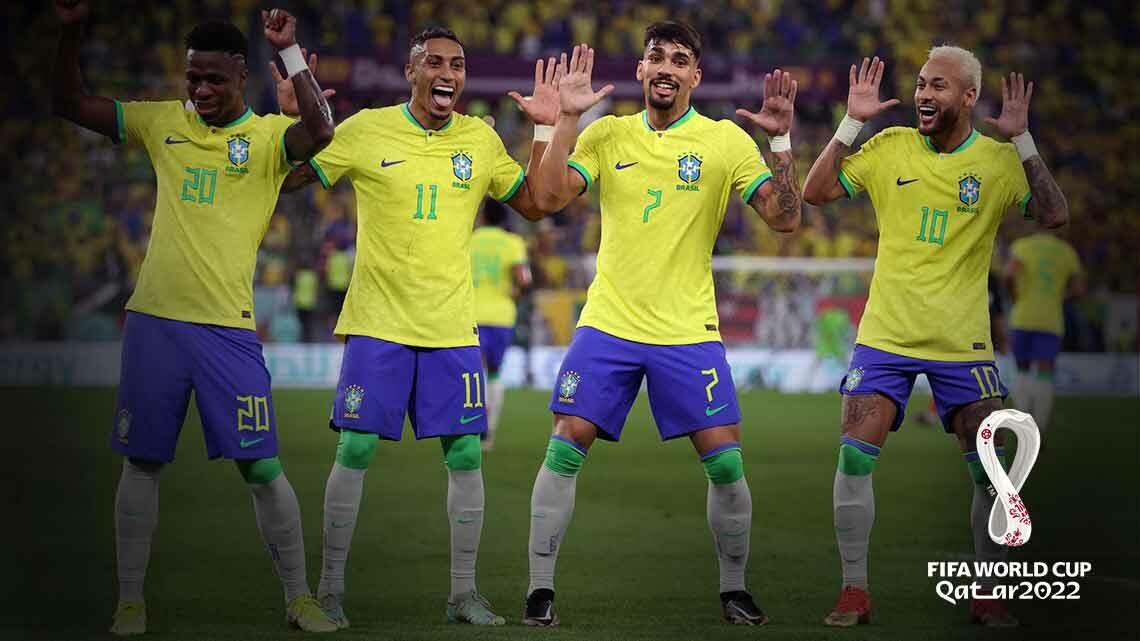 QATAR – All the Asian teams had been eliminated in the FIFA World Cup Qatar 2022 Round of 16.

Six teams had qualified into the quarter finals after another two matches played on Monday.

Croatia knocked out Japan to become the fifth team into the Last 8, by winning the penalty shootout 3-1 after a 1-1 draw in the 120 minutes. 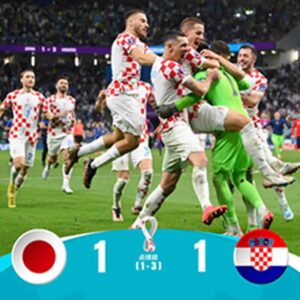 The runner-up in 2018 faced a tough fight against the Blue Samurai, while their goalkeeper Dominik Livakovic became the team hero by saving three penalty shots from their opponent in the dead or alive moment.

Led by 37 years old Luka Modric, the Checkered Ones maintained their battling spirit as the finalist four years ago, making the Japanese upset to stop at the first qualification round.

In the later game, Brazil beat Korea 4-1 to book a meeting with the Croatian on 9th December. 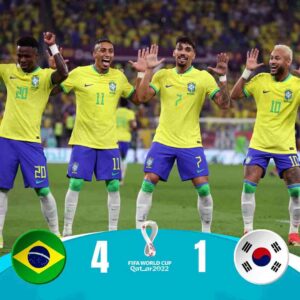 The five times champion showed their tremendous firepower by netting four goals in the first half, vanishing the hope of the Taegeuk Warriors to march into the quarter finals since 2002.

The Samba squad with several top striking players to form the best attacking formation in the world, having all goals from different players including Vinicius Junior, Neymar, Richarlison and Lucas Paqueta.

Treated as the top favourite of champion in this Qatar tournament, the Brazilian is looking forward to beating Croatia in the next stage, to advance into the semi final.

After Japan and Korea had been eliminated yesterday, this meant all the Asian teams were sent home in the round of 16.

Team Australia, who are under the Asian Football Confederation, lost to Argentina on Saturday. Saudi Arabia, Iran and Qatar, the hosting team were stopped in the group stage.

On Tuesday, two countries from the Iberian Peninsula are expecting to become the last two teams into the Last 8.

Spain will play against Morocco in the earlier game. The Matadors who finished Group E as second place, have to be careful of the dark horse who had won Group F.

The African team surprisingly stayed unbeaten in the group stage, including defeating the former world number one Belgium 2-0, also won against Canada and drew with Croatia.

The Spanish featured young players including Gavi, Pedri, Ansu Fati and Ferran Torres, proved their potential to fight for the trophy with a 7-0 victory against Costa Rica in the opening match. 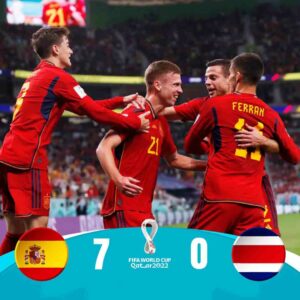 Meanwhile, Portugal will meet Switzerland to grab the last ticket into the quarter finals.

The Portuguese legendary superstar Cristiano Ronaldo doesn’t have a great performance in Qatar so far, however, his teammates Bruno Fernandes carried the responsibility including scoring twice during their win against Uruguay last week.

Switzerland led by Arsenal midfielder Granit Xhaka and Xherdan Shaqiri, having an ambition to eliminate A Selecao with strong team spirit.

Take a Break for Quarter Finals

After the last two games finished on Tuesday, the FIFA World Cup Qatar 2022 will proceed to the quarter finals on 9th Dec.

The tournament will rest for two days, to let all the eight teams have a break for more exciting battles in the coming stages.