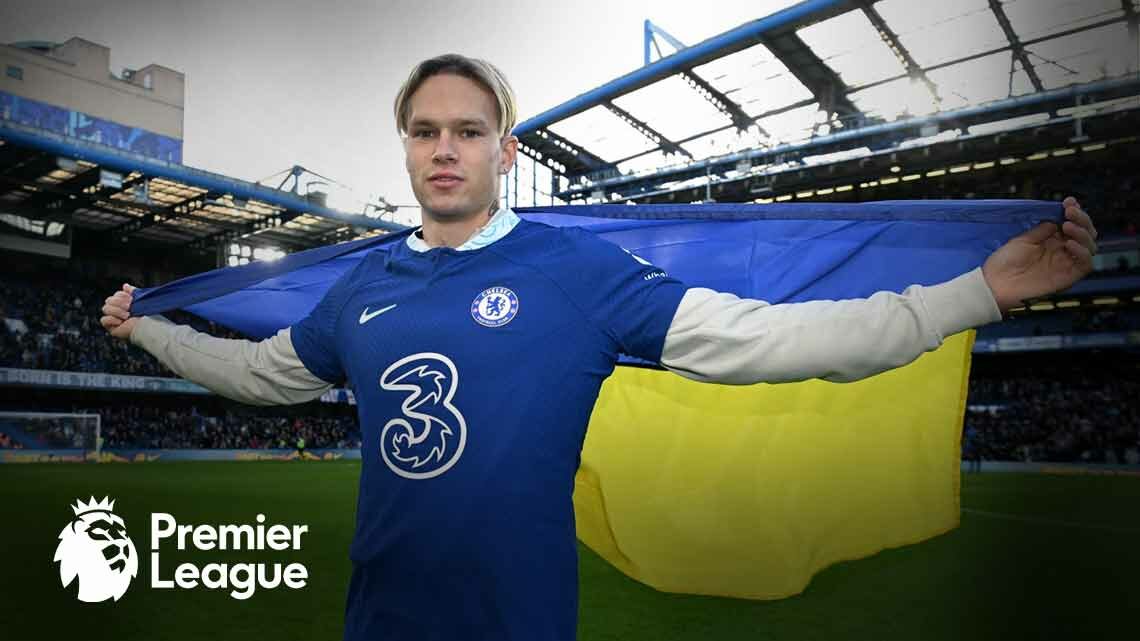 The football transfer window in winter this season had gone halfway, some European giant clubs had made great deals to sign or sell players at high values.

On Sunday, Chelsea announced the joining of Mykhailo Mudryk from Shakhtar Donetsk, with a contract as long as eight and half years.

The 22 years old Ukrainian striker had played 24 matches for his national club this season, contributing ten goals and eight assists, including three goals and two assists in the UEFA Champions League.

The transfer fees of this new rising star is a total of 100 million Euros, creating the second highest record for the Blue Lions.

Actually, Mudryk was close to joining Arsenal before being signed by their London rivals.

As reports, the Gunners had prepared as much as 95 million Euros to have this attacker, but it doesn’t make up Shakhtar’s mind.

Now, Chelsea are overtaking the current English Premier League leading club to enhance their firepower on the front court.

Mudryk is the second most expensive player ever bought by the Stamford Bridge home team, just behind Romelu Lukaku who cost them 113 million last season, but ended up with a huge disappointment.

Todd Boehly, the new club owner of Chelsea who took charge last June, is willing to spend much money to bring the Blue Lions back on track.

The London giant is now at tenth place in the EPL, the same 28 points as number nine Liverpool, ten points away from number four Manchester United.

The poor condition and struggling position gave the team manager Graham Potter a huge stress, it seems buying a few valuable players is one the quick solutions.

The Record of Spending

After the deal of Mudryk, Chelsea created a record of the highest spending of a club in a season, as much as 425 million Euros this season, for both transfer windows.

This winter, they added in Benoit Badiashile and Andre Santos before Mudryk came, plus loaned Joao Felix from Atletico Madrid with 11 million, making a total of 170 million.

Most Expensive Player in 2022

Who is the most expensive player in the football transfer window 2022?

Antony Santos holds the record with a transfer fee of 100 million Euros, moving to Manchester United from Ajax.

The Brazilian winger is the favourite of the Red Devils’ coach Erik ten Hag, as they had cooperated during their times in the Eredivisie club.

The 22 years old attacker had scored five goals in all competitions this season, the second best in United, but still unconvinced to show his sky high value.

However, ten Hag’s expense is clearly wiser than Chelsea, plus his remarkable managing ability, Manchester United is having a much higher chance to end this season as top four than the Blue Lions.