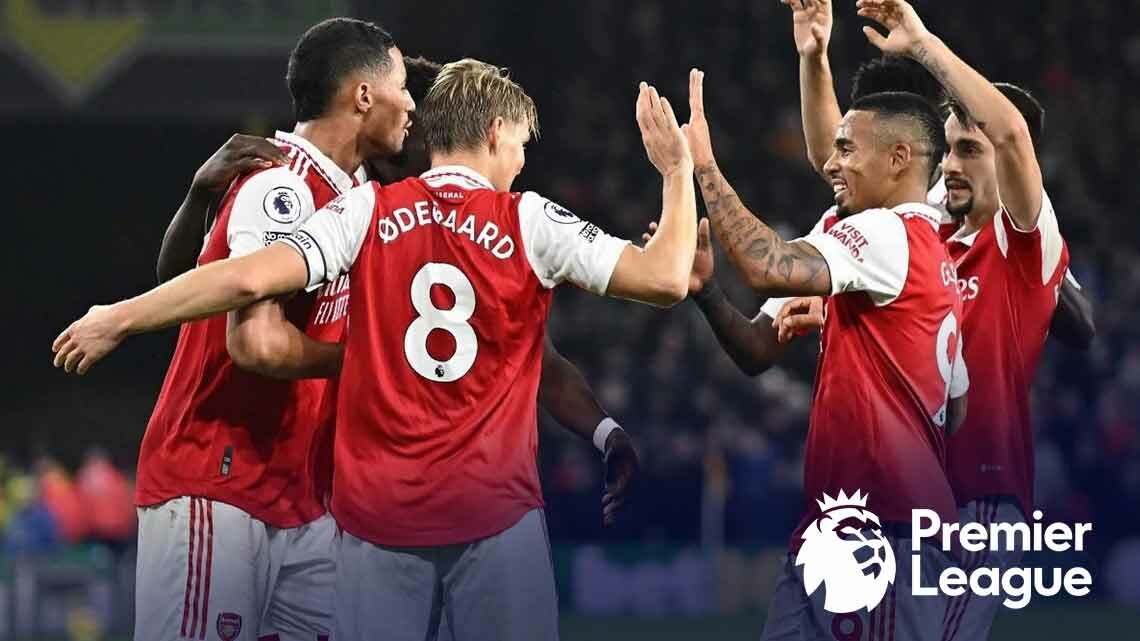 The Gunners are the English Premier League’s champion of Christmas.

The EPL season 2022/23 completed the matchday 16 on weekend, Arsenal defeated Wolverhampton 2-0 in the away game Saturday, to assure their first place until Christmas.

With both goals from captain Martin Odegaard, the London club hailed three consecutive wins in the league, while remaining unbeaten for eight matches.

Mikel Arteta’s team are now leading with 37 points, five ahead of Manchester City who had shockingly lost to Brentford 1-2 at home.

This means Arsenal will hold the seat of throne at least until 31st December as the matchday 18, because the league will break for six weeks from now on.

City, the reigning champion, had a frustration at Etihad Stadium in the early game on Saturday, beaten by the Bees with two goals from Ivan Toney.

The English striker who missed the journey to the Qatar FIFA World Cup, had scored ten goals in this season’s Premier League, standing in third on the scorer board.

After two losses in the last five games, Pep Guardiola’s team had a less advantage in the table, only two points ahead of Newcastle.

The Magpies hailed five consecutive wins in EPL, after a 1-0 victory against Chelsea in the clash of rich clubs.

With the precious goal from Joe Willock, Newcastle stayed unbeaten for 11 matches, and rose to third place with one point ahead of Tottenham Hotspur.

Liverpool rose to sixth place after a 3-1 victory over Southampton at Anfield, thanks to two goals from Uruguayan striker Darwin Nunez.

The Reds get their winning streak to recover from previously low performance, now four points behind Manchester United.

Man United, who appeared in the last match, gained three points with a breathtaking win against Fulham in the away game.

The Red Devils had a good start with a score from Christian Eriksen, however, equalised by Daniel James in the 61st minute.

The 13 time EPL champions finally received their deciding goal from Alejandro Garnacho in the last minute, turning their point from one to three dramatically.

After three wins and one draw in the last five matches, Erik ten Hag’s team is now in fifth place, three points behind Tottenham while one game less.

The English Premier League will rest for six weeks, resuming on 26th December, to make way for the FIFA World Cup 2022 which will be held in Qatar from 20th November to 18th December.

As this world’s largest football tournament is played for the first time in winter, it will be a huge challenge for those club players to recover their staminas and physical conditions within the tight schedule.