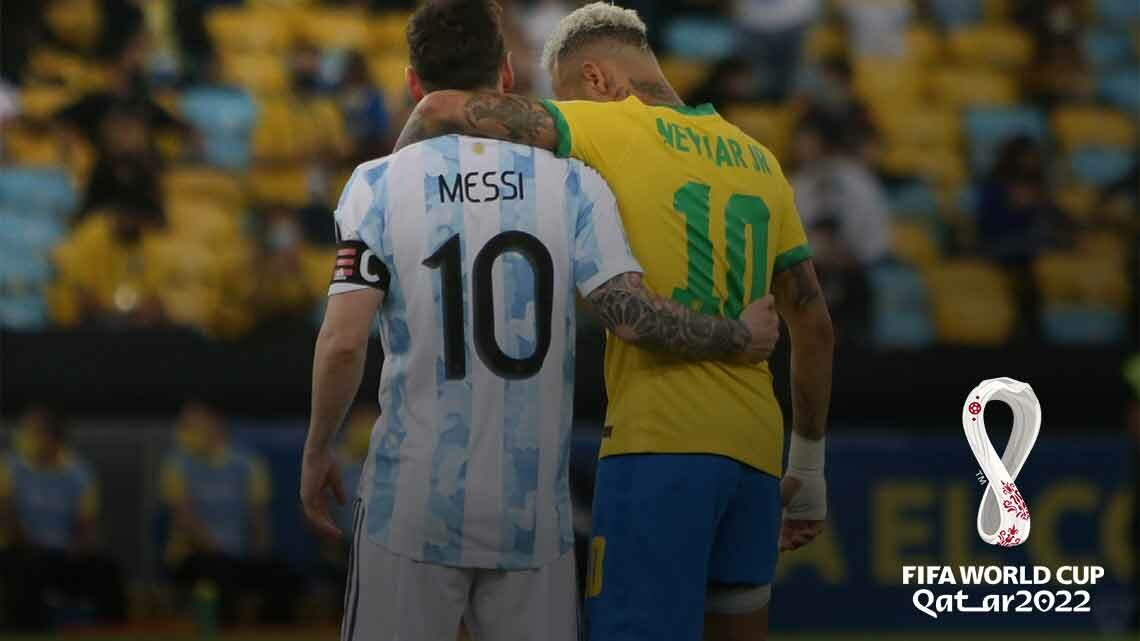 Who are the favourite teams expected to win the championship of Qatar FIFA World Cup 2022?

International sports booking platforms had listed out the odds or probabilities among the 32 teams, to become the World Cup champion this year.

The duo from South America are top two favourites in the list. Brazil, the five time winners, had the odds as low as 1:5.

The Samba squad led by Neymar and several top class young attackers, have a bright chance to hail their sixth trophy this winter with less strong competitors.

Argentina are second in the list with odds 1:6, the two times champion featuring currently world best player Lionel Messi, looking to reclaim the throne after completing as runner-up in 2014’s event.

The seven times Ballon d’Or winner which will appear in the world largest football tournament for his last time, desiring to collect the golden trophy to make his career perfect.

France are the third favoured team to win the Qatar event with odds 1:7.5, the defending champion having the highest expectation among all European teams.

Les Bleus had reduced their strength upon the absences of few key players, including N’Golo Kante, one of the world’s best defending midfielders, and Paul Pogba, the attacking midfielder who contributed a lot in 2018’s tournament.

Meanwhile, England, the national team with the most fans, is the fourth choice with odds 1:9.

The Three Lions, which had plenty of star players from the Premier League, such as Harry Kane, Bukayo Saka, Phil Foden and Marcus Rashford, showed their ability to claim their second World Cup title since 1966, by completing the Euro Cup last year as runner-up.

Germany are always among the top favourites of champions in every World Cup tournament. This year, they are in fifth with odds 1:11.

The Deutschland team which won four trophies in history, are reputed with their teamwork and integration, as well as their fighting spirit, although they lack top class midfielders nowadays.

The Spanish national team had the same odds as Germany, the 2010’s champion who are famous for their tiki-taka playing style, could make surprise with their combination of talented and experienced players.

The Netherlands are seventh in the list with odds 1:13.

The Orange Squad who never won a World Cup title, still have the potential to raise their first golden trophy, with their remarkable ability overall.

Team Portugal and Belgium are in the top nine with the same odds of 1:17.

Portugal, featuring the great Cristiano Ronaldo, aiming for their first ever world championship with plenty of top players along CR7.

Meanwhile, the Belgian squad was once the most valuable national team, now having less probability than the other giant teams.

The Red Devils led by Kevin de Bruyne, one of the world’s best playmakers, are lacking other top level players, making them difficult to go further in Qatar.

Not just watch FIFA World Cup, you can also keep updated with the live score and real time statistics of every match at 24.live, to catch up the entire tournament with only one platform.