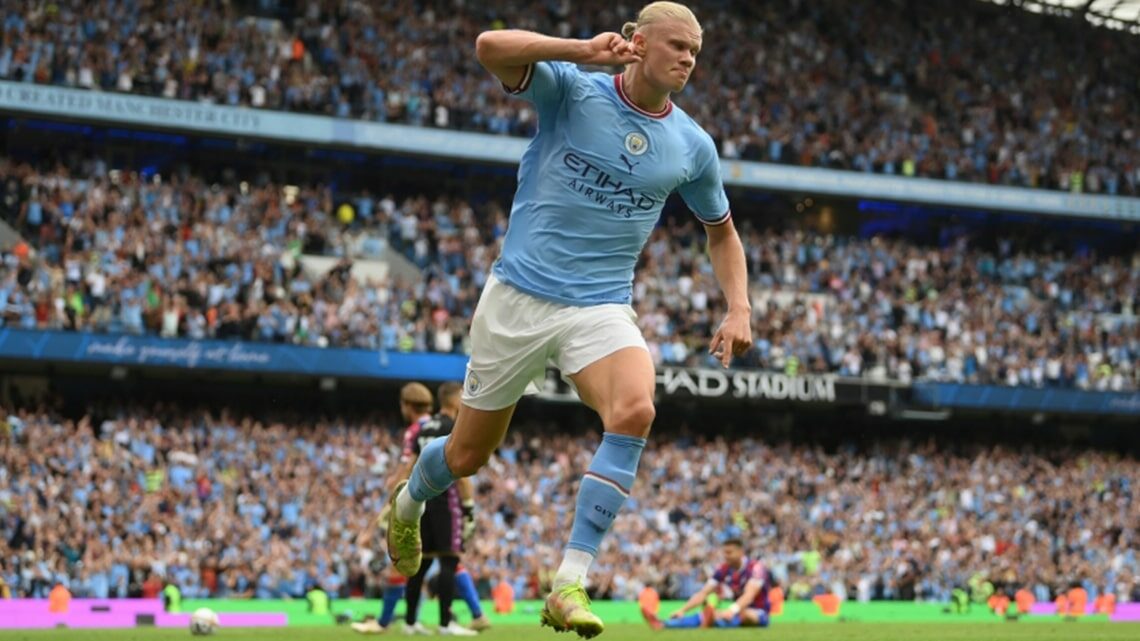 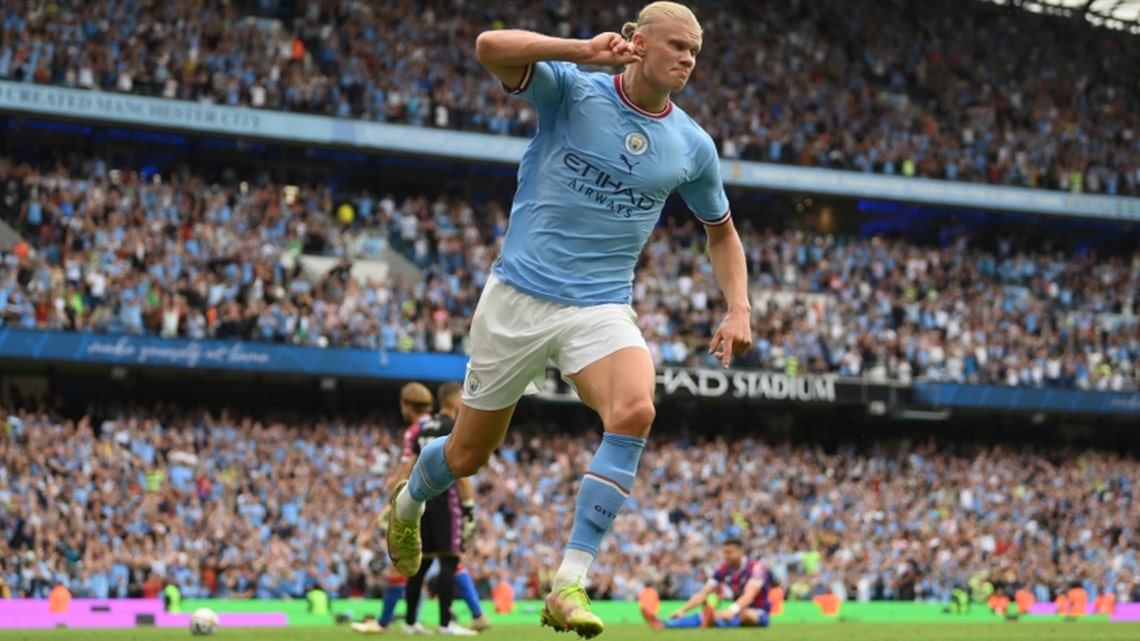 Arsenal maintain their first place in the standing, by winning all the four matches in this season, including the 2-1 victory over Fulham last Saturday.

The Gunners performed a brilliant comeback, as they were falling behind 0-1 after the scoring of Fulham’s top striker Aleksandar Mitrovic at 56’. The goals from captain Martin Odegaard and Gabriel Magalhaes helped Arsenal secure three points at the end.

Arsenal expected to achieve four wins consecutively, in the away game against Aston Villa on 31st August.

Meanwhile, defending champion Manchester City also completed a sensational comeback, after falling behind 0-2 in the first half against Crystal Palace at the Etihad Stadium.

After Bernardo Silva’s goal at 53’, City’s new signed striker showed his value again with a perfect hat trick, scores at 62’, 70’ and 81’, helping the home team to secure three points with final score 4-2.

This is Haaland’s sixth goals in this EPL season, making him the top scorer of the league so far, leading Mitrovic, Leeds’ Rodrigo and Hotspurs’ Harry Kane with four goals each.

13 times EPL champions, Manchester United gets their two wins consecutively, by defeating Southampton 1-0 at the away game, thanks to a goal from Portugal midfielder Bruno Fernandes.

The Red Devils are now standing at the eighth place with six points, and hope to get another three points in the away game against Leicester on 1st September.

Liverpool is the most powerful team in all of last week’s EPL matches, which they slaughtered Bournemouth with a crazy score of 9-0 at Anfield Stadium.

With scores from Diaz, Elliott, Alexander-Arnold, Firmino, van Dijk and Carvalho, plus an own goal from Mepham, The Reds create their biggest victory ever in the EPL history, and also the fourth club in the league history to score nine goals in a match.

After the first win in this season, Liverpool are going up to ninth place with five points, and pursuing their second win in the home game against Newcastle on 31st August.

England top striker Harry Kane helps Tottenham Hotspurs again to collect three points in the 2-0 victory against Nottingham Forest at the away game.

Kane’s goals on 5’ and 81’ takes Spurs to get their third win in this season, staying at third place of EPL standing with 10 points, above Brighton with the same points but better goals difference.

This is Kane’s fourth goal in his three recent matches, where his goals had directly helped Spurs to draw with Chelsea and win over Wolverhampton in previous games.

After the matchday 4 which ended on 28th August, the EPL will continue with a tight schedule, as the next matchday is just three days after, from 30th August (Tuesday) to 1st September (Thursday), while the matchday 5 is just after it, starting from 3rd September (Saturday).