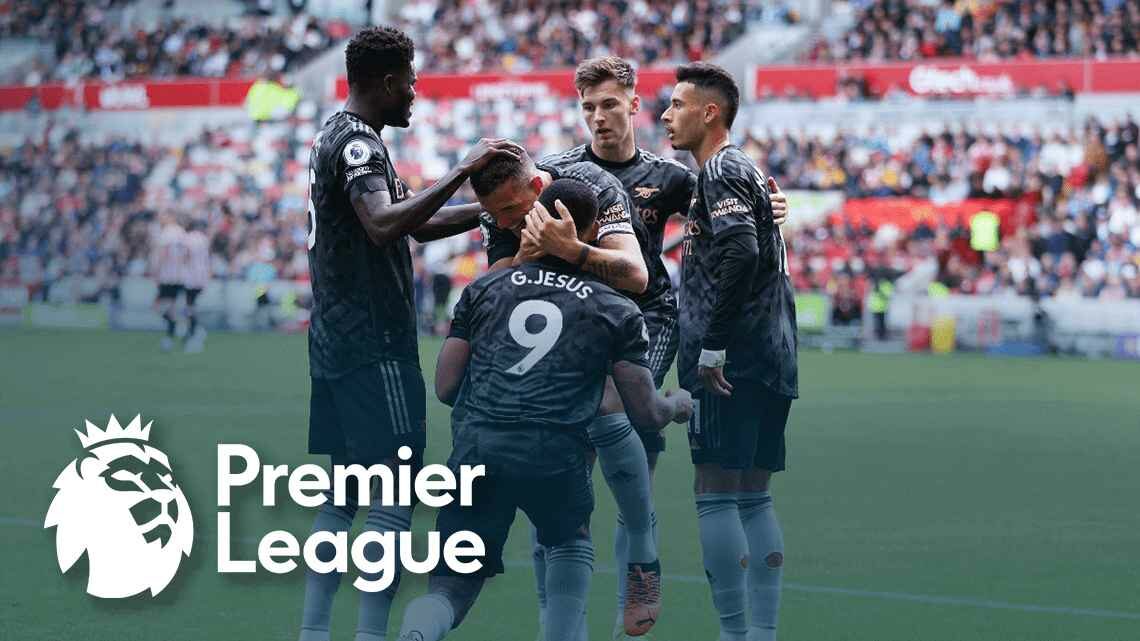 LONDON – The English Premier League completed the matchday 8, as there were seven matches being played on last Saturday and Sunday.

Another two games were postponed, due to lack of police force to control the stadiums, as they have to focus on the funeral of Her Majesty Queen Elizabeth II. Those matches include Chelsea against Liverpool and Manchester United against Leeds United.

Meanwhile, the game between Brighton and Crystal Palace was also postponed because of the railway construction in the local area of the home team.

Manchester City defeated Wolverhampton 3-0 in the away game on Saturday, to temporarily take over the first place of EPL standings, before Arsenal playing on the next day.

With goals from Jack Grealish, Erling Haaland and Phil Foden, the City collected 17 points to rise to top from third place, while remaining unbeaten in this season for all matches.

However, Arsenal reclaimed the throne within less than 24 hours, by beating Brentford 3-0 in the away game on Sunday.

Thanks to scores from William Saliba, Gabriel Jesus and Fabio Vieira, the Gunners collected 18 points with six wins and one loss, one point more than the City and Tottenham Hotspurs.

The Spurs kept hot pursuit on the top and second place, after a 6-2 exciting victory over Leicester City at home.

The Foxes led the match 1-0 with a penalty score from Youri Tielemans, while Tottenham equalised with a goal from Harry Kane. The scores from Eric Dier and Rodrigo Bentancur, the home team leading 3-2 in the 47th minute.

The Spurs’ Korean striker Son Heung-Min sent into the field as substitution player, turned the game into his show with an outstanding hat-trick.

The EPL Golden Boot winner last season made a perfect performance, to end his poor goalless situation in this season before this match. As the celebration of the score, he showed a whispering gesture to shut up those critics who doubted his ability.

The 4 Clubs with 1 Game Less

Brighton and Manchester United remained at fourth and fifth, with both teams skipping the matchday. While Chelsea and Liverpool had dropped to seventh and eighth place, as Fulham rose to sixth, after they defeated Nottingham Forest 3-2 in the away game.

In the other matches, Everton beat West Ham United 1-0, with a score from Neal Maupay, to get their first win in this EPL season, and rise to 13th place with seven points.

Newcastle drew 1-1 against Bournemouth, with goals from both team’s Alexander Isak as penalty shot and Philip Billing. The Magpies stood at 10th place and the Cherries at 12th.

Aston Villa won 1-0 over Southampton, thanks to the only goal from Jacob Ramsey, to get their second victory in this season, and rose to 15th place with seven points.

The Premier League and other European major leagues including Spanish LaLiga, Italian Serie A, German Bundesliga and French Ligue 1, will rest for this week, to make way for the UEFA Nations League.

The Nations League will compete on matchday 5 of group stage, from this Thursday to next Wednesday, involving most of the European national teams including France, England, Spain, Portugal, Germany, Italy and Netherlands.

Feel free to visit 24.live if you would like to watch football live streaming without buffering. We have the best live football streaming for free in Malaysia.