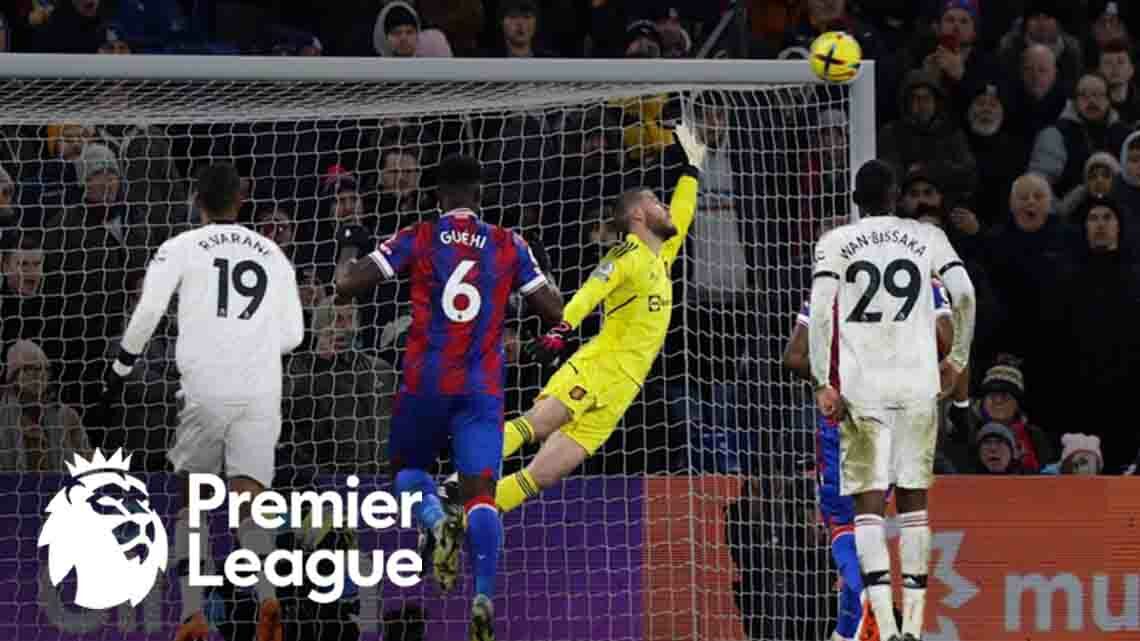 LONDON – The English Premier League season 2022/23 completed a make-up game of the matchday 7 on Wednesday night.

At Selhurst Park Stadium, Manchester United drew 1-1 against Crystal Palace in the away game, ending their record of nine consecutive wins in all competitions.

The Red Devils led the score with a goal from Bruno Fernandes in the 43rd minute, and held their advantage for most of the match.

However, in the additional time of second half, a top class fantastic free kick from home team’s Michael Olise depressed the visitors to end with only one point.

United’s first striker Marcus Rashford who scored for seven games in a row before this, having a low performance in the entire show, only a total of four shots with one on target.

Casemiro Absent The Clash with Gunners

For the worse, Manchester United defending midfielder Casemiro got a yellow card last night, making him unable to play against Arsenal on coming Sunday.

According to the Premier League rules, a player who collected five yellow cards in his first eighteen EPL matches in a season, will be suspended for his nineteenth game.

Before the battle against the Eagles, Erik ten Hag was expected to rule the Brazilian out of his players list to avoid such consequences, but the former Real Madrid star still appeared in the first eleven.

Now, the Dutch manager is having a huge problem arranging his best formation for the clash with the Gunners at Emirates Stadium.

However, ten Hag has enough confidence to defeat the leading team of EPL again since last September, as Casemiro was also absent in their first round of battle at Old Trafford which ended with 3-1 victory.

Miss The Chance to Rise to No.2

From three points turned to one, Manchester United missed a great chance to rise to second place of the Premier League after yesterday.

They are now in third place with 39 points, the same with Manchester City but have less goal difference and one more game played.

Newcastle United is in fourth position with one point behind the Devils, followed by Tottenham Hotspur with 33 points.

The 13 times EPL champions seek at least a draw against Arsenal on 22nd January, to keep their possibility to overtake the London club and win their fourteenth league trophy since 2013.

Before the clash of the Reds duo, Manchester City will appear on Thursday night to face Tottenham Hotspur at Etihad Stadium.

The defending champion had difficulty to pursue Arsenal with an eight points gap, hoping to recover from their unsatisfied condition with only two wins in the last five matches.

The Cities’ top forward Erling Haaland was also in low performance recently, unable to score in three appearances this year.

There are critics that Pep Guardiola’s squad is too reliant on the Norwegian, making their results become relevant with the number nine’s performance.

Meanwhile, the Spurs have a tough situation to return to top four or even maintain their fourth ranking.

You may find past news regarding MU here: EPL: MU Eyes on No 2, Two Clashes of Big Six