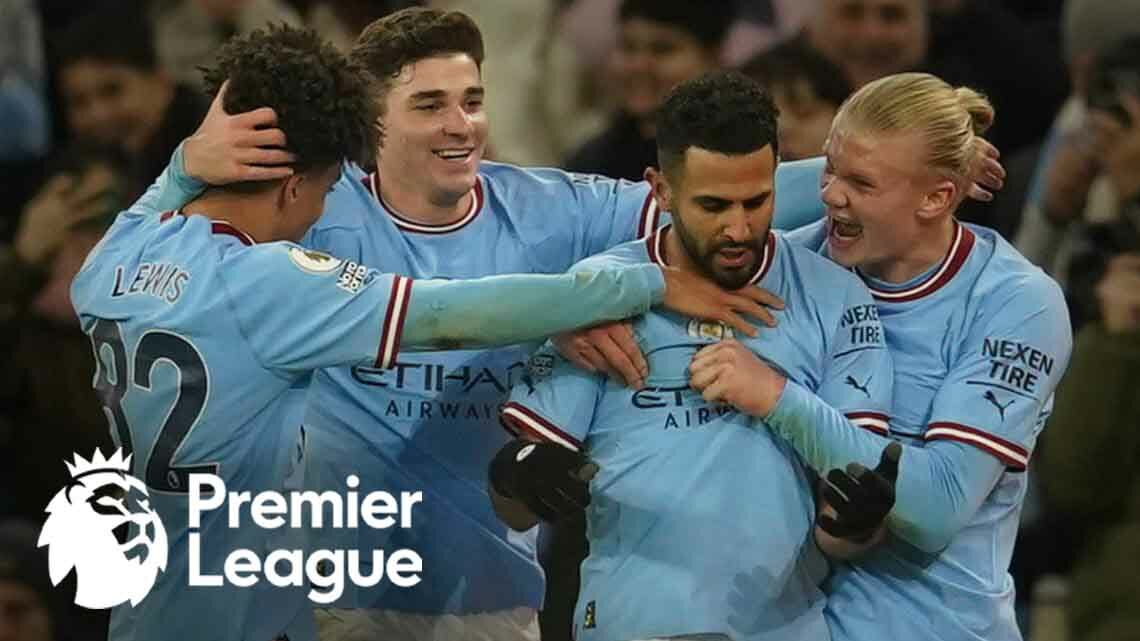 In this English Premier League season 2022/23 make-up game of matchday 7, the Cities once fell behind 0-2 to the visitors in the first half.

However, after a lesson by Pep Guardiola in the dressing room, the defending champion showed their ability to reverse the situation in the next 45 minutes.

Julian Alvarez scored the first goal for the home team in the 51st minute, Erling Haaland netted the equaliser two minutes after.

This is the Norwegian striker’s first goal in his last four matches, also his 22nd goals in this season of EPL, seven ahead of Harry Kane from the Spurs.

Riyad Mahrez acted as City’s hero by scoring twice in the 63rd and 90th minute, featuring in the comeback show with two goals and an assist.

The Algerian attacker succeeded to keep the home team on fire, when Kevin de Bruyne and Phil Foden were absent last night.

After the victory, Manchester City is now in second place with 42 points, five behind Arsenal but one more game played, while three points more than Manchester United.

The leading Gunners and the third place’s Red Devils will feature in the clash of giants on Sunday, the first day of Chinese New Year.

The show of the Reds duo will please the Cities, as they will either get closer to the London club or stay further from United after the match.

The friendly match between Riyadh All Stars XI and Paris Saint-Germain is another focused game on Thursday.

The exhibition show in Saudi Arabia was lit by a few top class superstars, including Cristiano Ronaldo, Lionel Messi, Kylian Mbappe and Neymar.

CR7 who plays for debut in his new Middle East club, scored twice including a penalty kick, while Messi and Mbappe each netted a goal.

In the end, the French Ligue 1 giant club beat Riyadh All Stars 5-4, giving the Portuguese legend a loss in his first appearance in Saudi.

Although regarded as the biggest football rivalry in the past decade, Ronaldo and Messi showed their friendship during the show by hugging each other.

On Saturday, the clash between Liverpool and Chelsea is to be focused on the Premier League matchday 21.

Both members of Big Six are now struggling at ninth and tenth place, the same as 28 points, ten behind number four Newcastle.

The home team who one game less than the Blue Lions have their advantage at Anfield Stadium, although they lost their last two EPL matches.

The visiting team’s new signed striker Mykhailo Mudryk might have his debut this weekend.

The Ukrainian who joined the London club with 100 million Euros is expected to prove his high value, by recovering Chelsea’s poor firepower this season.

Do you want to view more recent news? You may follow us to stay up to date on the newest news with us: Sports Live