Opponent’s Goalkeeper: Haaland is Not Human 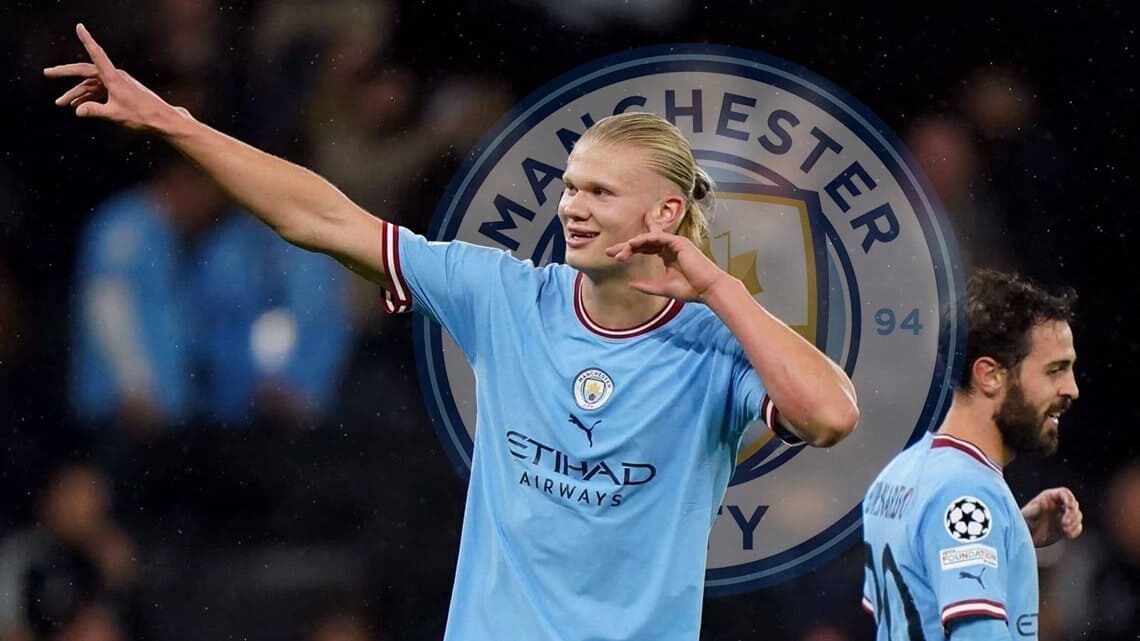 MANCHESTER – Erling Haaland has kept beyond people’s imagination with continuous goals this season, seems unstoppable and is going to break more records in football history.

The Norwegian striker who just joined Manchester City this July had become the most dangerous player in the English Premier League and the European competition.

The 22 years old forward had made goals for nine consecutive matches, as he is scoring twice in the game against FC Copenhagen, to help the City crush the Danish club 5-0 in matchday 3 of the UEFA Champions League group stage.

Haaland who scored in the 7th and 32nd minutes, closed to perform another hat-trick in the match, as the home team’s third goal was credited as an own goal by opponent player Davit Khocholava, who had stood before Haaland when the ball towards him.

After the UCL match, Haaland had collected 19 goals in 12 matches this season, including 8 Premier League games, 3 Champions League matches and the Community Shield.

The Norwegian is now on top of the EPL and UCL scorer boards this season, with 14 goals and 5 goals.

Among those matches, Haaland was only unable to score in one game, which is the EPL match against Bournemouth, the City won 4-0 at home even without their top striker’s score.

Praise From The Opponent Goalkeeper

Erling’s brilliant performance in the Champions League is even praised by his opponent team’s goalkeeper.

After the game against Copenhagen, City’s midfielder Jack Grealish stated this during an interview with the media.

“The (Copenhagen) keeper said something to me: He (Haaland) is not human. And I replied: “You are telling me?”

The fiery attacker who already conquered the Premier League in the quarter of this season, also terrified other European giant clubs, especially those teams who might face the Blue Moon in the UCL qualification stage.

Spanish media had reported that the contract between the Norwegian and the EPL defending champion consisted of a release clause, where he could join Real Madrid in 2024.

Guardiola didn’t acknowledge the report regarding the contract issue and said that Erling is happy now and enjoying his career in the current club.

In the latest valuations of Transfermarkt, Haaland’s price is as high as 150 million Euro, expected to be raised if he keeps the outstanding condition.

Real Madrid is claimed to have a huge interest in the aged 22 Norwegian, especially two years after, as their top striker Karim Benzema will be retiring at that time, and the Spanish giant requires a centre forward to take the scoring tasks.