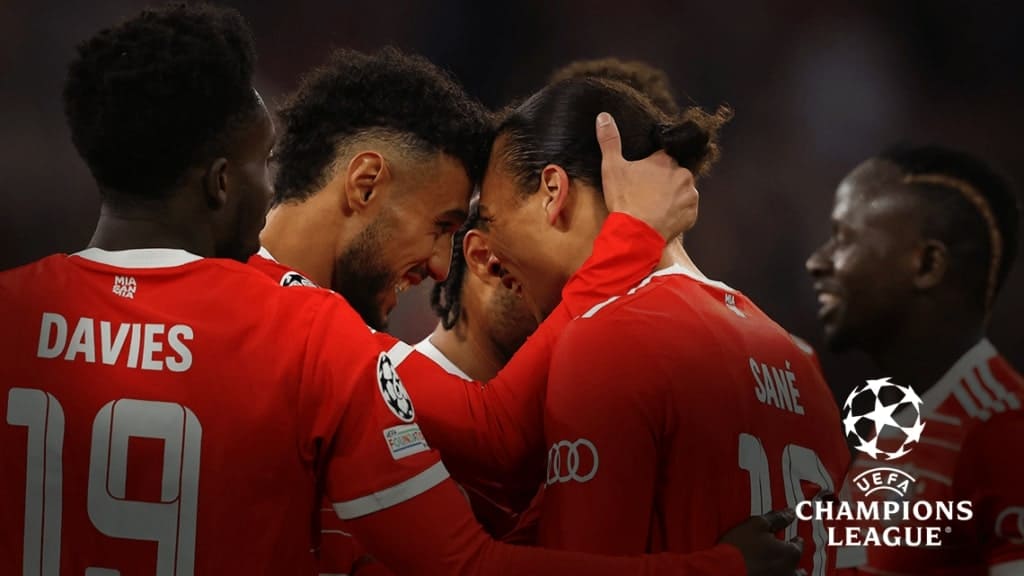 In the earlier game, Bayern Munich accomplished a big win 5-0 over Viktoria Plzen, to record three consecutive wins in Group C and lead with nine points.

With two goals from Leroy Sane, plus each score from Serge Gnabry, Sadio Mane and Choupo-Moting, the German giant club easily crushed the Czech club at Allianz Arena.

Bayern, who had beaten Inter Milan and Barcelona in previous matches, held the great advantage to qualify from the “group of death”, as they are six points more than the third place Barca.

Meanwhile, Inter defeated Barcelona 1-0 at home, thanks to the only goal from Hakan Calhanoglu in the bottom of the first half.

Although not favoured by most people before the match, the Italian club had shown their tough spirit to perform solid defence, rejecting all the attempts from the Spanish giant who are led by Robert Lewandowski.

However, there are a few arguable decisions made by the referee, even with using the VAR system, especially during the additional time of the second half, where the referee had refused a probable handball fault by the home team’s player, which could have brought a penalty kick.

In Group A, Napoli shocked everyone by slaughtering Ajax 6-1 in the away game.

The Italian club who is now leading the Serie A table, humiliated the Dutch giant club with goals from Giacomo Raspadori (2), Giovanni Di Lorenzo, Piotr Zielinski, Khvicha Kvaratskhelia and Giovanni Simeone. Ajax could only return a goal by Mohammed Kudus, while their midfielder Dusan Tadic was sent off in the 73rd minute after collecting a second yellow card.

Napoli, who is having a brilliant performance in this season, lead Group A with nine points, three points more than Liverpool and six more than Ajax, having the bright chance to advance into the round of 16.

Meanwhile, Liverpool beat Rangers FC 2-0 at Anfield Stadium, to get their second win in the group after three matches.

With a fantastic free-kick score from Trent Alexander-Arnold, and a penalty goal from Mohamed Salah, the Reds are now having the advantage to qualify from the group along with Napoli.

In Group D, Tottenham Hotspurs could only collect one point after a goalless match against Eintracht Frankfurt in the away game.

The English Premier League club showed their powerful attacking in the match, however, the striking duo Harry Kane and Son Heung-Min wasted several opportunities to get Spurs’ victory at German.

Tottenham now has four points, same with Frankfurt, both are two points behind Sporting CP, while one point more than Marseille.

Marseille performed a perfect comeback by defeating Sporting 4-1, after falling behind 0-1 at the beginning.

The French club played the home game in an empty stadium, as a punishment for their fans’ behaviour in the previous match. However, this doesn’t affect them to show their fighting spirit against the Portugal team to complete a big win.

Marseille is standing at bottom of Group D, but has a chance to qualify for the next stage as just three points behind the leading Sporting.