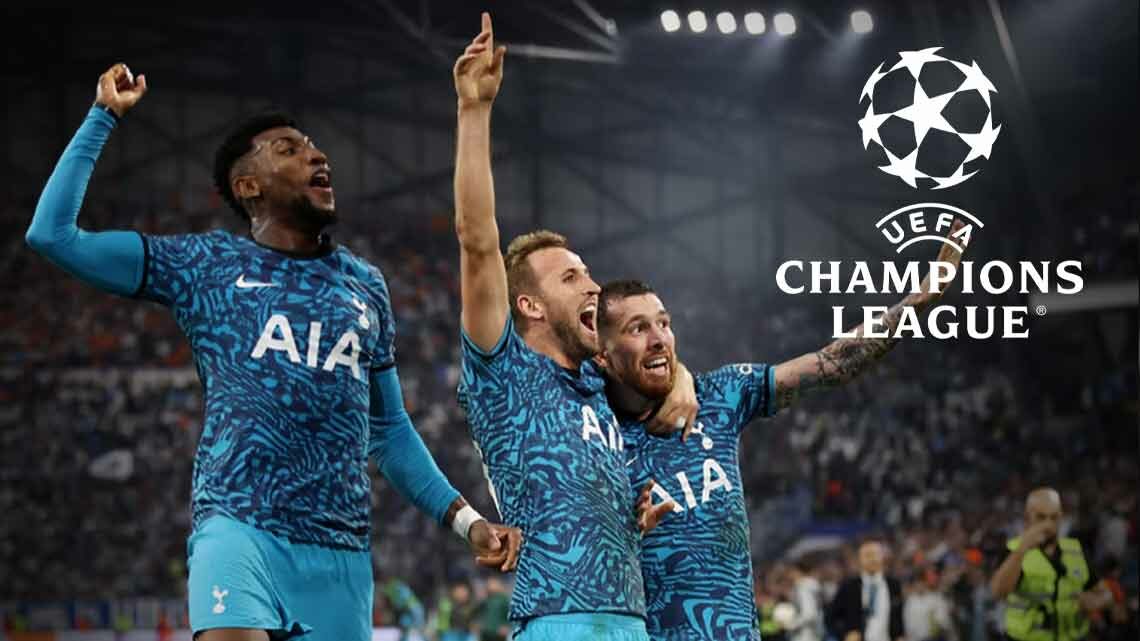 The UEFA Champions League season 2022/23 group stage completed the first half of matchday 6 last night, as the final standings from Group A to D had been decided.

In the most intensive Group D, where all the four teams had the chance to qualify as top two places before the last match, Tottenham Hotspurs and Eintracht Frankfurt become the clubs to advance into round of 16 at last.

The Spurs, which led the group with one point advantage before yesterday, had a breathtaking process in the away game against Olympique de Marseille.

The London club finally grabbed three points in the thrilling match, thanks to a late goal from Pierre-Emile Hojbjerg in the 90+5th minute, to hold their first place and have an advantage in the draw of the next round.

Meanwhile, Frankfurt also defeated Sporting 1-2 in the away game, and caught the second ticket in the group with ten points.

Sporting continued their journey in the Europa League with third place, while Marseille were totally knocked out from the European competition.

In Group B, Porto advanced into the knockout stage with first place, after a 2-1 victory against Atletico Madrid at home.

The Spanish club missed the entry to the Europa League as they finished as fourth place, as they have the same points as Bayer Leverkusen, but have a disadvantage in their head-to-head results.

Club Brugge, which had locked a seat to qualify after the last match, finished in second place after a goalless draw with Leverkusen.

In Group A which already decided the top two places last week, Liverpool beat Napoli 2-0 at Anfield Stadium, to give the Italian club their first loss in this season.

Napoli, who are leading both the UCL group and Serie A table now, had stayed unbeaten in both events for 18 matches before last night.

With two goals from Mohamed Salah and Darwin Nunez, the Reds avenged their 1-4 loss against Napoli in the first match, getting five consecutive wins in the group, however still finished as second place.

Ajax defeated Rangers 3-1 in another Group A game, making the Scottish team end their UCL journey with zero points.

Bayern – The Only Full Wins Team

Bayern Munich became the only team in the Champions League group stage to win all the six matches, after a 2-0 victory over Inter Milan at Allianz Arena.

The German giant club showed their terrific strength to compete for the title, by dominating Group C which is called “The Group of Death”.

Inter Milan, who had confirmed to advance into next round earlier last week, finished the group stage with ten points, three more than Barcelona.

Barca, who were already eliminated in the matchday 5, beat Viktoria Plzen 4-2 in the away game, kept the ticket to play in the Europa League.

Get The Updates on First & Second Place of Group Stage