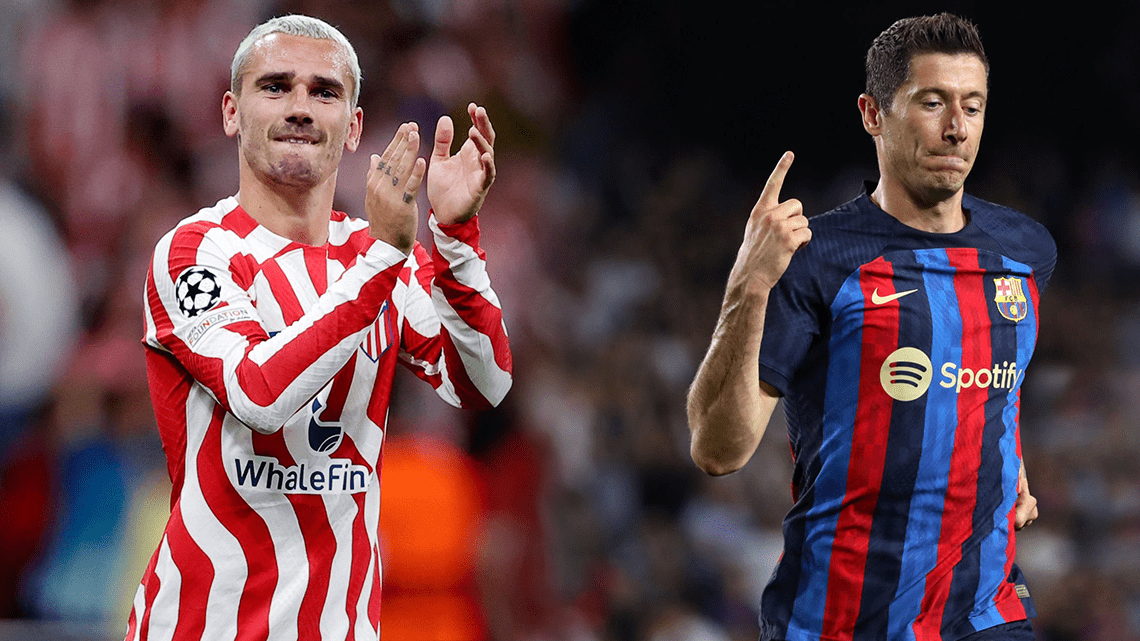 The UEFA Champions League season 2022/23 completed the first matchday of group stage, with the victories from two favourites of the champions, Bayern Munich and Barcelona, but Liverpool lost in Italy.

The German giant club Bayern defeated Italian famous club Inter Milan 2-0 in the away game, with the goal from Leroy Sane, while another own goal from the opposing player was assisted by him too.

Meanwhile, in the same round of group C, Spanish great team Barcelona slaughtered Viktoria Plzen, the weakest club in the group, with a score of 5-1 in Camp Nou Stadium.

Barca’s newly signed striker Robert Lewandowski, who joined from Bayern before this season, performed a hat trick with three goals in 34’, 45+3’ and 67’, showing that he is still one of the best strikers worldwide.

Meanwhile, Atletico Madrid shocking the world with a super dramatic win, by defeating Porto from Portugal 2-1, which all the three goals are made in the additional time of second half.

The Spain club scored their first goal in the 90+1’ by Mario Hermoso, however, the score was equalised by Porto’s Mateus Uribe with a penalty in 90+6’.

While most people expected a draw game between them, Atletico’s French star Antoine Griezmann showed his brilliant ability of scoring as a substitute again, by heading a goal in the very last 90+11 minute, creating the miracle to bring his team a precious three points.

Acted as hero of the club again, Griezmann is now a hot topic for Atletico and the LaLiga, to either fully purchase him from Barcelona instead of keep on loaning, or send him back to Barca, which the latter are not much like to pay for his high salary.

Liverpool, the runner-up of Champions League last season, lost tragically 1-4 to Serie A club Napoli, making their beginning of this UCL season a result of sadness.

With the two goals from Zielinski, and each score from Anguissa and Giovanni Simeone, the Italian team performed a pretty victory, while The Reds could only collect a goal from Luis Diaz.

Liverpool had been performing under expectation since this season in both the Premier League and UEFA Champions League, they are now standing at seventh place of EPL with only two wins. Although they made a historical win 9-0 over Bournemouth in the matchday 4, they are in unstable condition overall, making their head coach Jurgen Klopp in stress.

With two goals from their newly signed Brazilian star Richarison, Spurs showed a great start for their UCL journey this season.

Dutch top club Ajax showed their capability to compete in the European event, with a big win 4-0 over Celtic Rangers in the home game.

With goals from Alvarez, Berghuis, Hudus and Bergwijn, the reigning club of Eredivisie still strong enough to blow their firepower, although they sold their most valuable player Antony to Manchester United last month.

If you are keen to know more in depth about the news and updates of UEFA Champions League Matchday 1, feel free to refer to our blog section to find out more.