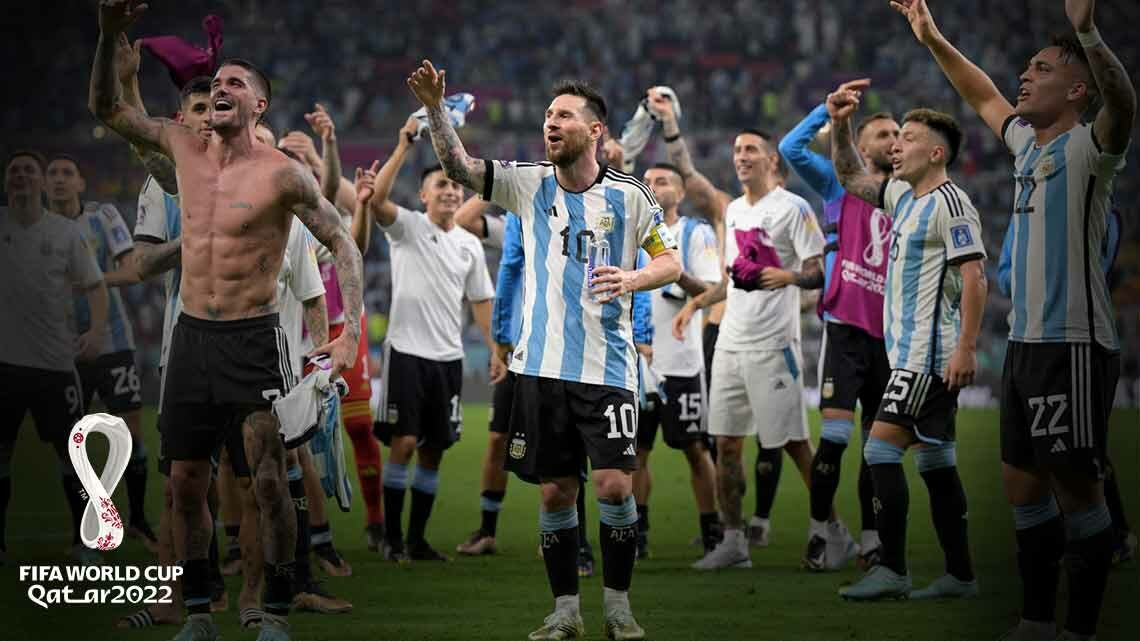 The quarter finals of FIFA World Cup Qatar 2022 will start on 9th December, to decide four teams into the semi finals.

In the two matches which play first tonight, the South America duo, Brazil and Argentina will face two teams from Europe, Netherlands and Croatia.

The Five Stars Samba expected to take down the 2018’s runner-up, to become the first team into the Last 4 in this Qatar tournament.

Featuring Neymar and several top class players such as Vinicius Junior, Richarlison, Raphinha, Rodrygo and Casemiro, the Brazilian has the best chance to win their sixth world championship since 2002.

The Croatian who marched into the final four years ago, are now declined from their best squad after some players have quitted, and some are at ages of retirement, including their captain Luka Modric.

The odds favoured team Brazil to hail the victory in 90 minutes, where they might have scored multiple goals with their terrific firepower.

The Clash of The Dutch and Messi

In the later game, the clash of the Dutch and the Argentinian will be a focused match among football fans worldwide.

Netherlands, who were three times finalist, are always a popular team in major competitions, with their delightful playing styles especially attacking.

The current Orange Squad might not have a superstar, but a few talented and experienced players such as Cody Gakpo, Memphis Depay, Denzel Dumfries and the “world best centre back” Virgil van Dijk.

However, the favourites on the Argentina side, as they have the great superstar Lionel Messi.

LM10 who helped his country to advance into the final of Brazil 2014, but lost to Germany 0-1 after extra time, desperates to hail his first world championship.

The 35 years old football icon who is playing for his last World Cup event, could again escalate his identity as the GOAT (Greatest of All Time) if he successfully brings his national team’s third golden trophy.

If Brazil and Argentina win their battle tonight, the two football giants will meet in the semi final on 13th Dec, guaranteeing a South American team into the grand finale.

France VS England, Portugal VS Morocco

On 10th Dec, another two semi finalists will be found out in the quarter final match between Portugal and Morocco, and the clash of France and England. 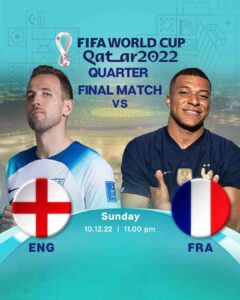 The battle between the defending champion and the Three Lions is also the most popular match in this tournament so far.

Les Bleus showed their strength to hold the title as well as their third world championship, after their victories against Australia, Denmark and Poland.

French striker Kylian Mbappe proved his identity as the world’s most expensive player, by scoring five goals in this Qatar tournament. The PSG star will be the deciding factor in this rivalry.

Meanwhile, Portugal looked forward to grabbing the last ticket into the Last 4, by taking down the dark horse from Africa.

The Portuguese are in great condition as they crushed Switzerland 6-1 in the round of 16, while Morocco again surprised the world by eliminating Spain after the penalty shootout.