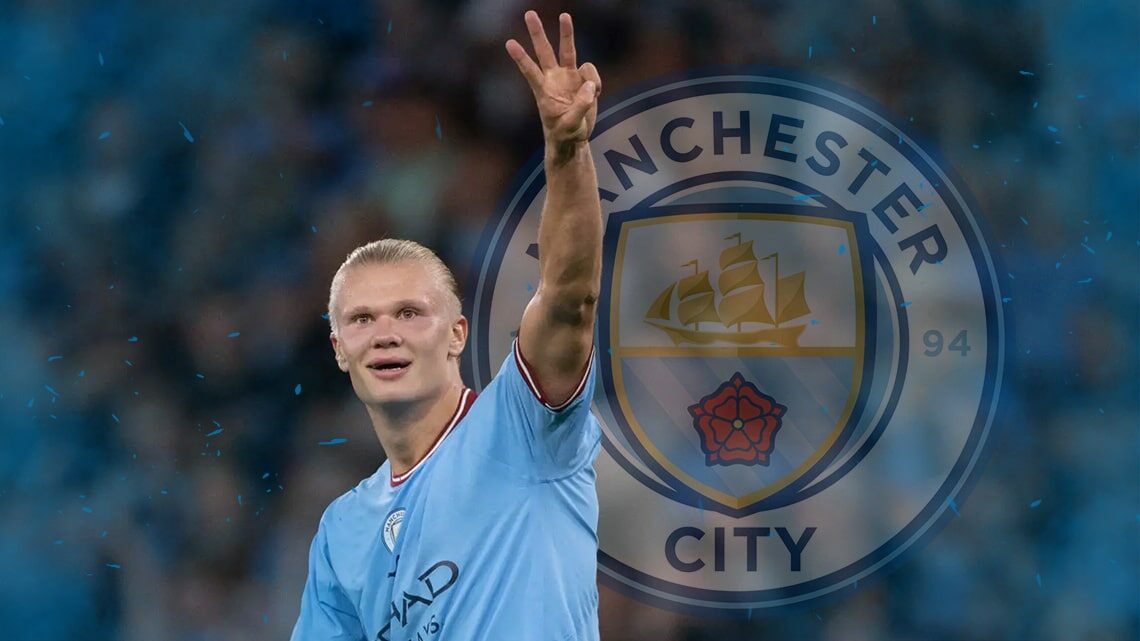 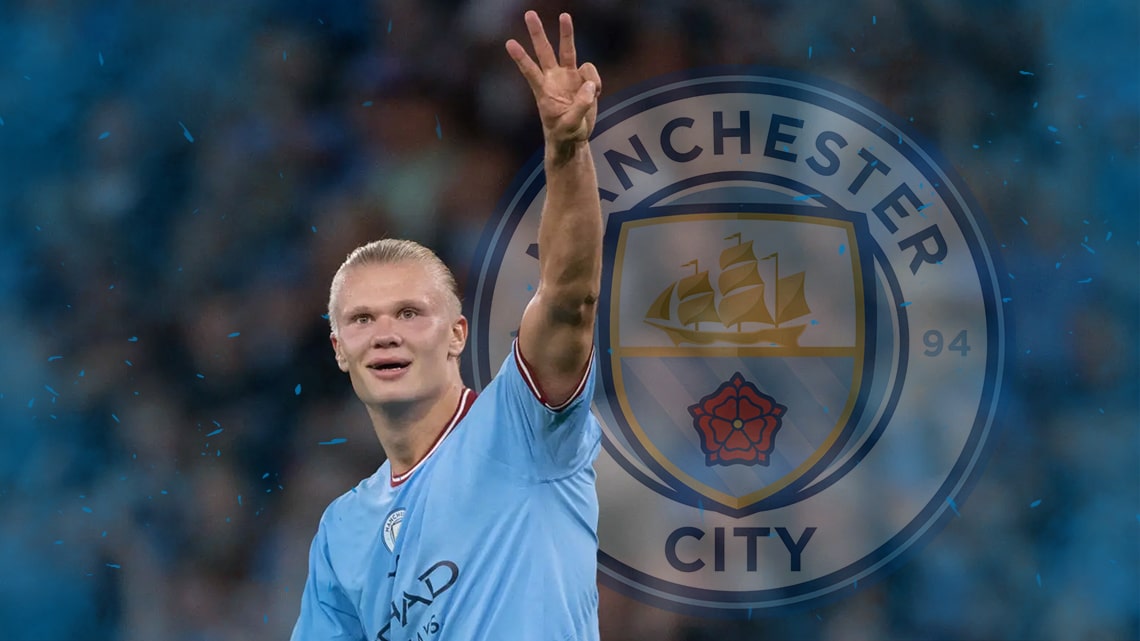 LONDON – Erling Haaland is undoubtedly the most outstanding player in this season of the English Premier League (EPL).

The Norwegian striker who now serves for Manchester City, performed another hat trick in the EPL matchday 5 against Nottingham Forest, helping the defending champion to achieve a huge victory 6-0 at Etihad Stadium.

The 22 years old star player had scored three goals in the match against Crystal Palace last Saturday, helping the City to complete a comeback when they were falling behind, with the result 4-2. Just four days later, Haaland put himself on show again, making his sixth goal in two games.

The superb attacker who joined The Blues before this season, with € 60 millions from Germany club Borussia Dortmund, kept proving his value and identity as a highly efficient striker, and a world top class player.

Haaland’s is performing a “perfect” hat trick in the big win against Nottingham, as all his three goals are scored in different body positions.

In the 12th minute, he received Phil Foden’s pass from outside the box, and shot into the net with his left leg. In the 23rd minute, he got the pass from Foden again in the middle of the box, scoring easily with his right foot.

In the 38th minute, John Stones passed on air from the side of the box, Halland with height of 194cm showing his dominance in the air with a heading, completing his hat trick.

Plus the two hat tricks, Haaland had scored nine goals in five matches of this EPL season, leading the scorer board with big advantages.

The second place in the EPL scorer board is Aleksandar Mitrovic from Fulham, who had five goals, followed by Rodrigo from Leeds, Harry Zaha from Tottenham Hotspurs and Wilfried Zaha from Crystal Palace, with four goals each.

The mighty ability of Haaland in scoring is not just unbeatable among the players in EPL, his performance is even exceeding most of the Premier League clubs in this season.

After matchday 5, there were only five teams including Manchester City themselves, who had collected more than nine goals for each of the teams. It means that Haaland’s goals himself already over the 15 EPL clubs in this season!

The Favourite of EPL Top Scorer

Not just the Premier League, Haaland is also highly potential to become the top scorer in the UEFA Champions League (UCL) season 2022/23.

The betting companies had announced the odds of this season UCL’s top scorer, the Norwegian is first choice in the list, with the odds as low as 1:4.5.